Skip to content
Home / Delve into the Depths in the Kobold Blog / Warlock Grimoire 2: Now Available 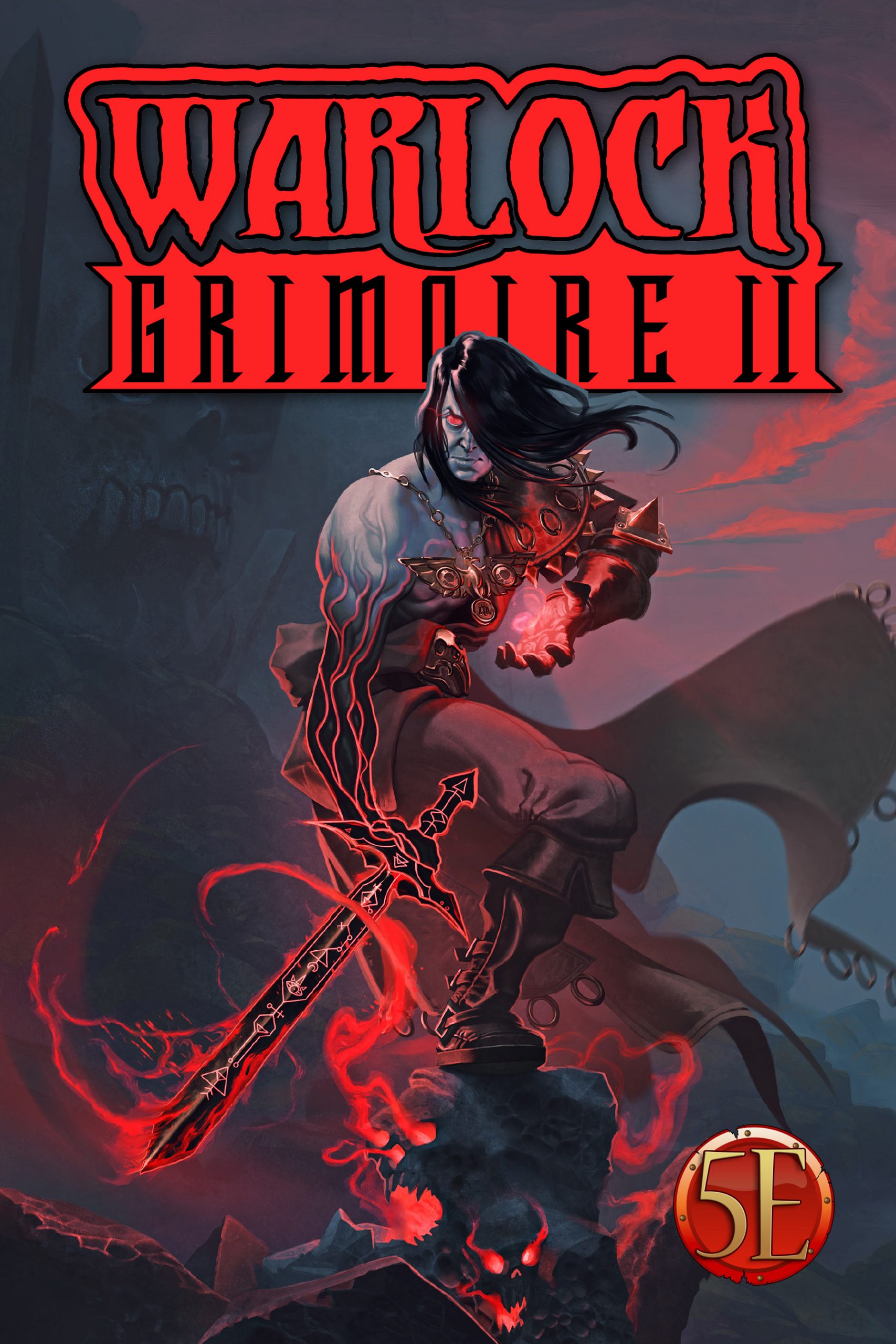 Open a Chamber of Hidden Lore!

Within these dusty pages, uncover the secrets of the world—indeed, of the branches of the multiverse! Collected here are entire lost volumes of esoteric truths. Only for you, the Warlock Grimoire 2! Dark revelations and wondrous testimonials of dark fantasy monsters and magic, locales and lore of Midgard:

The Warlock Grimoire 2 presents the content from issues 10–19 of the Warlock zine and includes an entire issue’s worth of new, never-before-seen lore and game elements, including both the mysteriously desolated Southlands city of Iram and the secrets of Grandmother herself, Baba Yaga.Uncover the truths of dark fantasy for the Midgard campaign setting—or for the worlds of your own creation!