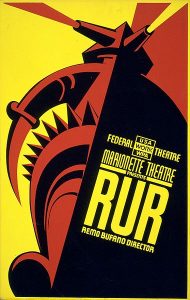 A metallic, barrel-shaped, quadrupedal contraption systematically makes it way along the underground passageway. It pauses suddenly as the mechanical “head” on top spins around, pointing a glowing red gemstone and an odd-looking nozzle in your direction.

Sewer sweeps were created ages ago to keep sewers and underground chambers clean of vermin, slime, mold, fungi, and flammable garbage. Whether they were created by some ancient civilization or by a long-lost clan of gnome tinkerers is unknown. A sewer sweep faithfully follows the last orders it was given—usually to patrol a certain area from end to end, cleaning up as it goes.

SPECIAL ABILITIES
Flamethrower (Su) The sweep’s nozzle can swivel 360 degrees and shoot a 15-ft.-cone of flame every other round. The flames cause 5d4 fire damage (Reflex DC 13 for half).

Assembling the metal body of a sewer sweep requires the Craft Construct feat and an outlay of 12,000 gp for materials.

Sewer sweeps were made to clean, but they are completely indiscriminate about what constitutes “underground vermin” and “garbage.” Dungeon delvers meeting one are advised to proceed with caution—it may lead with its flamethrower. For close combat, a sewer sweep punches with one leg while standing on the other three.