One of the biggest additions to the Scarlet Citadel adventure, after the addition of the Redtower chapter, is the inclusion of new levels and side quests. The first of these we hope to see funded is the Clacking Caverns, already listed in the stretch goals at $140,000.

If we reach this benchmark, we add an additional battle map to the Scarlet Citadel Map Folio poster set and an additional set of JPEGs to the digital map pack—plus a full writeup printed in the book itself and reflected in Roll20, Fantasy Grounds, and PDF, of course! It’s a major addition to the book, so please, tell your friends.

And what’s in the Clacking Caverns? Well, they are named for clacker beetles, which devour flesh and cave moss with equal speed. This swarm monster is somewhat similar to the scarab beetle swarms in The Mummy films. The Clacking Caverns are full of tombs, abandoned chambers, and glowing caverns of silent moss. Rumors about this strange set of chambers are sketchy at best; the sound of clacking makes more experienced adventurers turn and quickly march away.

But some say that the caverns house pools containing blind, telepathic fish—and that the pools themselves float in midair. A few speak of bones leavened with dwarven beard-rings. Still others describe a set of shining, gold-engraved armor of the radiant sun once worn by a paladin of Khors—armor that now provides a room with light and protection from the sun-sensitive clackers. Tales of a conversational and even helpful door-mimic also occasionally make the rounds.

Others share stories of narrow passageways filled with poisonous spores, or a nest of clacker beetles that contains the treasure of a hundred dwarven tombs. A few tell tales of a temple of Charun along the Black River where the clackers serve as guardians.

Of course, perhaps some of these tales are red herrings, or tales from poisoned, starved, lost adventurers hoping to spin a tale in exchange for a meal. Regardless, the Clacking Caverns are remembered mostly as a place where the dangers are great and luck is crucial.

Let’s fund this additional level and see what really lives and haunts the caverns and whether your own party can survive it! 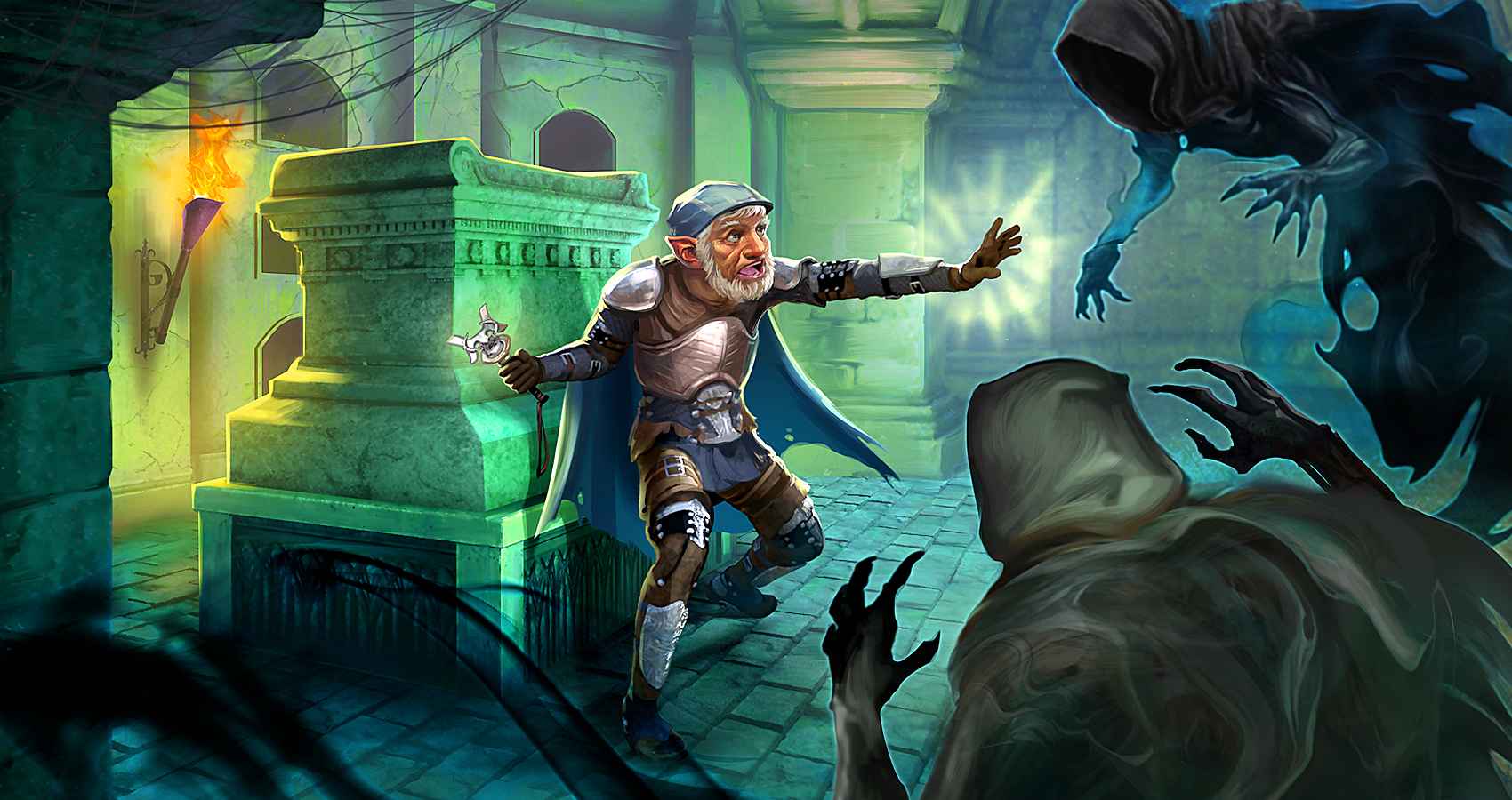