Skip to content
Home / Delve into the Depths in the Kobold Blog / Mharoti Master Chef: A Background 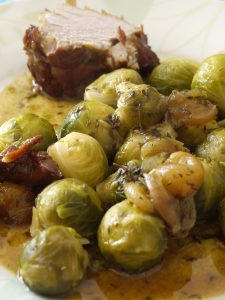 Food, an essential—and delicious—component of life. Those that can work its magic are highly valued in any culture.

Fine victuals are cherished in politics, business, and religion throughout Midgard, and you aspired to no less than the exceptional and the exotic. You were destined for more than lording over a three-star Trioloan restaurant or cooking aboard a luxury Siwali sandship.

Draconic fine dining was your calling, nothing less would serve. You are trained to prepare the meals and menus for the most discerning dragons.

You may have attended draconic academies in Achillon or Harkesh, or perhaps, you were a simple kitchen dredge rising to the service of the socially elite on skill and reputation alone.

Toiling through harsh tutelages under scaled and Jambuka (un-scaled) chefs, you learned that assistant chefs do not easily (or without risk) come by the far-flung ingredients for such delicacies as broiled basilisk heart, kava bean cakes, or the rich aboleth brain fondue. Soon, a love of the quest was born in you alongside dreams of a masterless life.

Attaining the status of Master, you have amassed a collection of recommendations, reviews, and references for affairs of state and fine dining for the rich and influential.

If non-draconic, you are likely a risen bondsman, serf, or freed slave—a favored pet released by a philanthropic master perhaps? In any case, you are a child of the Dragon Empire and have done well by her laws and customs.

Variant Feature: Hail to the Chef

One time per day, when you prepare a meal, anyone partaking in that repast within 3 turns (30 minutes) automatically regains 1 exhaustion level and a number of hit points equal to your current level, plus the diner’s Constitution bonus. Draconic diners receive double the exhaustion level recovery.

Additionally, when interacting with dragonkin, you are considered proficient in the Insight skill and always double your Charisma modifier for all dragon-related checks, assuming you have the tools, time, and supplies to showcase your culinary talents.

For a tour de force through the Dragon Empire (and actual details on Draconic dining), be sure to check out the Midgard Campaign Setting from Kobold Press.