Skip to content
Home / Delve into the Depths in the Kobold Blog / Out of the Frying Pan: The Bones of Aurgelmir

This is an unkind land, a cold, colossal place of treacherous glaciers, cloud-piercing mountain ranges, and scalding geysers. A domain of ice and stone and fire—and giants. The “Bones of Aurgelmir” they call it, and it’s been their home since time immemorial. To most on Midgard, it’s Jotunheim, where it’s said that even gods tread lightly and to breathe its air is to taste magic leftover from the forging of the world. 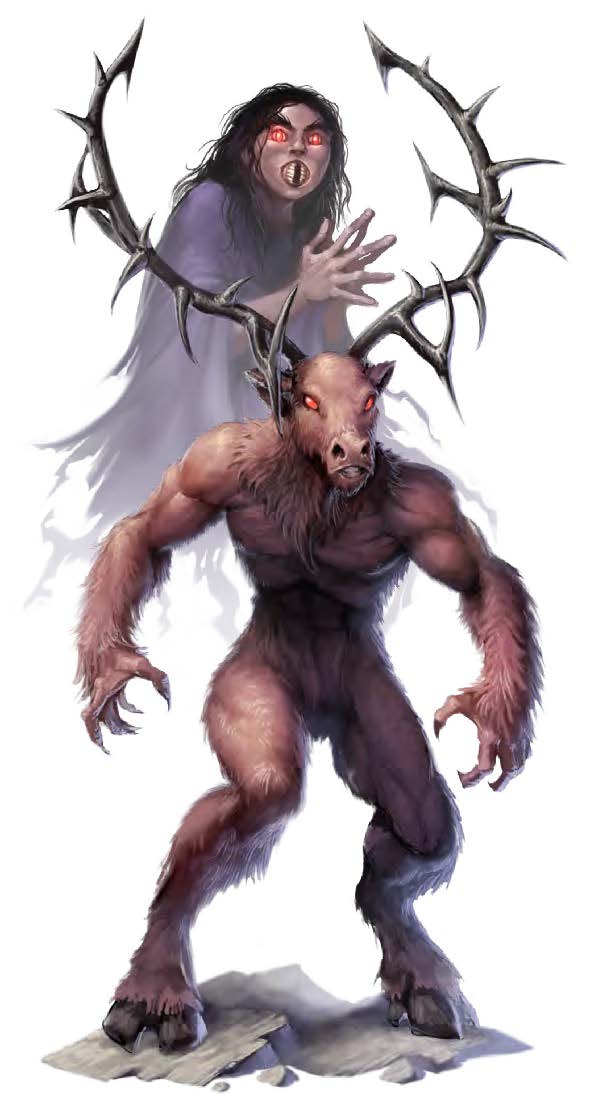 Detailing means and motivations for the PCs’ arrival in southern Jotunheim is left to GMs, hopefully prefacing the encounter with a sense of coincidental, unusual, or unlikely events. Perhaps PCs are victims of freakish, unseasonal storms, battering and driving their craft off course during a Neider Straits crossing. Put ashore at “precisely the right spot,” they now forage inland for repair materials or supplies.

In any case, the heroes now navigate a wide (20 ft.), steeply inclined track, weaving its way upward into the craggy, thinly wooded foothills hugging the coastline.

As PCs round a steep bend in the trail, allow Perception checks with disadvantage (coastal winds) to detect slight commotions (100 ft.) to the uphill side of the path. Sometime the next round (at GM’s discretion)…

A billowing, tumbling, cloud of snow, forest detritus, and panicked faeries come avalanching through the tree line at an unearthly speed. Within seconds, the swirling, chattering mass is among you.

Developments. PCs are immediately attacked. The fey seem intent on clearing a path through them down to the sea. The boulder-strewn, snow-drifted areas off the path are considered difficult terrain.

The fleeing “fairy host” consists of two ijiraq (see Creature Codex), four aridni, three bereginyas, and two beli (see Tome of Beasts). PCs within 30 feet of the tree line who succeed at DC 17 Wisdom (Perception) checks can spot the two beli snipers hidden 90 feet uphill among the trees, also noting the four ornate urns they seem to be guarding. If PCs are observed approaching the beli or anytime an ijiraq falls, a beli opens an urn, releasing one ala (see Tome of Beasts) contained inside, which attacks the nearest PC immediately. The beli won’t open more than two urns. The fey are attempting to escape with the urns unopened and fight until PCs are driven off, captured, or dead. 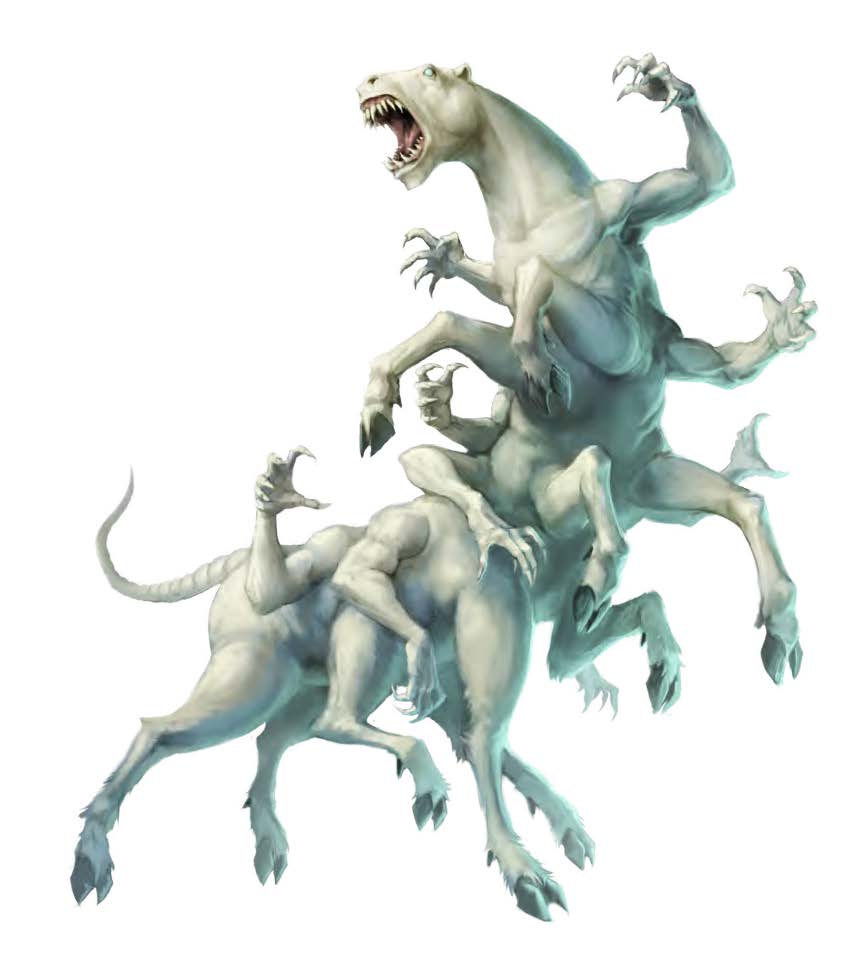 A hunting horn sounds in the distance, and another answers it, much closer. The surviving fairies’ agitation rises to a fever pitch, and they disengage. Rounding the bend 100 yards uphill from you, more trouble rides into sight. You see abhorrently elongated, horse-like creatures, their multitudinous limbs equipped with cloven hooves and taloned hands, their gaping mouths lined with shark-like teeth. Astride these albino monstrosities ride undead warriors of unrelated origins, based on their garb and weaponry.

Developments. Surviving fey attempt to disengage and move to recover any unopened urns before re-attempting escape down to the sea. They remain combative until the urns are in their possession. Now charging down the trail to attack embattled PCs (and fairies) are four kulmking ridden by four fierstjerren (see Creature Codex). If PCs have or can manage a truce with the fey, they may have temporary (and untrustworthy) allies. Once three kulmking are destroyed or (at GM’s discretion) 10 rounds of combat elapse, proceed to Encounter 3.

A sneering, cobwebbed voice chuckles quietly in your mind, words begin settling over your thoughts like drifting ash. “Momma Whisperthread said there’d be ‘heroes.’ She said the Norns would see to it, that they wouldn’t be able to help themselves. Their worry of her has become so great.”

Rounding the same bend (100 yards uphill), a black coach draws to a halt. Pulling alongside it, a large, enclosed carnival wagon—its load doors bolted and chained—is drawn by two hulking, headless brutes. Atop the carriage’s driver’s seat sits an impossibly tall, narrow figure. Its features and emaciated form shrouded by a long, slender cloak and a peaked, wide-brimmed hat of black leather. Its long coachman’s whip and reigns are gripped in unseen hands. 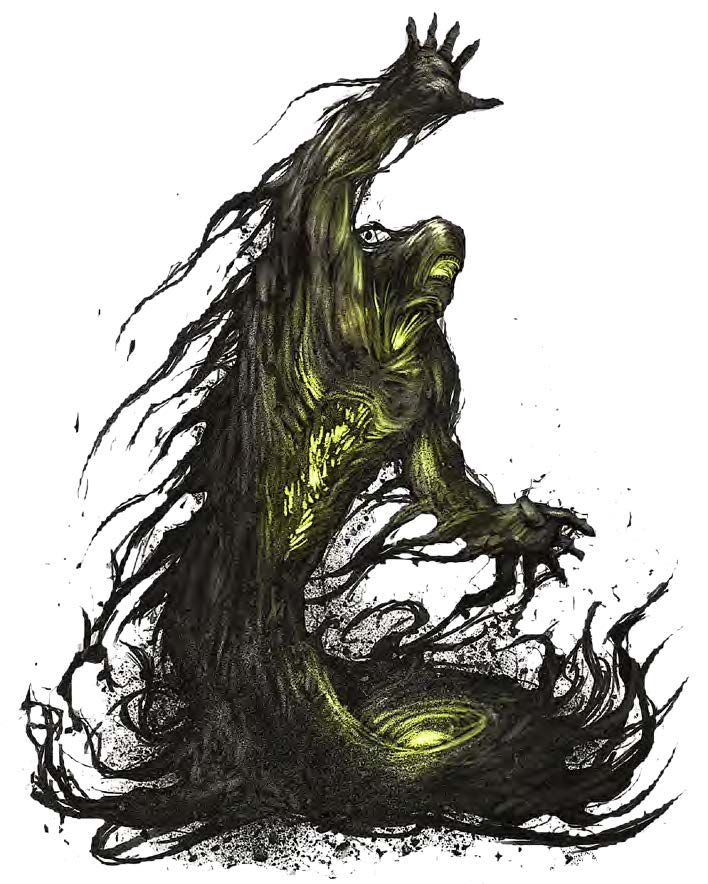 “Did Baba Yaga send you or perhaps that arctic hag, Morrinn? No matter. You may call me Driver. My lovely assistants are Tweedle and Tom. We serve Momma Whisperthread. Among the Autumn People, I am her master of horse-and-hound. The relevance being you’ve converged with the thieves pilfering my expedition’s quarry. Welcome to the hunt, mortals!”

He gestures with his coachman’ s whip, and the chains and bars fall from the carnival wagon. Dry, whispering sand, bones, and teeth spill from the wagon’s now-open side doors. They begin to swirl and coalesce into an immense humanoid form. A bonepowder ghoul (see Tome of Beasts, changing size to Large and speed to 40 ft.) joins the fray. Unfolding and revealing himself and his true, horrific nature, the cambium also closes to attack.

Driver is judicious with bravery and will plane shift to escape once he senses the odds turning. The rest fight blindly.

If PCs win through, any number of occurrences and options present themselves. What of the surviving fairies, if any, or the ala-entrapped-urns? Who is this Momma Whisperthread, and what else could be contained in the wagons belonging to Driver’s “hunting expedition”?

These encounter chains are more than just random conflicts. Each event flows organically into the next, sometimes without giving PCs the chance to catch their collective breath. Each link in the chain subsequently ups the stakes and the complexities of an encounter, thereby giving characters a sense of… out of the frying pan, into the fire!