Skip to content
Home / Delve into the Depths in the Kobold Blog / Memoirs of a Lich: Schemes, Part 2 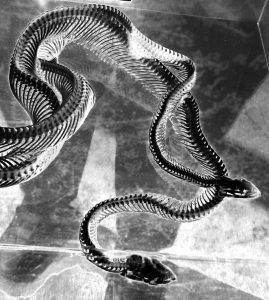 This is Osvaud. FYI, hidden within this diary is a complicated, incomplete code and cypher. Once you get the first messages pieced together, you’ll probably need to spend a couple of years following the thread of clues through perilous ruins leading to our actual secrets. Although, it is possible that is all a big prank we are playing on ourselves. I mean, we do have the time to set up that sort of elaborate deathtrap and monster-filled wild goose chase. We’d probably do it on the off chance some adventurer is reading this and decides to risk their life following potentially pointless breadcrumbs.

That brings us to today’s topic (which was also the last topic): schemes.

Keep it casual. Don’t get too committed to any one scheme. If you do, you’ll wake up one day to find yourself married to it and that the plan spawned a gaggle of demanding baby schemes. We should stick with our plots because we want to, not because we have to. No goal should be so important that we can’t walk away or call it a loss. It’s lame to be consistently the victor anyway, and an occasional crushing defeat helps keep the romance alive.

I remember when we actively worked to succeed by any available means. We were going to gain our vengeance on What’s-Her-Name, piece together the Doodad of Ultimate Power, or conquer the slack-jawed yokels of Nobodycaresville. That worked at the time because we were passionate about the end goal and had actual obstacles in our way to challenge us. We needed to be cunning, efficient, and ruthless in order to succeed. Unfortunately… that isn’t the case anymore. We’ve either outlived or murdered most real threats to our wellbeing and basically achieved everything major we wanted to accomplish. Now, we can either continue being amazingly (boringly) effective or purposefully make it more fun.

Let’s say you want to kill some Sir Holybritches. You could scry on him when he’s sleeping, greater teleport next to his bed, and mercilessly murder him. There isn’t a lot he can do about it. The whole thing takes about an hour from start to finish.

So… what are you doing with the rest of your night? Sightseeing?

Instead of being so freaking effective, turn it into a game with rules. For the above scenario, maybe you can only kill your target in a single discrete location or through some specific means. Suddenly, you have a challenge. You’ve got to figure out how to lure him in by setting up an elaborate web of causes and effects, and he maybe has a fighting chance. If you can’t pull it off, he gets to live, and you’ve got to stomach the loss.

Sure, it isn’t perfect, but it’s better than nothing. Think of it as karmic retribution for becoming the smartest guy in the room by callously killing all the smarter people.

2 thoughts on “Memoirs of a Lich: Schemes, Part 2”