The World Is Ready. Are You?

Deep in an ancient forest, a trembling young woman enters the clearing where a ramshackle hut crouches on birds’ legs. 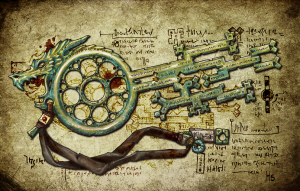 Far below the earth, a caravan of kobold merchants passes through a stone archway carved with the faces of leering ghouls.

High atop a northern mountain, a dwarf grips his battle-axe and gazes over the rim of the world toward whatever fate the gods have in store for him.

This is Midgard, and its gates are now open.

The Midgard Campaign Setting brings to life a dark world of deep magic, with seven regions flavored by the folklore of Central and

From the Northern fjords to the hidden tombs of the gnolls, from the raven-headed reavers to the ruins of the great mage-kingdoms: all of Midgard is yours!

Your hardcover ships in a securely packed and padded envelope to avoid any damage to your book.

With playtest, review, brainstorming, and commentary by the project patrons, this is a world that has been through the fires of creation to make a stronger steel.

PDF Delivery Note: The PDF download will be sent in a separate email from the order confirmation. Please allow 24 hours for the PDF code to arrive (though it is usually much faster).

Fill Midgard with your own creations, and supplement it with these great Midgard adventures and sourcebooks: