Skip to content
Home / Delve into the Depths in the Kobold Blog / Art of Skirmishing: Objectives 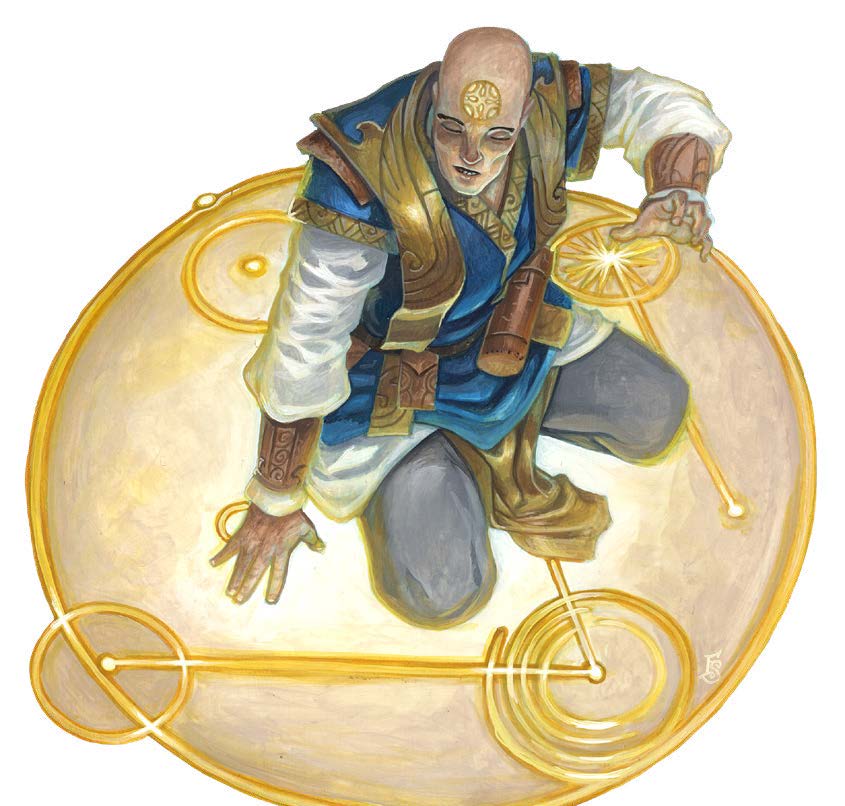 To make a skirmish a skirmish, you will need an objective as well as a condition for ending combat. In a standard combat, these are the same thing. Once a side runs out of combatants, the other side has completed its objective, and the fight has ended. The game is designed around this paradigm, a paradigm that often isn’t the case in a skirmish. As a result, objectives need to be crafted to the stakes at hand and to the capabilities of your party—with existing encounter design guidelines in mind.

The first step of a skirmish is to establish what mechanics are tied to the stakes. This should be easy to explain and remember and simple to track—or not require tracking at all!—and should keep in mind the capabilities of your party. While multi-step operations and fights with multiple, distinct phases can be cool, they can also become complex. It’s best to either handle them as a succession of skirmishes or as a succession of simpler objectives.

To create an objective, I recommend using pre-existing guidelines and tying them to the stakes of your fight in the world of your game. A threatened NPC may need to be escorted out of an ambush. An area may need to be cleared of enemies and held. A character may need to reach a point and complete one or more skill checks. Or as they might be phrased in your campaign, the players must save the prince from assassins, stop the enemy from accessing a ritual circle, or open and hold a gate for their allies to save the day.

Once you have this basic objective, you need to decide how long it will take to accomplish, what sort of mechanics to represent it with, and how it should affect the difficulty of the encounter.

As a general rule, an encounter in 5th Edition is expected to last around three to five rounds. Player and NPC resources are designed around this, and it’s a good rule of thumb to keep in mind for your skirmishes. If an objective is going to take longer than three rounds to complete, it’s going to make the fight more difficult as players run out of resources and enemies get the opportunity to deal more damage. If an objective can be completed in less than three rounds, it may make a fight easier as enemies are unable to fully utilize their resources and players don’t need to deploy theirs.

For a “normal” fight, the objective should be able to be completed in two rounds of combat, but plan for it to take three due to hostile action. This is pretty simple for most objectives, just unsure enough that the party can theoretically reach and complete the objective within two to three turns. However, if an objective involves skill or ability checks, this can be slightly more difficult. I recommend recording the highest bonus in the party and adding either 5 for an objective any member of the party should be able to complete or 12 for an objective that’s supposed to either require the party’s specialist or take more than one turn—or somewhere in between for a more fine-tuned objective.

However, the ability of a party to complete a given objective can vary heavily based on the composition of that party, and you will need to keep that in mind. A party with a monk or plenty of casters with teleportation spells can reach out-of-the-way objectives and faraway enemies much more quickly than you might expect. If you’re not careful, you may find that your party has grabbed the objective and escaped from the fight within a turn thanks to a particularly clever monk. On the other hand, if your party has no such movement tools, a faraway objective may make a battle a slog or simply result in the party just killing everything instead of handling the objectives.

While it’s fine if players circumvent an encounter with their cleverness, you should be trying to design your objectives with their capabilities in mind. So take note of movement speeds, skill bonuses, spell choices, and class features. Design your encounters both to show these off (such as having skill checks in magical darkness for warlocks with the Devil’s Sight invocation and enemies who can be thrown out of the path of the objective for fighters who’ve invested heavily in Athletics) and with consideration for their ramifications (such as enemies who can fly if you kick them off the side of a building and foes who are fire-resistant for a fireball-happy wizard).

Judging encounter difficulty is hard, and sadly there are no easy answers. I recommend using the pre-existing encounter balance guidelines. If your objective is going to take longer than three rounds, requires multiple non-combat actions from the characters, or requires expenditure of combat resources without gain, then make the encounter a step easier than it should be. If it’s an objective that takes less than two rounds and consists entirely of combat actions that players would likely take anyway, then you can make it a step more difficult if you so wish.