Skip to content
Home / Delve into the Depths in the Kobold Blog / Alternative Adventures: The Infiltration 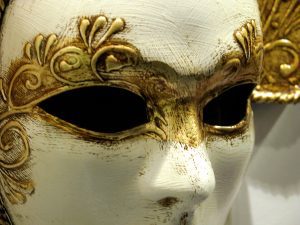 Most players are no strangers to stealth. Whether it’s the silent dungeon crawl where everyone tiptoes around corners to sneak up on sentries or using a ranger’s carefully prepared ambush to gain an advantage in an upcoming fight, there’s something to be said for going the subtle route. There is a difference between sneaking through the shadows to get a surprise round, though, and really infiltrating a group or organization. When the plot requires you not just to slip in unseen but to actually become part of the scenery, you have an unusual challenge on your hands.

The Elements of The Infiltration

An infiltration can take many forms. Whether it’s blending in with the crowd at the king’s ball for an evening or working your way into the inner circle of a cult over several months, the goal is the same. For you to become part of the group, a face in the crowd, unremarkable, and accepted.

There are three parts to an infiltration: the Presentation, the Insinuation, and the Disappearance.

The Presentation is simple enough. It begins when the party shows up and makes its first impression. It might be as themselves or under assumed names and in disguise, but when first contact is made, that’s when the party takes the first step toward infiltration. It might be presenting themselves to a gang lord as muscle for hire or taking the initial oath of allegiance to become part of a cult, but the first step is critical.

Insinuation is when the party has been accepted and is moving closer toward their goal. What is that? Is it working their way deeper into an organization in order to report on who is supplying them with rare magical items? Is it earning the baron’s trust so you can find out what he really keeps in the secret vaults below his keep? Is it simply passing as a group of unknown nobles from afar so you can plant evidence or case the palace for a later theft?

The Disappearance is the getaway. You’ve essentially gone undercover, but now, how do you extricate yourself? It isn’t just getting away physically. That’s easy enough to do. How do you disappear? How do you make sure that the people you duped don’t use their magic and skill to hunt you down as a traitor? You can change your name and take a ship halfway around the world, but you may need to break enchantments and be sure that no one can scry on you without your knowledge, depending on how powerful the people you infiltrated are.

The first thing you need to know when running an infiltration is how long it’s expected to take, in-game. Is it something that can be done in a single session after the proper preparation, Mission Impossible style, or is it something that will be the entire arc of a campaign? Or will you take the characters the entire length of a game, having them play double agents the entire time?

The next question you need to answer is what is the fail state for an infiltration? For example, does a single missed Bluff check at the gates blow the entire party’s cover? Does getting caught in a lie by a “fellow” cultist immediately mean the game is up? As with other skill and roleplay-heavy games, it’s important to plan for the dice failing and to make sure there are contingencies. For example, a failed Bluff to convince the local gang leader you’re really a hardened killer should be something that you can correct by breaking one of his underling’s faces if he sneers at you. Getting caught wandering the halls by a cult’s guards might be turned to your advantage if you describe the vision sent to you by the Old Gods that drove you from your bed. Adaptability is key because the whole goal of an infiltration game is to avoid violence as much as possible… though it might still be necessary to silence someone who finds out you’re not who you say you are or who tries to kill you because they simply don’t trust you.

1 thought on “Alternative Adventures: The Infiltration”