Skip to content
Home / Delve into the Depths in the Kobold Blog / Monday Monsters: Facestealer 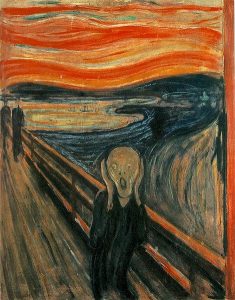 “I will become you!”

While all doppelgangers are accomplished shapeshifters, some take the art of shapeshifting to new levels. These doppelgangers are able to impersonate not just the physical form of another creature, but also some aspects of their personality, experience, and knowledge, becoming in essence the very creature they are copying. Because of their potent abilities, facestealers are justly feared by most humanoids, but not all facestealers are villains, and some use their unique abilities to help the cause of justice even if their tactics might be called into question.

As a facestealer, you have the ability to manipulate your form to a greater extent than other doppelgangers and can even change form with the speed of thought. Your greatest power however, lies in the ability to literally become another creature you have killed, taking on their appearance, mannerisms, and even some aspects of their class and race.

Improved Shapeshifting (11th level) Whenever you use your change shape racial power, you can assume the form of any Small or Medium humanoid. You can also mimic a single set of basic clothing appropriate to the creature, causing your own clothes (but not armor or weapons) to take on a different appearance or color if necessary.

Shapeshifter’s Healing (11th level) When you spend an action point to take an extra action, you can also activate your change shape racial power. If you do so, you regain hp as if you had spent a healing surge.

Quick Change Specialist (16th level) You can use your change shape racial power as a free action rather than as a minor action. This allows you to change form multiple times in a single round, but no more than once per round for every point of Charisma modifier you possess (minimum 1 per round).

You ransack your enemy’s thoughts and dreams, digging up memories of lost acquaintances and slain friends. As you do so your appearance changes to match that of an ally your enemy once knew, and it does everything in its power to protect you from harm.

Attack Intelligence or Charisma +2 vs. Will

Hit 1d8 + Intelligence or Charisma modifier psychic damage, and your appearance changes to that of an ally known to the target until the end of your next turn

Increase attack to Intelligence or Charisma +4 vs. Will at 21st level

Effect The target must use a beneficial power to affect an ally before the end of its next turn, and must choose you as the target or include you in the effect; if the target is unable to comply, it takes an extra 1d8 + Intelligence or Charisma modifier damage at the end of its turn

Special When you gain this power, choose Intelligence or Charisma as the ability you use when making attack and damage rolls with this power

You contort your body into different shapes, which grants you amazing new abilities.

Touching your enemy, all its hopes, dreams and ambitions flood out of its body and into you as you literally steal away its life essence. If your enemy is humanoid in appearance, you also steal away its face, leaving nothing behind but melted and twisted flesh.

Attack Intelligence or Charisma vs. Will

Hit 4d8 + Intelligence or Charisma modifier psychic damage, and the target is dazed until the end of your next turn

Effect If you reduce a Small or Medium humanoid target to 0 hp with this power, you can use your change shape ability as a free action to take on their appearance, granting access to a single encounter power possessed by the creature; you must use this power before the end of the encounter, and once used, the power is lost; in addition, you gain a single memory possessed by the creature (your GM chooses which memory you gain, and what you might learn from it)

Special When you gain this power, choose Intelligence or Charisma as the ability you use when making attack and damage

This creeptastic monster is a prequel to our building countdown to Halloween. Are you ready for it? Let us know if it was a worthy beasty for this most gruesome of months in the comments.