Skip to content
Home / Delve into the Depths in the Kobold Blog / Alternative Adventures: The Hunt 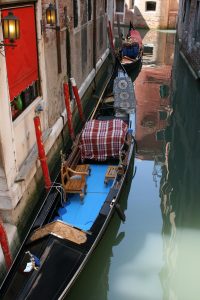 The city is a labyrinth, and for every smiling face or honest stall keep, there are a dozen alleys choked with shadows. When night falls, you can see the darkness that hides by day. The cutpurses and skull-crackers, the doomsayers and pushers. It’s when the killers, cults, and worse put on their black robes and come out of hiding. In that sea of depravity, you need to find one man: Jonas Blackwood, the Coffinmaker, has left a trail of blood behind him, and it’s your job to follow that trail wherever it may lead.

The Hunt is a different kind of game than many players are used to, having a definite goal but a lot of different options for pursuit. Hunts can be a refreshing change of pace, and depending on your group and the characters they bring, Hunts can encourage out-of-the-box thinking.

Elements of The Hunt

The Hunt is made up of two elements: the Target and the Trail.

The Target is fairly simple: it’s the person, place, or thing that the party is trying to find. Ideally, the Target should be mobile, which turns the game into more of a chase. If the party is clever and successful, they can catch up to the Target more quickly. If they fail or run into obstructions, the Target gets farther away. The Target acts as motivation for the Hunt and should ideally be something every character is committed to getting for their own reasons.

The Trail is what the party has to follow in order to get to the Target. This varies depending on your campaign, setting, and how long it takes the party to catch up. For example, if the party is trying to track down a bandit lord who was last seen on a certain trail, they may find different evidence if they go tonight, rather than setting off tomorrow. If a member of the party runs in the same circles as a disgraced prince who has disappeared, knowing who to talk to might net clues that they otherwise would never have found. If you’re looking for a murderer, using speak with dead on a victim might also tell you something about what happened and give you a direction to go.

Creating a Trail isn’t an easy thing to do. You need to make sure there are multiple ways for your party to get onto it, and you need to make it so that success or failure isn’t a matter of a single die roll. It’s also a good idea to create multiple options to follow a trail. For example, finding a physical trail is a good start, and it gives the Survival experts evidence to follow. On the other hand, NPCs who have crossed paths with the Target can also make for good signposts, especially if someone uses Diplomacy to really get them talking. Druids, gnomes, and others who can speak with animals may find their unusual powers quite helpful in finding out who came by an isolated area in the past several days, telling you if your quarry went one way, or the other.

The Stages of The Hunt

A Hunt has three parts. The explanation, following the trail, and the final confrontation. Now, depending on a party’s actions, it’s possible to hit a wall, lose ground, and have to make it up again. But that is the nature of the Hunt.

The explanation is used to nail down all the specifics of the Hunt. It tells the party who or what the Target is, invests everyone in it, and lays out the conditions for victory. (Do they have to find the Target and bring it back, kill it, or just deliver a message to it, for example.) It’s the equivalent of a group of spies being told what their mission is before the message self-destructs.

Following the trail starts by grasping a thread and pulling until it runs out. Whether that means going down a certain road, staking out a particular tavern, or looking for witnesses to a crime depends on the situation. The key is to get players involved in the Hunt using whatever their character’s skill set happens to be. It’s also important to remember that if the party follows loudly (bar brawls, a nightly campfire in a mostly empty wilderness, making it clear who they’re looking for to everyone they pass), then word might get back to the Target, who will take steps to make the Hunt harder. Subtlety and guile  should be rewarded here.

Lastly, the Hunt ends with the final confrontation. This should be based on the party’s successes and their failures. So, for example, if they’ve managed to collect information, sneak up to a location, and catch the Target while he’s half-drunk at dinner, that’s going to be very different than if the Target sets a trap for them because he heard there was a group of mercenaries on his tail. If the Target gets away, though, then the Hunt might start all over again!

A Short Hunt or A Long One?

The Hunt is an adventure that can theoretically carry an entire campaign. If you start off with a treasure stolen by bandits, then find out it was given to a man who employed them, who was himself in the thrall of a cult, who needs it to summon a demon lord, you can follow that Target for quite some time, leveling all the while, so that the final confrontation is suitably epic. On the other hand, it’s perfectly possible to have a Hunt that is short-lived and which is only one part of the entire campaign.

How you do it is up to you, and your group. Just remember that when juggling the requirements of a Hunt that it’s a living, breathing thing. Actions have consequences, both good and bad.

For an adventure to add your own Hunt to, check out Blood Vaults of Sister Alkava.