Skip to content
Home / Delve into the Depths in the Kobold Blog / Your Whispering Homunculus: Crooked Characters—Master Jebediah Leam, Part One 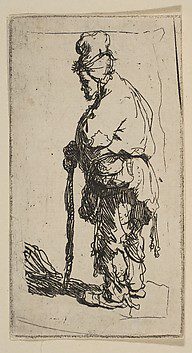 “Close and bolt the door, master! I’ve just seen something terrible staggering up the street outside…”

Crooked Characters are detailed NPCs to slip into your adventures however you wish. Free from class and statistics, they can be used in any fantasy gaming system. Each comes with a detailed description and character motivation for you to use in your campaign, perhaps as a mere passer-by, a rumor, a confidante, or maybe as the motivation behind a whole adventure.

A thing shambles into the street. It is swathed in rags and sacks and stench. It staggers fitfully, sucking thick breaths of air through spittle-soaked lips. It grips a hefty stick ending in a cruel scythe blade. Its hefty boots clatter on cobbles, the segs tip-tapping out its approach along them like a beating clock counting down to some fateful hour. This shambolic chaos of humanity is large, perhaps six feet tall, and ungainly, its every inch of skin hidden beneath clumps of rotting cloth that hang like rags of burnt flesh dancing with lice, flies, and fleas.

He has a soul of gold, always has, with standing in the low slums of his community. His generosity, kindness, and hard work won Jebediah Leam as many admirers as his charm and good looks.

That changed when the cabal entered the lives of the low-born. To give them their full title, the Cabal of Enlightened Venoms—a trio of poisonous wizards with souls of assassins—wanted only to test their new dreadful toxins on some persons of no consequence. They chose the area where Jebediah, his wife, children, family, and friends lived, a simple slum that, one night, was choked with a foul experimental poison that unmade flesh. That the cabal were simply testing the toxin on behalf of the honest offices of the Outer Seas Colonial Company (themselves an odious set of religious fanatics determined to colonize and cleanse new lands they discovered) with some new venom to use in the future to put down rebellions in foreign lands merely tainted the whole sorry episode a shade further. Only Jebediah survived, his flesh twisted, boiled, and perverted into something altogether wrong. The rest died. Horribly. Screaming.

The screams of friends and family in his ears, he dragged himself into the sewers to lick his wounds and brood upon injustice.

Soon he had names and faces and stories of who was responsible, and now he burns with the need to avenge. It grips him like the memories of the screams of his kin, and in his sleepless nights, the yells cry only one word: avenge.

Jebediah still has his soul of gold deep beneath his corrupted skin, but it is tarnished now, and his broken body makes people fear him. He particularly avoids daylight and children and crowds, and he lurks now out of sight in the deep cellars below the city where he keeps a lair and feeds a dozen mangy local cats. He still craves for company, and his beloved cats are all he cares for beyond the need to repay the wronged. Those who see his crooked form call him the Shambles; children sing songs about him, and the nursery rhyme about the man that shambles through the street with his scythe chopping heads is gathering momentum, whistled on street corners, sung by bards, and played out by puppeteers. His reputation—you see—is growing. Jebediah, the Shambles, is lurching through the streets avenging. He slays those who work for the Colonial Company, seeks out their leaders and hunts for the trio of wizards of the cabal. He has begun to root out the wizard’s own servants and families and begun to avenge himself and his kin and friends of the wrongs visited upon them by their revolting, distended deaths.