Skip to content
Home / Delve into the Depths in the Kobold Blog / Welcome to Midgard: Free Cantons of the Ironcrags 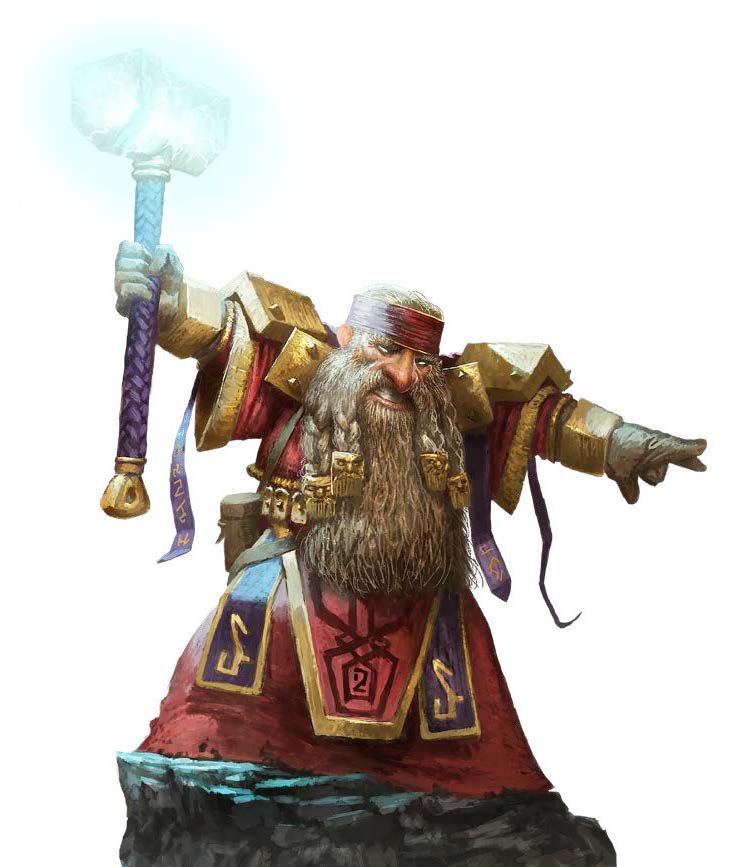 Dwarves think of their canton first, their race or clan second. The canton is home and hearth, family and wealth, and safety from an uncaring world. These traits do not guarantee greater harmony or joy among cantonal dwarves than among other races. Indeed, cantonal dwarves are notoriously dour, fractious, and opinionated about everything. Cantonal dwarves unify only in the presence of some external threat, which gives their elders and the leaders of their Free Companies an excuse to go on about the importance of the Free Dwarven Cantons to the younger generation.

Free Cantons of the Ironcrags

The Ironcrag cantons currently number 13, each defined by a settlement that has existed for at least 100 years, contains both free and cloistered dwarves, and encompasses a set of halls—not just mines and simple shelter. Proper halls include a set of forges or smelters, a brewery, a set of clan homes, and at least one temple or shrine. The total population of the cantons is difficult to determine (dwarves are reticent to count their numbers, or at least to share those numbers with anyone outside their own canton). The best guesses say the cantons hold as many as 150,000 dwarves and perhaps 25,000 slaves outside Grisal—most of whom are human.

Other cantons besides the 13 constantly rise and fall and are not counted among the official settlements. Most notably, the small settlements of Roglett and Mynnasgard have been inhabited for about 50 and 80 years, respectively. They are not yet established enough to merit mention among the cantons, but they are on their way to that status. The former canton of Citadel (Friundor) lies mostly abandoned, although gold has been found there recently, drawing prospectors, priests, and the curious back to its halls. Also abandoned are the Fallen Halls of Sargau, Villershall, and Volund’s Beard.

The dwarven cantons all lie in the Ironcrags, although varying altitudes and passes make some much more accessible than others, and a few are separated from the main cantons by lowlands and rivers inhabited by humans. The two outliers are Wintersheim to the north, and the dark canton of Grisal, which stands across the River Argent near the Morgau and Doresh border.

Each of the Free Cantons is a nation within its own valleys, with its own customs, rulers, and traditions. The major cantons are larger and more settled, their insignia more widely known outside the mountains. The smaller cantons are equally as distinctive, but isolated or obscure for reasons of landscape, history, or by the preference of their people.

The central canton of Bundhausen is located above Lake Soizal. Centuries ago, it was part of a mountainous elven barony called Liadmura. The dwarves built half their city on the surface, and that section serves as both a powerful hub of trade and as the home of the canton’s yearly Dwarfmoot (see page 50). Cantons gather for the annual Dwarfmoot to air grievances, make new laws, administer justice between cantons by common vote, and (at times) declare war or negotiate peace with outsiders from the lowlands (which is everything outside the Ironcrags).

The elven towers and dwarven piles of mine tailings make for a strange landscape in Bundhausen, as does the small set of docks and fishing boats for the lake, but the dwarves seem comfortable with the alpine lake and meadows. The days of the Eagle Emperor of the elves are gone, but his winged emblem and his flowered knot symbol can still be seen around the canton. Likewise, the griffons that the elves brought to the region still hunt its peaks, and they are quick to snatch up unguarded sheep, mules, or ponies.

Bundhausen is the canton most open to embassies and petitions from outside, and many humans (mistakenly) assume it is the capital of the cantons, or that it speaks for all halls. It may be the friendliest to strangers, but Bundhausen speaks only for itself.

Claimed by both the Grand Duchy of Dornig and the Greater Duchy of Morgau, Grisal pays fealty to neither; it lies on the eastern bank of the River Argent but is a dwarven land. The folk of Grisal are among the most pious of the cantonal dwarves, with special emphasis in worship placed on Volund and his son, the solar god Khors, as well as Grajava the Shield Maiden (a mask of Sif) and both Wotan and Thor-Perun.

Fully one-tenth of the canton’s dwarves are clerics, paladins, or servants of the temples in some fashion. Grisal’s priests are kept busy, since its halls stand above the Zombie Wood of Zwargau and within sight of a temple of the Red Goddess, where the dead are brought to serve the living.

For the most part, the Black Canton strives merely to keep the undead at bay. From time to time, though, its younger warriors mount raids against the province of Doresh in the Blood Kingdom, slaughtering zombies and skeletons by the score during daylight and returning across running water before nightfall. Those who fail to return are sometimes seen again as black-armored servants of the Red Goddess Marena.

Grisal’s large human and goblin population dates from the times before it was a canton, when it was ruled as part of the Grand Duchy of Dornig by elfmarked members of House Hirsch-Dammung. The dwarves took the territory to prevent it from falling into the hands of Prince Lucan of Morgau (now king). In years and centuries since, the elfmarked nobles of the Grand Duchy and the Imperatrix Regia Moonthorn Kalthania-Reln vann Dornig stated that they do not acknowledge this claim, and this argument has been the source of repeated border skirmishes between Grisal and the Grand Duchy. At the moment, the Grand Duchy wrestles with internal troubles, and this claim is in abeyance.

Black Fortress of Grisal: Built to hold the line against archers of Dornig and Krakovan hussars, the Black Fortress is the training ground of Grisal’s paladins of Khors, and here its scouts watch for darakhul riders from Gybick probing the defenses. The fortress is commanded by Jaro Whitebeard, a long-time mercenary turned general late in life, and its troops are kept in fighting trim by occasional raids toward Gybick. Commander Jaro is currently dealing with a large number of Krakovan refugees; he finds it hard to turn them away, but having thousands of them on his roads and building human villages in Grisal is no solution either. The human refugee issue has been raised at several Dwarfmoots, without a satisfying solution.

One of the few cantons to have kept a king until recent times, Gunnacks is the hearth and home of the exceedingly numerous Gunnacksen clan, merchants and caravaneers of note who travel from Wolfheim to Siwal and the Rothenian Plain. They are travelers unlike any others, with young dwarves learning to drive mule teams before they fully grow their beards. The Gunnacks canton (some still refer to it as a clanhold or kingdom out of habit) is traditional in all other ways, but its people were among the first to travel south from the old halls in the North. As a result, their new halls possess the finest locations in the Ironcrags, with upper halls looking out over three beautiful valleys below, fine rivers and easy passes to both north and east, and plentiful forests and iron, limestone, and mineral deposits. The Gunnacks have it so good, quip the other cantons, they have no reason to leave home. But leave home they do.

The Gunnacks journey from their idyllic home to trade and barter and see the world, and then (when they are wealthy enough) they settle down and have enormous numbers of children. The worth of a Gunnacks canton dwarf is measured by his or her offspring, and so (despite its great wealth) the Gunnacks canton constantly demands food, clothing, and goods of all sorts to raise ever-more Gunnacksens. Some even speak of splitting the canton in two, although nothing has come of it so far.

Called Friunsgorla in Dwarvish, Kubourg is a great castle on the surface, built atop a small hill and surrounded by verdant fields. Unlike the Bareicks or Vursalis folk, the Kubourgers are not merely herders for their sheep and cows, but also the Ironcrags’ butchers, cheesemakers, and leatherworkers. They breed fine donkeys, mules, and dogmoles and are purveyors of jewel-toned inks and black powder.

The Kubourgers settled a rich valley rather than orebearing land and have earned their gold through trade for generations. In addition, they have cornered the hops supply, making themselves critical to the brewing of stout dwarven beer. Their priestesses of Ninkash brew the canton’s finest holy ales. All these factors make them one of the wealthier cantons.

Outsiders sometimes ask why their neighbors do not overrun the shepherds, merchants, and cheesemakers of Kubourg. The dwarves of Kubourg might not mine much ore, but their arquebuses and heavy crossbows keep greedy neighbors at bay, and their money buys them many friends. The fact that the Dwarfmoot halls of Bundhausen stand across the lake also might discourage the wilder clans from raiding Kubourg too often, for fear of legal retribution at the next Dwarfmoot…

2 thoughts on “Welcome to Midgard: Free Cantons of the Ironcrags”