Skip to content
Home / Delve into the Depths in the Kobold Blog / Southlands Magic: A Preview 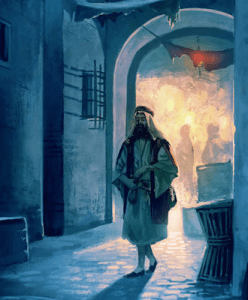 Many cultures exist across the broad and varied landscape of the Southlands, from the god-kings of Nuria Natal to the demon sorcerers of Kush, to the Ankole Priests of Terrotu or the War Diviners of Morreg. With so many civilizations to choose from, we decided to give you a smattering of magical offerings from several regions.

A Word of Power of the Abandoned Lands

In the Southlands’ distant past, the ancient titan empire of Glorious Umbuso performed feats of magic unrivaled to the current day. To the titans, magic was not an equation bringing together gestures and components, it was a living force expressed through primal utterances. Although their civilization fell into ruin, precious fragments of their lore can still be found scattered throughout ruins and looted by scavengers who don’t always realize what they have discovered. This is a sample of one of the words of power utilized by the titans at the height of their civilization.

Target one creature in range

With a word, you impede a creature’s movement and reduce their base land speed by 30 ft. (5 ft. minimum) for the duration of this utterance. 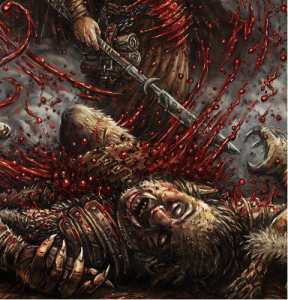 The demon sorcerers of Kush do not shy away from awful magics which rend and wound their enemies in gory or vicious ways. One popular spell is the bloodknife eruption, used against massed groups, or slow-moving, heavily armored targets. It is particularly dreaded by the Narumbeki legions, and in old stories of campaigning Omphayan armies. However, it is also extremely effective against clouds of raiding Tosculi hunters, and so arcanists from across the Southlands have risked the dangers of Kush to acquire the spell from the grim libraries of sultry Nangui.

A ray of crimson energy strikes a foe, and that creature’s blood erupts outward to injure nearby creatures. The caster must succeed at a ranged touch attack with the ray to deal damage to the main target. The ray deals 1d6 hp damage/level (maximum 10d6). When struck, the target’s blood detonates outward in a 20-ft. radius burst, inflicting half the damage inflicted on the initial target on all creatures in the burst. The initial target is not affected by this burst. A successful save halves the damage caused by the secondary effect of this spell, but no saving throw reduces the ray’s initial damage.

Wondrous Items of Dominion of the Wind Lords

In the windswept dunes and rocky tableaus of the Dominion, magics which speed travel or ease the harshness of the environment are greatly valued, whether they are flying carpets or spells to conjure lush oases. Enemies and rivals are everywhere, and an agent, spy, or assassin must be quite canny to evade the mystic defenses of their foes. This often means subtlety and deception must be employed to gain victory or even a momentary upper hand. The following device, the Assassin’s Flight, is an example of an item used in the intrigues and plots as numerous as the ripples in the sands, where even the tools themselves can become the focus of conflicts between emirs.

Although this rug is expertly woven, the pattern is humble and nondescript. It functions as a 5-ft.-by-5-ft. carpet of flying, but when commanded as a swift action it transforms into a simple cloth garment such as a turban, sash, or veil. A second swift command returns it to carpet form. While in garment form it is indistinguishable from a mundane item. Anyone examining it with divination effects must succeed on a DC 21 caster level check to determine anything about its magical properties. True seeing reveals the item’s true form without a check.

You can add more magic and more Southlands to your campaign by acquiring the Southlands Campaign Setting.