Skip to content
Home / Delve into the Depths in the Kobold Blog / Deadly Harmony: Mounted Terror 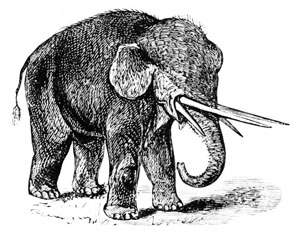 The climactic cavalry charge has always been an iconic image in fantasy literature. From the charge of the Rohirrim at Helm’s Deep in The Two Towers to the famous mounted knights of Lastwall in Golarion, the image of a line of knights mounted on horses and riding the enemy down has been with us since humanity began using the horse as an instrument of war.

Such imagery cannot be embraced by humans and heroes alone. Goblins and their goblin dogs, as well as night hags and nightmare steeds, show us that opposition can provide interesting foils to the heroes of a tale — a dark rider to meet the light. Mounted warfare is made all the more interesting when fantastic races and strange beasts become involved. Presented here are two of the possibilities given for a potential ride and mount combination that can transform either encounter into an entirely different threat.

Adventurers know well the tales of frost giants and their infatuation with the taming and rearing of great beasts. From winter wolves, to rocs, to mighty remorhazes, nothing strikes terror in the heart of the most stalwart Viking more than hearing the sound of thunder followed by the bellow of an angered war mastodon mounted by a raging frost giant warrior. Valuable to frost giants for their hide, tusks, and meat, the ill-tempered mastodon makes a suitable mount for the mighty warriors of a frost giant clan. These clans either keep the mastodons in large enclosures and care for them like cattle, or follow the herds as they trek through the cold steppes while seeking places to graze and to drink fresh water. For mounts, frost giants always choose the biggest and most aggressive of the mastodon young and take them from their mother, often slaying the mother in the process of culling the young. Once gained, the giants rear the mastodons to serve them as vicious war beasts.

Frost giants destined to ride these mighty beasts are trained from a young age; often they train with the young mastodon they will ride, learning mounted combat techniques and maneuvers that rely on using the beast’s size and speed to induce terror in their enemies. In clans without ready access to herds, a frost giant jarl often trades slaves and treasure to another clan for a trained mastodon mount to ride into battle behind his warriors. A frost giant trained for mastodon riding changes his feats accordingly: Skill Focus (Stealth) to Skill Focus (Ride), Improved Sunder to Mounted Combat, and Improved Overrun to Ride-By Attack. Additionally change any ranks in Craft to ranks in Ride (granting the giant a total of +10 to Ride checks). The CR given above is for a single frost giant warrior and his mastodon steed.

Ugly, stupid, reviled, and generally hated, both pugwampis and dire rats sometimes share a lair out of convenience. With the pugwampi’s natural defenses keeping the dire rat from eating it, the two come to an uneasy peace where they have an unspoken agreement to not murder one another. A tribe of pugwampis, however, sometimes gains a connection with their dire rat lair mates and form an inseparable bond that benefits both. With the pugwampis’ strange powers and the dire rats’ brawn, it becomes easy for the pair to scavenge for food. Typically the pugwampi clings to the back of the dire rat and pulls it in some direction in the vague hope the rat will turn that way. Occasionally entire clans of pugwampis ride dire rats out into the night to spread filth, disease, and misfortune wherever they roam.

In some cities where pugwampis are a problem, an incurable rat epidemic begins when the pugwampis breed and care for their mounts and protectors while simultaneously sabotaging any attempts by the city to control them. Adventurers brought in to seek the source of the rat plague might be found later strung up in amusing ways with all their flesh stripped from their bones. The CR given above is for 4 pugwampis and their dire rat mounts.

About the Author
Jonathan Palmer is a freelance writer for a number of third-party publishers.