Skip to content
Home / Delve into the Depths in the Kobold Blog / Out of the Frying Pan: Travails along the Tamasheq

Travails along the Tamasheq

The air is still. Nothing moves but the shimmering heat. The pitiless, midday sun blazes down on PCs traveling along the Tamasheq Trail (near Saph-Saph) in the northern Crescent Desert. To either side, colossal sand dunes roll on for endless leagues, broken only by wind-carved outcroppings and distant, island-like formations of jagged, volcanic rock.

The caravan track descends into a rocky, natural dry trough (difficult terrain) flanked by the towering dunes. Allow PCs DC 14 Wisdom (Perception) checks to sense something amiss; characters succeeding gain advantage on initiative and surprise checks until the end of their next turn.

Suddenly, a motley and ragged mob surges from holes hastily dug among the nearby rocks (10 feet) and the sandy slopes above (30 feet). 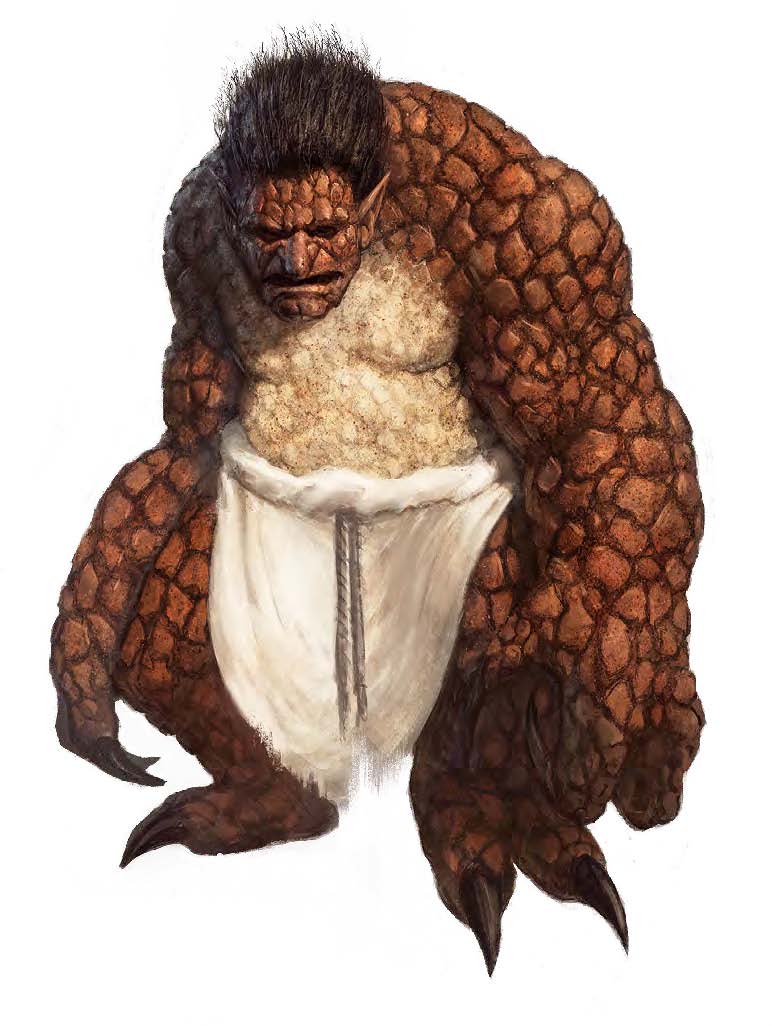 The assailants (use cult fanatics, omitting Spellcasting) are armed with clubs and digging tools. They attack from either side, ignoring terrain difficulty and numbering 2–3 opponents per PC (GM’s discretion). These ambushers aren’t everyday brigands. Emaciated, grubby, and dehydrated, they swarm the party with hollow-eyed desperation. Some wear iron collars, others the scars or remnants of manacles, and all bear the marks of the lash, the branding iron, or both. A successful DC 15 Intelligence (History) check allows PCs to distinguish slave marks and recall the alleged proximity of the reviled Ghatazi Salt Pits (see Midgard Worldbook), the infernally run slaver mining settlement said to lie to the northwest.

Development. If PCs manage to stop hostilities, the refugees breathlessly relate their plight in panic-fueled haste. They explain they’re indeed escapees from the hellhole called Ghatazi and have been losing ground to the slavers’ hounds for days. Half-mad with fear of the Hound Mistress and with no time to assess the approaching PCs’ nature or temperament, they hurriedly dug in to lay in wait, desperate for weapons, water, mounts, anything to make one last bid for freedom. If all the runaways are killed, see Developments in Encounter 2.

Regardless of how the conflict concludes, 1 minute after, the PCs notice a faint ground tremor as do the Ghatazi fugitives who become wild eyed and quietly frantic again, whispering and lamenting among themselves in various languages: “The Hound Mistress!”

A bloodcurdling howl startles PCs, and several hunched and powerful humanoids lope around a bend in the trail with their chain leashes dragging loosely behind them: 4 bouda (see Tome of Beasts) savagely attack, their howls ringing out clearly now, signaling that the quarry is sighted. Immediately the tremors recur, growing larger.

Anytime after beginning round three (GM’s discretion), the Hound Mistress makes her entrance. 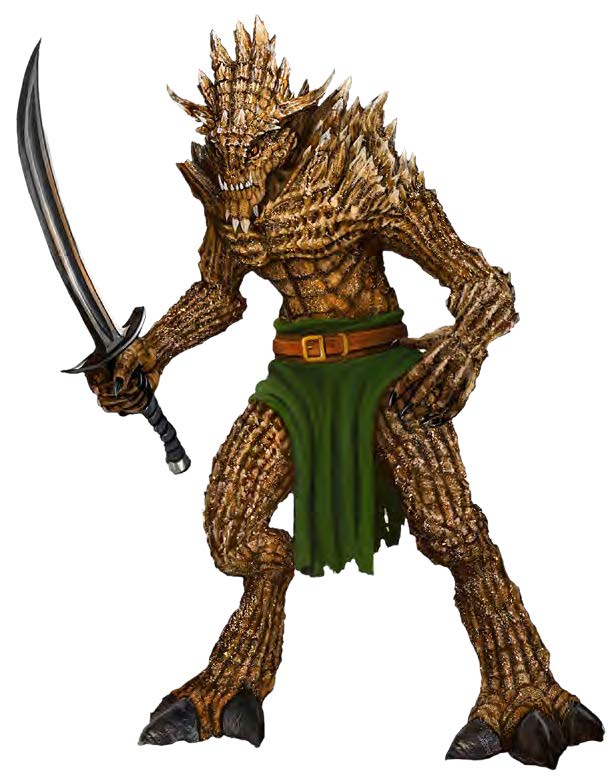 The increasing tremors culminate in an explosion of sand and rock as the monstrous form of an enormous desert troll (see Creature Codex) astride a scarred and malnourished bulette erupt from the earth near the PCs. All creatures standing within 10 feet who fail a DC 16 Strength saving throw take 3d6 bludgeoning damage, are pushed back 5 feet, and are knocked prone. As the Hound Mistress and her pets press their attack, PCs may discern (DC 15 Wisdom [Insight] check) their opponents’ careful attempts to avoid engaging or damaging Ghatazi property (the escapees). Quick-thinking and high-Charisma PCs may find a tactical advantage here.

Developments. If the desert troll falls or the bulette and all bouda are slain or the PCs are overcome (assuming survivors), proceed to Encounter 3, adjusting the opening circumstances as necessary. (PCs could awake in slavers’ chains!) For weaker groups, GMs may substitute the bulette with an ankheg or change the bouda to gnoll havoc runners (see Tome of Beasts).

ENCOUNTER 3: Salt in the Wound

Above the now diminishing clamor of arms, a sibilant and purring feminine voice is somehow (via prestidigitation) heard clearly by each PC.

“What a charming little twist this is, eh, boys? New players, and so close to the endgame, but… no commoners these, eh? Yes, you sense it too. And they have damaged your masters’ property. How shall he be compensated, one for one? I wonder if they relish thoughts of the mines and salt fields as I relish it for them? Let’s see how many can be taken back alive!” 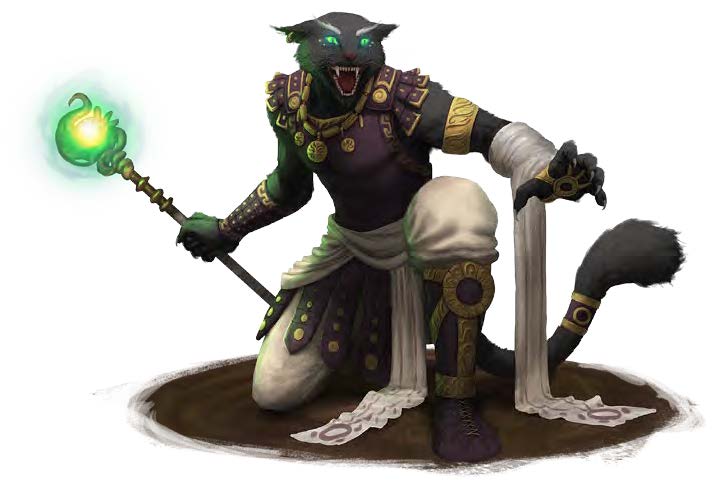 PCs now see a third group has somehow crested a nearby dune unnoticed (via teleport), and it is advancing to attack. A svelte, darkly robed form lounges sidesaddle on a tawny, spotted saber-toothed tiger. The rider is a ruthless nichny (see Tome of Beasts) bounty hunter from the far south; this is Phaelixia. Two hulking salt devils (see Tome of Beasts) with manacles and salt-encrusted nets accompany her and her “pet” iron sphere (see Creature Codex).

Developments. If half of the salt devils are destroyed, Phaelixia sues for parlay. She assures the PCs she won’t summon more reinforcements (she has none) if they desist, allowing her to depart unmolested. Before attempting her escape (via dimension door), Phaelixia adds that any PCs assisting her and her now decimated band would share in the bounties and accolades upon return to Ghatazi. Even including an audience with her current employer, Lord Unctuous of the silver-tongued devils said to be the “wardens” of the salt pits. More ambitious or dark PCs may recognize the value in wealthy and remotely located patrons or knowledge of the inner workings of the local smuggling networks. On the other hand, several survivors (or corpses) among the runaways claim (or show signs of) affluent origins, perhaps citing impressive status in noteworthy guilds or claiming powerful relations and connections.

2 thoughts on “Out of the Frying Pan: Travails along the Tamasheq”