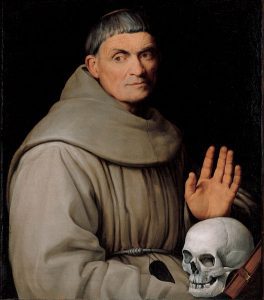 Some monks take the vow of poverty to steel their bodies—as an outward focus of iron discipline to guide them on their path to physical perfection. These monks wear a knotted rope—a simple belt—to symbolize the strength of their convictions. Usually a knot is added to the belt for each personal milestone achieved although in some regions only one knot is used, which is re-knotted ever more elaborately as the monk reaches higher levels of discipline.

At 4th level, as a free action, the belt allows the monk to spend 1 point from his ki pool to enter a state of heightened celerity for a number of rounds equal to half his level. While in this state, the monk’s AC, unarmed damage, and movement speed are treated as four levels higher, and he receives a +2 resistance bonus on all saves. Activating the ability multiple times does not stack, but it does reset the duration. Starting at 10th level, the belt grants a +1 enhancement bonus to Strength, Dexterity, and Constitution; at 12th level, and every two levels thereafter, this bonus increases by +1 to a maximum of +6 at 20th level…

Many monks attempt to follow in the footsteps of the Master of Masters. Some of these take the vow of poverty to honor this Master, who is said to have ascended without the aid of a magical artifact. Monks on this path wear an unadorned monk’s robe. Although these robes start out a non-descript brown, it is not uncommon for the color of the robe to change as the monk progresses to enlightenment, taking on more prominent hues such as orange, yellow, white, or black.

The robe allows a monk to spend one hour in meditation to regain 1 ki point. At 3rd level, the robe grants a +1 enhancement bonus to all Wisdom-based skills, including skills that are modified by Wisdom through other sources, such as the trait Wisdom in the Flesh (see Advanced Player’s Guide). This bonus increases by +1 at 6th level and every three levels thereafter to a maximum of +6 at 18th level. Starting at 4th level, and every even level thereafter, the robe grants a ki power that the monk qualifies for chosen from the list of ki powers listed in the qinggong monk archetype (see Ultimate Magic). The monk does not give up any existing abilities to gain the additional powers granted by the robe. At 8th level, the robe grants the monk a +4 bonus to his effective monk level to determine the effects of his ki powers and what damage reductions his unarmed attacks bypass.