Skip to content
Home / Delve into the Depths in the Kobold Blog / The 4th Pillar: Rethinking Encounter Design 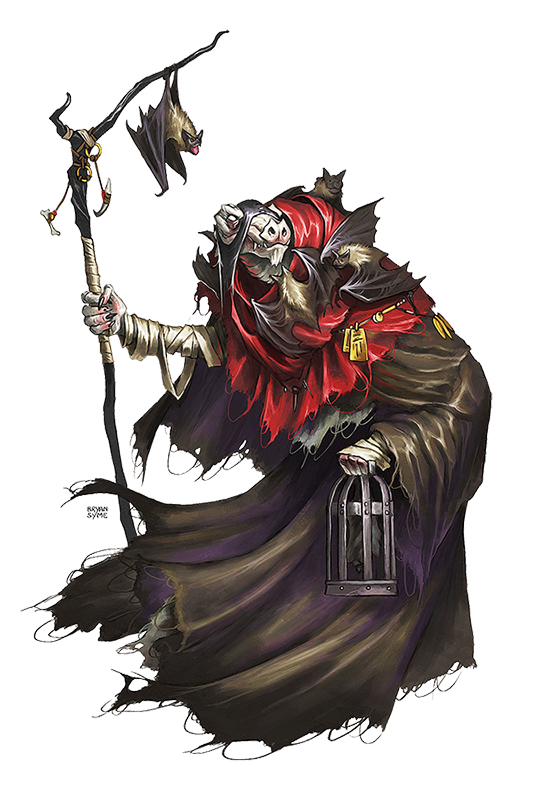 The most interesting stories, the ones we share the most over the years and that stick with us longer than any others, are those that defy the odds. That inherent unfairness is what can make for the most satisfying, beautiful, and rewarding experiences possible. If the stories of David and Goliath or Frodo Baggins and the Fellowship were “balanced,” they wouldn’t have nearly the same impact that they do.

When it comes to running your games, there’s a good chance when your players sit around and share stories about their favorite gaming moments that nobody ever says, “Hey, remember that time we stumbled across that orc encampment, and there were precisely the right number of them to fight, so we felt a little threatened but not really too much?” “Oh yeah, I think I maybe drank a minor healing potion! EPIC!” No. It’s probably either a story that’s so wild I won’t even dare attempt to make up an example here, a character’s death, a brush with death that came so close it felt like cheating, or some other unexpected event. There is nothing unexpected about following charts and formulae for building encounters for characters to go up against; it’s quite the opposite actually. Rote, reliable experiences have their place. I’m not going to pretend like they don’t, but when it comes to making your games memorable, it’s best to use imbalance.

Balance as a design goal in RPGs and their adventures is a relatively new concept, at least on the surface. Early RPG adventures weren’t so much about defeating a proper number of monsters or having a well-defined path to take in order to achieve a certain set of goals. They were mostly about exploration/investigation and roleplaying, and of course, they could have plenty of combat—but combat wasn’t the prime directive. When gold was the currency that is now experience points, player characters may not have had to be involved in any fighting at all in order to progress. These scenarios made for clever, rash, or sometimes much-deliberated ideas that garnered them the wealth they desired. The “murderhobo” trope we’ve all come to know and dissect was born more out of latter editions of the game when optimization and endless lists of feats and prerequisites ruled the day.

With the rise in popularity of video games, especially multiplayer ones, the elements of balance became more evident and important, so each player could feel adequate compared to their teammates. No, I’m not making the MMO argument; this goes back even as far as popular arcade games like Gauntlet, Turtles in Time, and many others. These video games however weren’t built around a shared experience or the camaraderie and teamwork that tabletop games were. Sure, those elements were there but not really required and were more of a byproduct of simply playing a game together. The bragging rights, high scores, and a consistent experience playing them were at the forefront for these games. As with all things, change wasn’t instantaneous, but ever since then, the focus of modern multiplayer RPGs, both tabletop and electronic, have shifted away from more narrative elements and toward ensuring balance, which is why I’m here to talk to you about the lack thereof.

I’m aware that a trend is developing where we’re beginning to lean more toward session XP or GM-driven level ups at pivotal story points, using systems similar to Shadow of the Demon Lord or Savage Worlds when it comes to character advancement. However, advancement isn’t the only thing tied to balance; it’s just one example of the motivators that grease the wheel of not only how and why we play games but also how we design them. The direction of narrative games seems to be coming back into focus, but a lot of us are still hung up on building encounters by the book. We’re using hard-and-fast rules to create rigid, uninspired combat set pieces in the middle of telling stories about underdogs and crestfallen heroes, and these two things couldn’t seem more at odds with one another to me. Frodo bearing the burden of the world on his shoulders, camping on a barren mountainside and being descended upon by seven ring wraiths is very far from anything I’d remotely call balanced, but it was definitely memorable.

Now this doesn’t mean that every story where the odds are skewed terribly against someone should always come out in a tide-turning series of events. If that happened too often, the magic of it all would dissipate, like superhero movies. Which would also defeat the entire purpose of this series, so while I’m not advocating for taking things completely off the rails 100% of the time, I am for doing it more often than not. You want imbalance to really feel like something special, to create memories that stick with your players. You’ve got to know when to use it and when not to. After all, all show is no show. We’ll navigate the dos and don’ts throughout this series and talk about ways to even the odds, handle the meta aspects, and find ways to set up entire campaigns full of imbalance.

In my next installment, we’ll talk more concretely about how to break out of your encounter building box. So take whatever budget, formula, chart, matrix, or riddle you currently use for building balanced encounters and get ready to tuck it away for a while. We’re going to focus on making things interesting instead of reliable.