Skip to content
Home / Delve into the Depths in the Kobold Blog / Monday Monster: Secretion Ooze 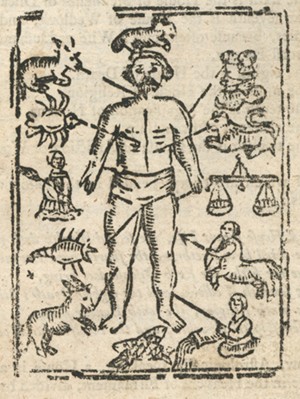 A viscous blob of turgid pulsing fluid, this ooze is composed of the vilest bodily secretions suspended within a thin gelatinous sack. The ooze changes in color and density as it moves, trailing an odious stench and wet smoking slime.

Secretion oozes are fell creations of lost sorcery, terrible experiments gone awry or diabolical sacrifices to barely sentient gods that have taken on a life of their own. They constantly seek to extinguish the lives of others and thus to replenish the vital fluids that constantly leak from their shapeless bodies; they literally devour the bodily humors that animate living things.

They bring terror, apathy and despair to all those they confront, for once they were part of us, and so they will be again…
[More…]

TACTICS
Before Combat A secretion ooze swims beneath the surface of cloudy pools or silently slides across ceilings waiting for prey, relying on the element of surprise to take down targets.
During Combat A secretion ooze uses its slam attack on creatures in combat, hoping to afflict them with a debilitating negative emotion so it can quickly finish them off. If it is facing particularly dangerous opponents or one that is difficult to hit, it tries to engulf them instead.
Morale A secretion ooze might try to escape when below 30 hit points or it might not, depending on which emotion is dominant at any one time in its balance of humors. If angry or inflamed with passion, a secretion ooze normally sticks around to the bitter end; otherwise it tries to escape, flowing up a wall or into deep water to evade its foes.

SPECIAL ABILITIES
Acid (Ex) A secretion ooze deals acid damage with each of its attacks. Its acid harms flesh and wood but not stone or steel.
Emotive Blows (Su) A creature struck by a secretion ooze is infused with bodily humors and thus afflicted with a random powerful emotion. This emotion has a chance of overwhelming the target’s mind and body. The emotion depends on the transient color of the ooze, as shown below:

The random emotion lasts until the beginning of the ooze’s next turn and the victim gains a DC 16 Will save to resist the effects. The save DC is Charisma-based.

Engulf (Ex) The ooze can attempt to engulf Larger or smaller creatures as a standard action. The ooze engulfs as many opponents as it can cover simply by moving over them. Opponents can make opportunity attacks against the ooze, but if they do so they are not entitled to a saving throw.

Those who do not attempt attacks of opportunity must succeed on a DC 17 Reflex save or be engulfed; on a success they are pushed back or aside (opponent’s choice) as the ooze moves forward. Engulfed creatures are subject to the ooze’s acid and emotive blows, and are considered grappled and trapped within its body. The save DC for this ability is Strength-based.

Changing Emotions (Su) At the start of every round, the secretion ooze changes color as a powerful emotion sweeps through its body. The color and emotion associated with each change in bodily humors is determined by a random roll.

Repulsive Appearance (Su) A secretion ooze’s appearance reminds people that the four humors are intimately tied to their own humanity, and that such fluids are contained in their own body. Any humanoid seeing a secretion ooze must make a DC 16 Will save or be overcome with revulsion by the creature’s appearance and become sickened until they leave its sight. The save DC for this ability is Charisma-based.

Skills A secretion ooze gains a +8 racial bonus on Climb and Swim checks, and can take 10 on these checks while being rushed or threatened. An ooze can use the run action while swimming, but only if it does so in a straight line.

Born From Flesh, Phlegm, and Bile
Also called humor oozes, the secretion oozes are formed from a combination of the four humors, including bile and phlegm, and are thought to be created using warped magical rituals to draw the humors out of living creatures. Since their first appearance these oozes have spread in number, slowly propagating their kind by sucking the humors out of living creatures.

A secretion ooze changes in coloration every round, switching between angry yellow, bright red, putrid black, and the color of glistening mucus. A typical secretion ooze is over 10 feet across and about 9 inches thick. It weighs in excess of 6,000 pounds.

Ecology
Secretion oozes are creatures of madness incarnate; afflicted with a range of conflicting emotions that drive them to slaughter any living creature they encounter. They particularly favor humanoid targets, for these creatures contain the humors upon which they rely to continue their tormented existence (a paradox, but normal for a creature of such demented origins).

Because of its rapidly changing emotional state a secretion ooze’s behavior is unpredictable, and it can shrink from combat one moment before attacking the next. Still, its hunger for flesh, blood and bile consumes it utterly, and it always attacks humanoids regardless of its emotional state.

Habitat and Society
A secretion ooze is a solitary creature, seeing all other oozes as competition for resources and as a rich larder filled with the humors it needs to survive. When such oozes meet it normally results in an emotion-fueled battle that ends only when one ooze consumes the other.

Secretion oozes are asexual creatures and occasionally split after a particularly rich meal of humors. This is quite distressing for the ooze, and it often weeps clear slimy tears during the process. The result of this ‘birth’ is two identical oozes that, depending on their mood, might go their separate ways or attack one another in desperate fury.

Curious about bodily humors and medieval ooze studies? See the Forum or take a peek at Medieval Medicine: Four Humors in Kobold Quarterly #8.