Skip to content
Home / Delve into the Depths in the Kobold Blog / Midgard Atlas: A World of Deep Magic on Your iPad 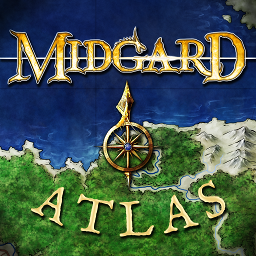 The first app from Kobold Press hit the iTunes App Store this weekend. Midgard Atlas by WyvernX puts the world of Zobeck, the Empire of the Ghouls, and the dwarven Cantons at your fingertips!

Midgard Atlas is an animated, totally zoomable map of the entire heartland of Midgard, from the Western Ocean to the Mharoti Dragon Empire. The $3.99 app includes:

This high-resolution map unlocks all the wild places and fantasy civilizations of Midgard. Take a look at these screenshots after the cut.

16 thoughts on “Midgard Atlas: A World of Deep Magic on Your iPad”