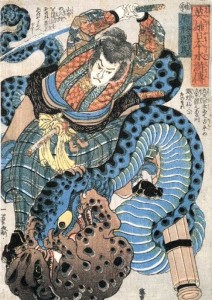 Tips and Tricks for Keeping Your Players’ Heads in the Game

Storytellers have a lot to deal with when it comes to running a roleplaying game. They have to construct the world, build the bad guys, assign stats to NPCs, name the taverns, blaze trails through the woods, and do all of that behind-the-scenes work that players never appreciate until they’re on the other side of the screen. As if that wasn’t enough, it all gets a great deal harder when players just can’t keep things in character. If you want to look like a really savvy storyteller, though, you can do certain things to make sure your players keep their game faces on.

Every player loves to roll checks; it’s the main way players participate in the game. That said, rolling a die is like pushing a button on a video game controller; it provides a disconnect between the player and the character. As such, you need to make your player work for it to keep in-line with the character. Don’t just let them make an intimidate or diplomacy check, for instance; have them go through the interaction with the NPC. This will allow the player to get into the rhythm and pattern of the character’s speech, and it will end up as a much more satisfying interaction.

The same is true for any number of other situations. Don’t just let them handle an animal, swing a sword, cast a spell, and so on. If you make it clear that players have to roleplay their characters, then they’ll do so with every action. It may also become a competition; who can be more in character and paint the clearest picture of the scene?

Being a storyteller is a thankless job, but there are a lot of great tools to help you along. Say you’re running a horror game, and the party finds a scrawled note that’s been torn up. Provide the note, and let the players piece it together. While you don’t necessarily have to build a set in the spare room for the professor’s creepy office for your players to walk through, I guarantee that if you did, players would remember that for the rest of their gaming lives. A folded up treasure map, a coffee-stained journal, or even a lost wallet can all add that touch of realism that players need to stay in character.

Players will follow the storyteller’s tone when a game is running. As such, it’s a good idea to dust off your purple prose, and remember to engage every sense when it comes time to put the scene together in your players’ minds. Don’t just say this: “You enter the crypt. You see three sarcophagi and a wooden door.” Dig down deep and channel some Robert Howard. Try something like this: “The smell of damp and dust invades your nostrils as the door creaks open. Flickering torchlight reveals ancient caskets, their lids still closed since time immemorial, and a cracked, flagstone floor. Carvings on the walls have been faded by time and running water.”

The same is true no matter where your players are or what they’re doing. If they’re staying at the inn, walking through a castle, or charging into the stronghold of an ancient cult, you need to drag them into the scene. If you can’t make up great prose on the fly, then write it down. That’s what boxed text is for.

Using game terms is perhaps one of the easiest ways to torpedo good, in-character interaction. How many times has the cleric asked, “How’s everyone looking?” and every player at the table answers with a hit point count? That right there is the first thing you as the storyteller need to put a stop to. Don’t allow players to describe any sort of damage they’ve taken in game terms; make them roleplay it. They can describe the wounds and whether they’re bleeding. Have them to describe if they bear the marks of magic or disease. Keep players on edge.

The same is true of monsters. When your players roll their damage, never, ever tell them how many hit points a monster has left. Describe the attack instead, and allow the players to see the wounds the creature has dealt with. For extra storyteller points, don’t allow your players to discuss the monsters out of character. If someone’s character knows what the monster is, then that character can discuss the creatures by name. Don’t let your players jabber. Combat should be tense and fast; placing a stopgap on information will ensure that players are paying attention.

Every storyteller has his or her unique voice and style, but the more in-character things are, and the more engrossing a storyteller makes the game, the less and less often players are going to want to break that narrative. It might take a little bit of trial and error to see what works with your players, but if you keep an open dialogue, then chances are good your games will be unforgettable experiences.

3 thoughts on “Keeping It in Character”