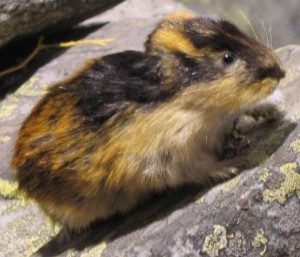 Anton Swordbender swaggered out of the tavern, heading for Puffin Bluff after a full night of drinking. While he hadn’t succeeded in finding company before he left, he knew he caught the eye of at least one lass who would be easier to persuade later. A forced cough interrupted his thoughts as he reached the bluff. Anton recognized the halfling standing at a nearby tree.

“We meet again, my old enemy.” Thaddeus Owens smirked. Anton never quite knew why the halfling had it out for him, but he found himself frequently annoyed by the diminutive creature’s futile attempts at revenge…

“Not this again. I really have more important things to do.” Anton pointedly ignored Thaddeus and proceeded to the top of the bluff.

“Ah, but this time, I will get my revenge,” he crowed as he produced a whistle. Bringing it to his mouth, he blew a sour note, prompting Anton to reply, “If your revenge consists of giving me a headache with bad whistling, you win.”

Thaddeus grinned as a mass of tiny rodents surged up the slope toward Anton. “Soooo, a bunch of mice are going to nibble me to death? That’s your rev—AHHHHHHHHHH!” The wave of rodents carried Anton over the edge of the cliff with them, as the halfling smiled grimly.

Surge (Ex) Once per day, when a lemming swarm is within 60 ft. of a precipice or large body of water, it can surge forth. The swarm executes a charge action, doing no swarm damage. Rather, it performs a bull rush with an effective +9 CMD.

A lemming swarm looks like nothing more than a roiling mass of mice. An individual lemming is all of 5 in. long and weighs a modest 4 oz. Individually, the creatures pose no threat to anyone. Collectively, they gain incredible strength, especially as they approach any water or sheer drop-off.

Lemmings graze on grasses and shoots, and they eat the occasional grub or larva. They are hardy creatures that do not hibernate through winter; instead, they find food by burrowing through snow to find grasses buried underneath. They pose no danger to their surroundings, except to any stray creatures in the way during a swarm’s twice annual rush for new lairs.

A lemming is typically a solitary creature, meeting with other lemmings only to mate. The creature has an extremely high reproductive rate, which leads to incredible population booms. When this happens, lemmings migrate en masse, invariably taking them through bodies of water and over cliffs to find new homes. So intense is their drive to disperse their population, a swarm will surge when it catches sight of a cliff or body of water. Any creature caught in such a surge usually winds up plummeting over the edge, or drowning in a river or lake.

A 5th-level character who can cast summon swarm has the choice of summoning a lemming swarm, instead of the listed choices.