Skip to content
Home / Delve into the Depths in the Kobold Blog / Your Whispering Homunculus: Unusual Attire, Part One 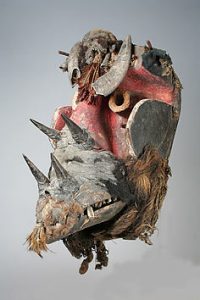 “Interesting attire you’ve chosen for this evening’s ball, master.”
“I see nothing unusual about it. Noteworthy definitely; unusual no.”
Well, my thinking is—if he’s going dressed as an evil apocalyptic duck, I wonder what the other guests will come as?

Nothing is more important than making a first impression, they say. Well tonight’s YWH certainly aims for that. Dress your NPCs up in some of these costumes, and the questions are bound to begin quickly. Have fun deciding just why the NPCs dress as they do, and you may find a story developing.

For the sake of equality, the attire is divided into the rather mundane charts of male and female, but you may want to mix things up a bit. That’s up to you—it’s your campaign, after all.