Skip to content
Home / Delve into the Depths in the Kobold Blog / Your Whispering Homunculus: Crooked Characters—Emilia Bittersweet, Part One 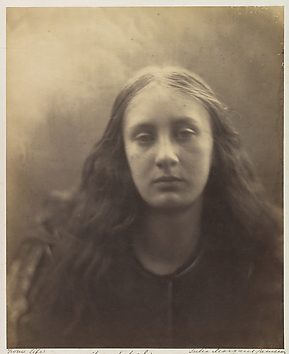 “Master, we have a visitor.”

“Good, I’ve been expecting her. I have a little gentle pilfering to commission. Fetch my finest absinthe and then bring me the bottled imps. I’m not entirely sure I can trust this guest…”

Crooked Characters are detailed NPCs to slip into your adventures however you wish. Free from class and statistics, they can be used in any fantasy gaming system. Each comes with a detailed description and character motivation for you to use in your campaign—perhaps as a mere passer-by, rumor, confidante or maybe the motivation behind a whole adventure.

Despite her best efforts to look plain, there is steel and confidence in this young woman, though her eyes betray a little sadness. Her hair is shaved quite short, which merely accentuates her strong feminine features; there is almost a feeling of her trying to hide her looks behind roughness that sits uncomfortably upon her. She’s maybe thirty, perhaps a little older, and on the gaunt side of thin and the ragged side of tidy, not that it troubles her. Her hair’s a little ruffled; her hands and arms have a few nicks and marks. She’s lived, perhaps a little toughly.

Emilia Bittersweet has many names. In fact, remembering which name she’s using for a given job has caused her to suffer more than one awkward scrape. She a thief at heart but a damnably subtle one; her specialization is in disguise and the con although she can crack a lock, use a rapier, and climb a high gable if needs be. Emilia, aka the Scarlet Shadow, Lady Emilia Kemp, Divine Sister Ingratia, and so on, uses her calculating charms to good effect, which sadly makes her enemies. Mention her name around the thieves’ guilds of the city and you’ll find it followed by a spit—she’s not popular. Talented thieves rarely are among other thieves, and there are plenty of roughs in town who would pay a pretty penny to have her in their grip. She’s also unpopular among the nobles of this fair settlement. She’s swindled and robbed too many not to be; there’s a pretty price on her head and at least one group of dandy noble knights, if such ineffectual slobs are worthy of the name, called the Brothers of Sin who have let it be known that they would be happy to pay the very highest price for her—intact.

Emilia can be encountered in any place, from the low taverns of the slums and ghettos where she frequently stays with friends—did we mention that Emilia has this appalling notion of robbing from the rich and giving some of her profits to the poor?—to playing the part of a maid in waiting or a serving wench in some aristocratic kitchen, always with a plan. Emilia plans everything she does meticulously, and her notes on her present jobs, which can number anywhere up to a score, are hidden with paranoid efficiency in her home high in the city rooftops.

Emilia has a great secret and driving force that motivates her and whose potential discovery gives her sleepless nights: she has a ghoul daughter hidden away in her high attic garret. Her daughter—Rebekka—is her joy and penance, and Emilia is bloated with guilt about her sickness, something she was inadvertently responsible for when she crossed that damned rogue ghoul the Loping Man. He traced her back home after she’d robbed him and his foul cult of all their wealth and emptied their larders of victims who fled into the warren of the city back to their wives and husbands and families. She knew she should have killed him, but the damned undead was too quick for her and then traced her back home. Damn him. He infected her daughter before she could finally destroy him, and now Emilia lurches from one hope to the next searching for a cure. Now her beloved daughter raves in her cage, her screaming for blood answered only by bland tasteless animal meat while her hunger craves for warm human flesh to feast upon. Yet Emilia sees glimpses of her daughter in the thing she has become and prays every night that she can undo her greatest mistake…