Skip to content
Home / Delve into the Depths in the Kobold Blog / The Far Side of the Table: Giving Players Metanarrative Information 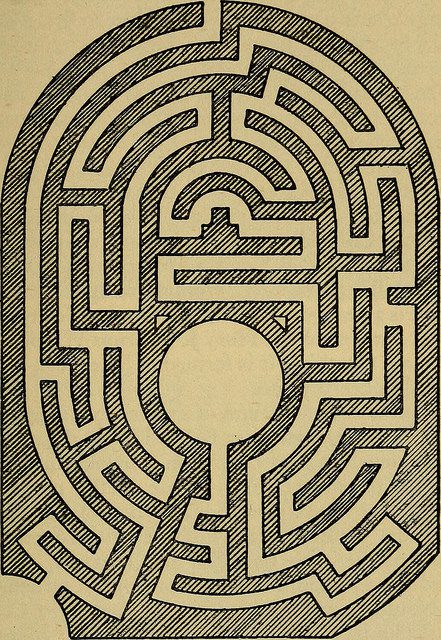 Strass was lost. Surrounded on three sides by towering stone walls, he groaned in frustration and looked to his two companions. Val and Azreal stood nearby, arguing over a crudely drawn map. Taking out his axe, Strass felt the comforting weight in his hands. He smiled as he imagined using it on Faldren the deceiver.

Welcome to the table. This week, the adventurers followed their nemesis through a labyrinthine ruin. During their hunt, I planned to introduce information that would both increase the tension in the game and present a new challenge to the players. I was going to present a scene happening away from the characters—giving the players information but not their characters. Today, let’s talk about giving players metanarrative information.

Moving away from their most recent dead end, Val, Strass, and Azreal wandered through the endless labyrinth. As they walked, the only indication of time passing was the steadily dwindling number of torches the adventurers carried. Each room appeared exactly the same and each hallway seemed a mirror to ones the adventurers traversed before. After coming to their twentieth dead end, they made camp, reviewing their map and contemplating their next options.

Metanarrative is information that players know about the story and plot that their in-game characters do not. Metanarrative information is those aspects of the story that go unseen by the characters but that are influential to the plot. To give an example, the players may be negotiating with a local guild master. Little do the players know, but only an hour before, the guild master was blackmailed by the local thieves’ guild and has orders to impede the players. The players may never discover that the guild master was blackmailed or may learn only a fraction of the details, but that earlier scene was important to defining the obstacles the characters face.

At the table, I hoped to introduce information that would increase tension and present a new obstacle for the players, showing that time was counting down and that the players could not rest or relax. To do this, I read the following paragraph aloud during a moment when they were relaxing and planning their next moves: 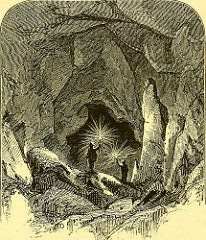 You all take a moment to pause, inspecting your surroundings and determining what to do next. Meanwhile, outside the grand labyrinth, a large carriage rolls up to the entrance driven by a powerfully built woman dressed in mercenary leathers. Reaching down, the woman knocks on the roof and the carriage door swings open to allow six figures, each similarly dressed in mercenary outfits to step from the carriage. As the group draw their weapons and begin to sharpen them, one figure crouches near the labyrinth entrance, inspecting the faint trail you all left behind. “They are in here,” the figure motions, and the group enters the shadowy structure.

Giving players information beyond what their characters would know requires caution from the GM. When giving players more information about the plot, GMs should try not to spoil surprises, break the game, or provide simple explanations. The information that I gave was intended to remind the players that there is more happening than just their adventure in the labyrinth and to increase the peril felt at the table.

Introducing information beyond what characters would normally know can be a great opportunity to inspire roleplaying and new tactics from players. After informing the players that a band of mercenaries were stalking them through the labyrinth, the players started making decisions faster, wondering whether each noise or event they triggered would result in their being discovered. Using this device helped enhance the narrative, as the players began to think about whether their nemesis had planned for players to be in the labyrinth along with a group of mercenaries.

Strass cocked his head at the sound of a distant noise. Memories of daggers in the dark and figures ravenous for his blood filled his mind. He gripped his axe more closely. He knew that noise. It was the sound of blade on blade, the sound a butcher makes when sharpening a dagger. Turning to his companions, Strass motioned for them to pick up the pace and be silent.

When picking metanarrative moments, focus on those that will enhance a single scene or narrative arc, but be careful in not revealing too much or substituting a metanarrative scene in place of simply using a plot hook. Metanarrative scenes can quickly become plot hooks, if the content within them point to new places for discovery. I recommend using these scenes only to enhance the current adventure or a single moment.

Introducing metanarrative information may cause players to utilize that information in ways that could alter the game or result in the players using the information to their advantage. Be aware that by using this method, you are intentionally cueing players to think about the metagame. I recommend having a conversation with them before and after your game to discuss whether they had fun. Also, this may prompt a great opportunity to talk about how players can separate character knowledge from player knowledge in effective ways.

This is only one example of how metanarrative moments can be shared. Below, I’ve noted a few other possible options for sharing information that players may not usually have control over or be aware of: 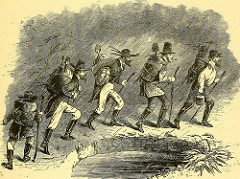 The adventurers knew they were being hunted now and it was only a matter of time before they were caught, cornered amid the dozens of false passages. Rounding a corner, Strass could make out the sounds of booted feet somewhere close by. Preparing himself for a fight, Strass let his companions pass by. Sparing a glance over his shoulder for them, Strass nearly dropped his axe in surprise. Before them, a half-broken bridge jutted out into an endless void, a brand new passage leading beyond the harrowing jump.

6 thoughts on “The Far Side of the Table: Giving Players Metanarrative Information”