Skip to content
Home / Delve into the Depths in the Kobold Blog / Welcome to Midgard: Lands of the Dragoncoil 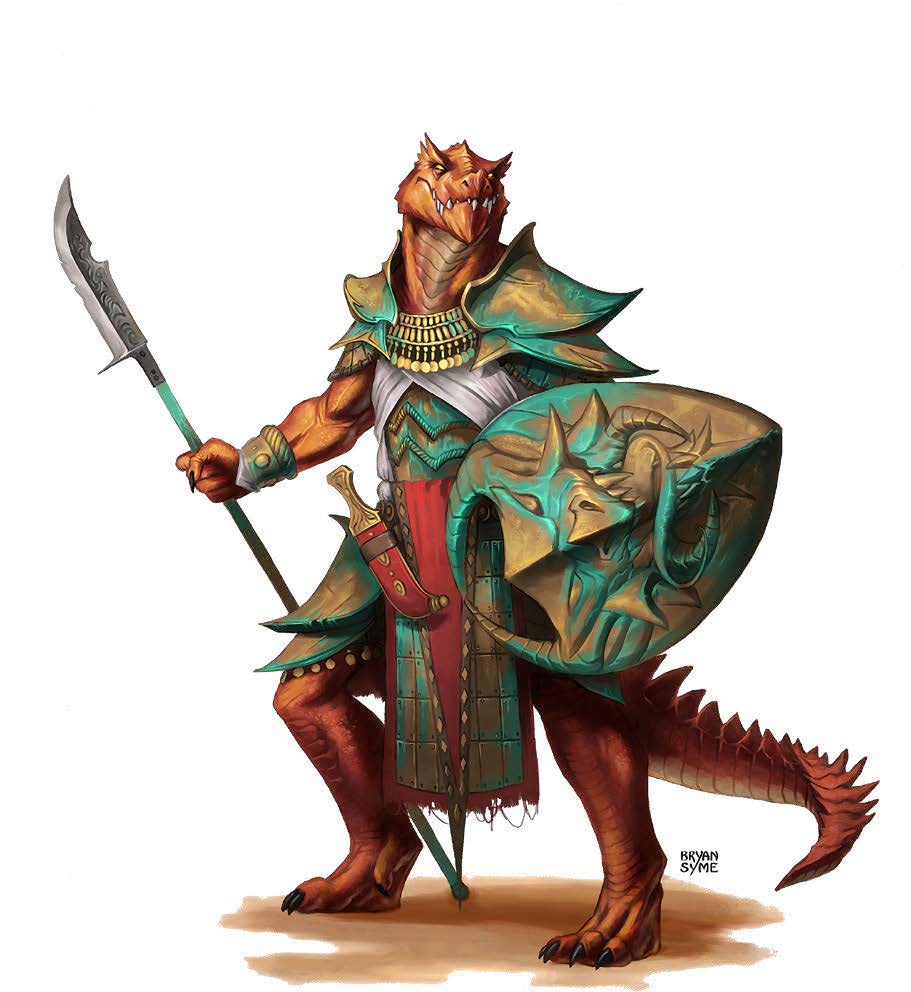 The lands of the Dragoncoil Mountains and its lowlands along the Middle Sea are another world compared to the fertile forests and mountains of the North. They are rich in trade, ancient in magic, and dominated by a vast draconic empire—and by the god-kings of Nuria and the grasping priests of Ishadia before that. Their strange magic and their control of valuable trade routes makes the dragonfolk rich and powerful, and their schools of learning are in many ways more advanced than those of the Seven Cities or the Crossroads.

In the parched lands of the east, the thralls and subjects of the Mharoti Empire cheer the annual march of the sultan’s dragon-mounted legions, even as they fear its assassins and ruthless tax collectors. Once a year, the sultan’s decree urges the nobility to put aside its endless feuding to conquer new lands under the banners of the Fire Monks and Wind Priests of the Four Elemental Temples. The various lords, lordlings, and emirs ride mighty wyrms and drakes to war supported by fearsome fire giants, the tusked ogrekin of Kaa’nesh, and eunuch sorcerers of the Eastern Rites of Azuran. The hunger of their draconic patrons never ceases, and their greed drives never-ending campaigns to gather slaves, wealth, and new lands. Worship of dark gods such as Mammon and Vardesain is a constant, since dragons are surely as prone to corruption and temptation as humans.

All this striving has led to wealth and power growing as inevitably as an avalanche in the high passes. Gold and silver trickle through the empire like rivers. The Mharoti Empire’s cities and tent towns host magnificent bazaars, crowded with thieves and criminals. Caravans connect the kobold folk with the markets of the Southlands, and ambassadors of a hundred nations seek the sultan’s blessings in the courts of Harkesh.

The empire’s people are proud, and yet they show hints of hubris, religious zealotry, and even signs of faltering bloodlines and decay. Debauched cultists beholden to strange gods kidnap unwary travelers to sacrifice to great fiery Baal, or to local cults such as V’ashra the Tormentor or Forty-Fingered Nakresh. The cults of Nuria seep across its borders, and the peculiar gods of the East are present in the empire as well, particularly four-faced Azuran. Paladins, monks, and sects of every kind breed preach loudly, beg quietly, and fight in the streets. Unrest among the priesthood has toppled more than one sultan. Baal’s mouth is ever hungry, seeking sacrifices and taxes for the empire’s further glory.

So visit the thousand stalls in the Grand Bazaar of Harkesh, raid the caravans stuffed with gold, carpets, and fragrant spices, or leave the empire to climb the Sky Stairs of Beldestan—ten thousand mysteries of mountain and desert abound in the Dragon Empire and its surrounding lands!

ORIGINS OF THE MHAROTI EMPIRE

The lands of the Dragoncoil Mountains have always been infested with drakes, wyrms, and wyverns—they give the mountains their name. But about 400 years ago, one especially cunning red dragon by the name of Mharot decided he was tired of working so hard to steal golden treasures from humans and dwarves, and then being forced to continually guard those treasures. He proposed a pact to neighboring dragons, and he accepted the standing offers from kobold tribes to give their whole-hearted allegiance to the dragons in exchange for protection. With the patronage of the dragon gods and the aid of its elemental sorcery, the empire has grown great indeed.

It is difficult to adequately describe the depth and exotic confusion of the Mharoti Empire. Many of its cities are more populous than entire nations in the North, and they display great ambitions and contradictions. The Dragon Empire seeks to expand, to garner tribute from subject nations, and to bring the word of its elemental gods to a wider world. It has expanded quickly in a few centuries, backed by dragon fire and claws.

The Mharoti Empire is one of the few places where humans and their kin are distinctly second-class citizens. The dragons’ vanity was such that they could never agree on a dragon ruler, so they gave the job to a clearly inferior human or dragonkin instead. Until quite recently, the Dragon Empire was ruled by a human man or woman who loosely held the reins of power. Five years ago, one of the dragonkin declared that the human ruler’s corruption led to the empire’s battlefield failures—and took the reins of power for himself and his family.

Recent History of the Empire

Seven year ago, the armies of the Dragon Empire conquered the mountains and valleys of Illyria, annexing it as the empire’s newest province, Rumela. In addition, the swift-flying Mharoti legions killed King Stephanos of the Magdar Kingdom and his eldest son at the Battle of Marroc’s Field, where the northern Knights of the Undying Sun almost cut the imperial army in two. Much glory went to the war wyverns that tore apart the battle wagons of the Magdar, though others claim kobold alchemy filled the field with choking mists (both are likely true).

With the conquest secured, the Mharoti are patiently rooting out all opposition and have brought tens of thousands of kobold settlers to turn the land to productive use. Digesting such a large swath of terrain takes time, but the dragonkin have time aplenty, and many nimble claws to work the land, pile high stones, and improve the roads over the passes. Their work is steady, honorable, and seemingly endless.

Six years ago, the Mharoti Admiral of the Western Fleet, Tolga Serkhan al-Harkeshi, lost his entire Mharoti fleet in a huge naval engagement against Triolo, Kyprion, and their allies. Worse news followed a year later, where the dragonkin lost a major engagement with Ishadia and Khandiria. During the Battle of Wheeling Angels, a powerful celestial summoner rained holy fire on several true dragons, knocking them from the sky while vast number of Khandirian oliphaunts and juggernauts overran the Mharoti gnolls, edjet, and kobold levies.

When word came in of the battle on the heels of the Battle of Seggotan’s Tears (which the Triolans call the Battle of the Golden Wave), the empire convulsed with the news of the death of tens of thousands and the annihilation of an entire dragon legion in the east. Moving quickly, three army generals staged a coup against Sultana Azrabahir. The sultana’s elite palace guards—the Order of the Wyvern— fell quickly in line, not questioning her usurpation, and the sultana barely escaped the coup. She fled on dragonback to Marea, where friends helped her bolt to exile in the Republic of Valera in the Seven Cities. There she sought shelter with young Emperor Loki, who surprisingly took her in. Her replacement as ruler was for the first time one of the dragonborn, a ruthless schemer named Ozmir Al‑Stragul—or as he prefers to style himself, the Dread Sultan. His two co-conspirators disappeared.

The new sultan is a break with the past: a dragonborn “new prince” has claimed divine sanction for his coronation, and a new Age of Scales. So far, Nuria has not taken action against the Mharoti, but it is probably not a bad time for the god-kings to consider it. Nuria is expanding its trade with Capleon, and priests of Thoth-Hermes are in the forefront of forging these new connections. At the same time, the Emerald Order (see Demon Cults & Secret Societies) is expanding its influence in the Seven Cities, sending scouts to the Magdar Kingdom, and making overtures in Zobeck.

Even the empire’s victory in Rumela is not unopposed. Triolo’s minotaur corsairs battle against the Dread Sultan’s fleets as red-sailed pirates, while the bandits of the White Mountain Marches and the ghost folk of the mysterious White Goddess raid deep into Rumela.

With long borders to defend and many enemies, the dragons may have reached the boundaries of their power— though few would bet against them. Somehow the Dragon Empire fights against the Magdar Kingdom, Ishadia, and Nuria Natal while at the same time grappling with the enormous Empire of Khandiria to the east. Having dragons among its legions is a great advantage, surely, but perhaps its claws seek to sweep too many treasures into its grasp. The Mharoti people—from its tiniest kobolds and most ragged humans to the mightiest gem-encrusted vizier and sagest dragon-prince—all believe in the legends of their greatness, and in their kinship with Veles the World-Serpent, the Maker of All Things. Surely the dragons who rule are made in his image, and they are fated to rule the world? Such confidence is infectious, and the Mharoti legions fight harder and march faster knowing that the blessings of the dragon gods shine on them and their cause.

The sultan plans to strike back hard. The good-hearted dragonkin of Capleon have been driven out or killed by a jambuka mob, and the temple and priesthood of Seggotan were torn apart or banished—and the sultan finds this an intolerable insult. He invaded the island of Kyprion and holds a single town taken from the minotaurs, but the great empire simply lacks the ships for a larger invasion and conquest. For now, the empire has a wide choice of enemies and prepares its next strike…