Skip to content
Home / Delve into the Depths in the Kobold Blog / Welcome to Midgard: Theocracy of Kammae Straboli 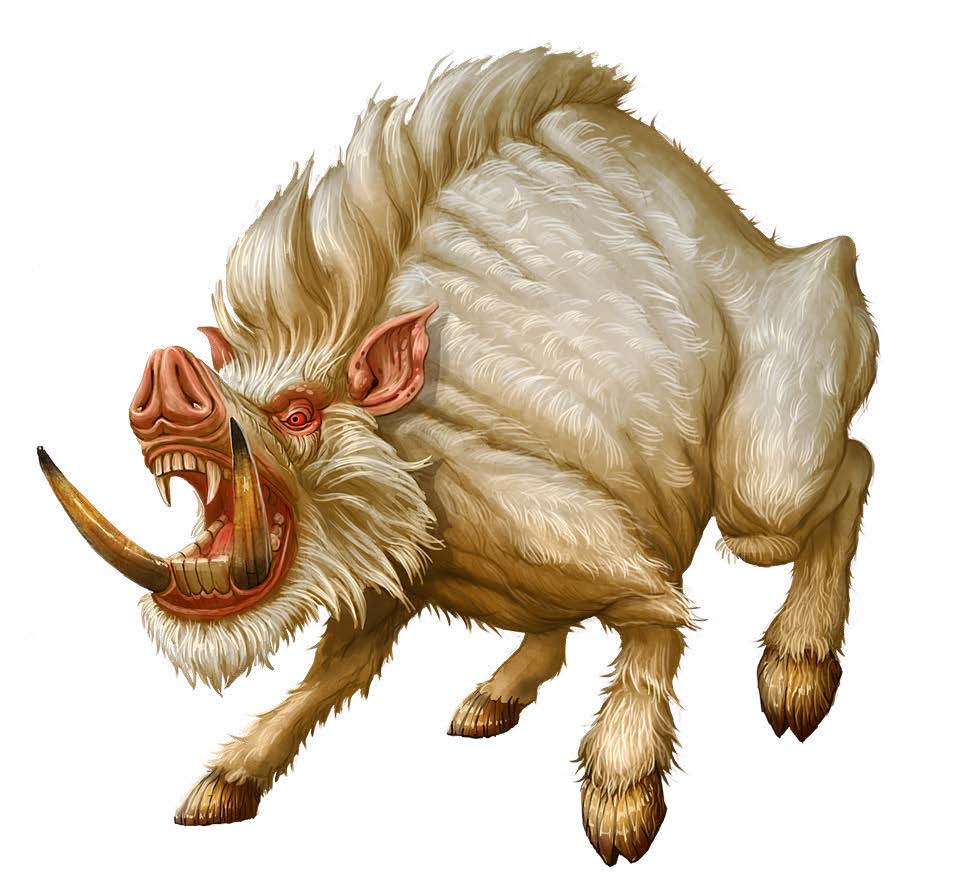 The inquisitors of Kammae know how to strike at their foes’ weakest spots. The priests of the Moon Goddess know where and when to attack those foes. The oracle knows how defeating those foes leads to a chain of events culminating in Kammae’s ultimate triumph. It is all foretold.

It is a time of change for Kammae. With the freeing of the sea god Nethus as husband and equal partner to their beloved Hecate, Kammae Straboli rises high on a new upwelling of fanatical faith and grim determination. Gone are the days when Hecate held them to nonviolent means; now the goddess demands the nation grow and be strong. Thanks to the aid of Nethus’s sea-titans and the new ghost‑boar cavalry, Kammae has already seized a large portion of Capleon. Guarded by Nethus’ scylla, the new eastern shipyards hurry to produce vessels while merfolk patrol the coastline.

Life in the Theocracy is eldritch and peculiar. The nation is populated by a zealous citizenry obsessed with displays of public piety, works of true charity, and great deeds of devotion. Recent conquests against Capleon, the alliance with other Septime states that brought down a Mharoti armada, and avatars of their god and goddess walking among them have turned the people of Kammae to look toward the future with the surety of certain victory.

Twenty-five years ago, Hecate and her oracle Yeneva Podella succeeded in imprisoning the sea god Nethus with a mystical artifact called the Chains of Kellid. As an added insult, they used the horrid amulet of stolen memories to rob Nethus’ wife Mnemosyne of any knowledge of her husband and stole the divine couple’s newborn daughter. Nethus was held in his temple in Kammae and the child, Dalyora, was given to Yeneva Podella to raise as her own daughter.

Holding Nethus was not enough for Hecate. She wanted him, his power, and his worshippers to be hers alone. After years of plotting, Hecate corrupted the godsparks (portions of Nethus’s divine power shed at the moment of his capture) and manipulated bands of unwitting adventurers to gather them thinking they were freeing the sea god. However, when the godsparks were reunited with their master, Hecate used their power to remove Nethus’s heart, binding him to her purpose.

Unaware of the absence of his heart and fully under Hecate’s sway, Nethus believes he is her good and true husband. The precise nature of the god’s former enslavement remains a mystery known only among the oracle’s closest confidantes and allies. Nethus thinks his captivity was protection after his mind was damaged by a vicious attack from the dragon gods. Now that he has been “healed,” the sea god boils with anger toward the Mharoti Empire. To Nethus’s delight and the adoration of all Kammae, the oracle has revealed Dalyora Podella to be, in “truth,” the daughter of Nethus and Hecate and appointed her as the new warleader.

The heart remains hidden away in a special chamber known only to the oracle and her most loyal servants. There, bereft of both husband and child and bound in the Chains of Kellid, Mnemosyne cradles her husband’s heart in her hands, sustaining it with her never-ending tears.

The city is a fine sight of red tile roofs and whitewashed houses, all well kept, its people learned and fanatically pious. Kammae is the only place in the Seven Cities where Mavros is not one of the great gods, for Hecate and Nethus personally guide the destiny of the city-state. Through them, Kammae will grow strong enough to stand against Mharoti ambitions. While some may doubt the sea god’s change of heart, most in Kammae bathe in his adoration and joint rulership of the nation.

Hecate and her oracle call the nation to grow powerful and Kammae Straboli turns its focus to war. The city’s forges create weapons and armor while legions of priestesses imbue healing potions, scrolls, and other magical implements to support Kammae’s army. In the fields outside the walls, the ghost-boar cavalry (or “cavallos”) trains. Warleader Dalyora Podella prepares Kammae to face the Mharoti Empire while the oracle works to make alliances among the other Septime nations.

Kammae’s internal difficulties and some of the discontent under the heavy hand of Hecate spring from the fact that many of its novice priests and most devoted zealots rely on requiem, using the drug to speak to the ghosts of elven wizards, dead army officers, or any other spirit they can corral long enough for a few pointed questions. This practice provides Kammae with lore, secrets, and insights not available to rival cities, but it comes at the price of addiction, madness, and death—an early death is fairly common among requiem users. Visitors to Kammae are advised to avoid the requiem dens.

Halls of the Oracle

The oracle’s building adjoins the Great Gold and Silver Temple of the Three Goddesses: Hecate the Moon Goddess, and her sisters Rava the Weaver and Lada the Golden. The halls are gilded throughout the interior and lit by magical lights, dimming only at the new moon. Its altars are redolent of fresh flowers in summer and rich incense and lavender in winter. For the three days of each full moon, the oracle holds oracular sessions, with only the most favored heroes and wealthiest donors guaranteed a hearing. The oracle traditionally sits on the ivory stairs at the center of the temple when receiving visions…