Skip to content
Home / Delve into the Depths in the Kobold Blog / Warlock’s Apprentice: Shade 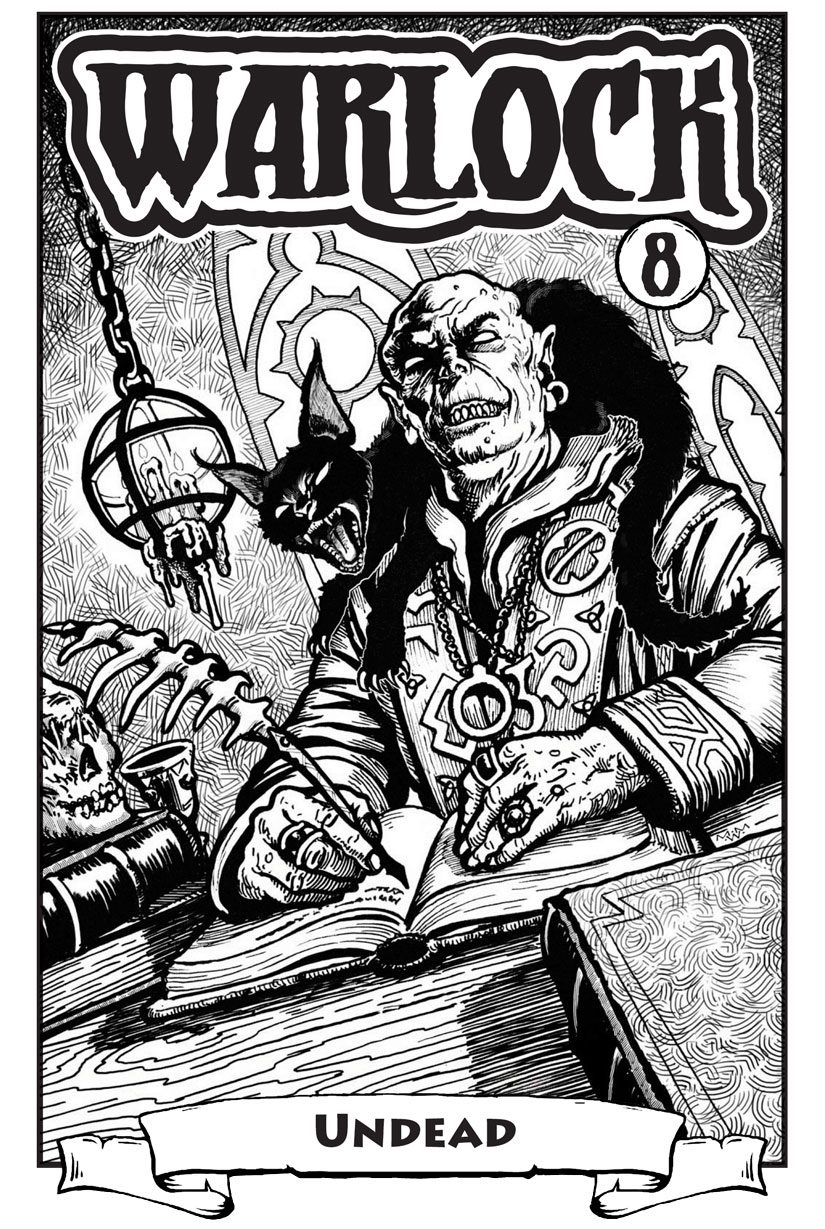 Life leaves echoes in its wake, whether crumbled remnants of a bygone civilization, tales of heroes and gods that spawn new beliefs, or even the echo of an individual soul left behind to haunt the living world. The world of Midgard is no stranger to ghosts and specters that linger beyond death, but sometimes a person’s passion, purpose, and will to live are so strong, their tie to the living world so unbreakable, that their memories create a vessel for their soul after their body dies. These people are called shades. Shades can arise from any living race.

There are rumors of darakhul or other undead leaving shades behind after destruction, but there are no reliable accounts of such a creature. It is more likely that an undead creature with strong enough will to become a shade becomes a shade of the race they were in true life.

A shade possesses a physical body that looks, acts, and feels similar to a living member of their original race, at least superficially. Shades must breathe, consume food and drink, and require shelter from adverse weather. Despite the functional similarities to a living body, a shade isn’t composed of flesh and blood. Their bodies are a memory of who they once were, inhabited and quickened by the presence of their soul. Exhaustion, deprivation, and injury take their toll on a shade’s body, disrupting their body’s ability to maintain the connection to their soul. Food, drink, and air aren’t necessary to nourish their bodies but merely to help them maintain the sense of being a living, breathing creature. Similarly, shades appear to sleep, but they do not require it.

The more injured or exhausted a shade, the less corporeal they appear. The colors of their body wash out to pale, desaturated tones, and light begins to pass through them. Blood from their wounds starts out as red and vibrant as any humanoid’s, but closer to death, their wounds cease to bleed and seem to evaporate at the edges.

The strength of a shade’s memory of themselves and their place in life is the core of their being. Newer shades are almost impossible to distinguish from their prior, fully-living selves. Like anything exposed to the gnawing ravages of time, however, memory fades. The older a shade gets, the memories that keep them tethered to the living world begin to fray. They might grow forgetful, occasionally losing track of where they are or what year it is. Their memories might drift together, causing them see people around them as figures from their past.

Many shades keep detailed memoires, tending to them with the same devotion that any living creature shows seeking out food and water. Shades can theoretically live forever, but in practice, the memories that tether them to life can’t hold out indefinitely. Journals and other personal mementos help shades keep hold of themselves and allow them to last longer, sometimes for centuries.

The largest known concentration of shades has arisen relatively recently in the conquered kingdom of Krakovar. The death that swept from the vampires to the south and their ghoulish allies that boiled up from the earth’s crevices created the perfect conditions for shades to arise. Despite their greater frequency, even in the new annex of the greater Blood Kingdom, shades remain scattered except for one place. A tiny village in the Ostre Hills, Werghart, hosts a community of shades. It’s remote and completely beneath the notice of the vampire ruling nobility because a scouting force destroyed it during the conquest. The shades found it not long after and set about to building themselves a new life. The Werghart shades are cut off, but they are determined and could make powerful allies in striking at the Blood Kingdom from within.

In the Southlands, shades are more common in Nuria Natal and in Siwal the City of Gardens. Siwali shades are great assets to the gravebinders who oversee the Necropolis, often becoming gravebinders themselves.

Because they can arise from any people, shades come from all corners of Midgard and from all walks of life. Station and wealth are no guarantee to help one linger on after the body’s death either. It’s not unheard of for a person to die only to rise as a shade with little understanding that anything changed. Some even hide or dispose of their original remains, sometimes suppressing or deeply denying the act at all, and resume their life with no disruption. Anyone could secretly, sometimes even to themselves, be a shade.

Some traveling shades leave their old lives behind, particularly those who were alone in life with no one to mourn them or fuel their memory. Such shades make up the majority of adventures. Other more established shades might set out on adventure to quest for the means to restore their true life or to protect loved ones from a threat. Krakovan shades engage in endless sabotage, harassment, and even outright warfare against the occupying forces of the Blood Kingdom.

Your shade character has a collection of traits that arise from being a shade as well as a few drawn from life.

Age. Shades appear as the age they were when they died. They potentially have no limit to their lifespan, but practically, ancient shades grow weary and lose their hold on their memories, fading away near 750 years old.

Alignment. Shades come from all walks of life but show a tendency toward neutrality. Shades that lack contact with other people grow more selfish over time and slip toward evil.

Size. Your size is determined by your Living Origin (see below).

Speed. Your speed is determined by your Living Origin (see below).

Darkvision. Your existence beyond death makes you at home in the dark. You can see in dim light within 60 feet of you as if it were bright light and in darkness as if it were dim light. You can’t discern color in darkness, only shades of gray.

Ghostly Flesh. Starting at 3rd level, you can use your action to dissolve your physical body into the ephemeral stuff of spirits. You become translucent and devoid of color, and the air around you grows cold.

Your transformation lasts for 1 minute or until you end it as a bonus action. During it, you have a flying speed of 30 feet (hover) and resistance to bludgeoning, piercing, and slashing damage from nonmagical attacks that aren’t made with silver weapons. You can also move through creatures and solid objects as if they were difficult terrain. If you end your turn inside an object, you take 1d10 force damage.

Once you use this trait, you can’t use it again until you finish a long rest.

Life Drain. When you damage a creature with an attack or a spell, you can choose to deal extra necrotic damage to the target equal to your level. If the creature’s race matches your Living Origin, you gain temporary hit points equal to the necrotic damage dealt.

Once you use this trait, you can’t use it again until you finish a short or long rest.

Spectral Resilience. You have resistance to necrotic and poison damage, and you have advantage on saving throws against poison and disease.

Undead Nature. You have two creature types: humanoid and undead. You can be affected by a game effect if it works on either of your creature types.

Game effects that raise a creature from the dead work on you as normal, but they return you to life as a shade. A true resurrection or wish spell can restore you to life as a fully living member of your original race.

Languages. You can speak, read, and write Common and one other language spoken by your Living Origin (see below).