Skip to content
Home / Delve into the Depths in the Kobold Blog / Treasure Tables: Empty Pockets 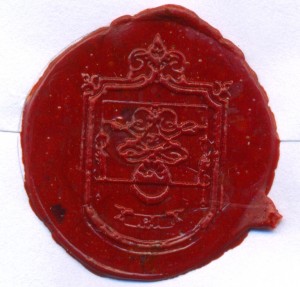 Some adventurers have difficulty keeping their hands to themselves. If you are frequently liberating others’ possessions, use the following table to add a little variety to your loot or let it serve as inspiration for a story hook. The value of the items can vary at the DM’s discretion but are suitable replacements for a handful of coinage or a small precious stone, although they could be worth more to the right person. You can roll randomly for a result below using the handy number provided with each entry to figure out your result on a d20. You can also pick one that works for the area in which your characters currently linger.

d20. Treasure
1. Two small ceramic vials stoppered with corks. The sigil of the local constabulary has been stamped into the sides.

2. A handful of small silver and copper coins pressed with unfamiliar faces and strange lettering.

3. A lace-trimmed white silk handkerchief embroidered with the initials ‘FLS’ and stained in one corner with fresh blood.

4. Some polished dice carved from bleached human knucklebones. One of the dice is obviously heavier than the rest.

5. A calligraphic playbill for “The Physicians’ Apprentice” with yesterday’s date and covered with half a dozen half-illegible signatures.

6. An envelope, yellow and weathered, but still sealed with wax pressed by a local legate’s signet.

7. A set of half a dozen tiny figurines carved into simple animal shapes. When placed on a reasonably flat surface or held in the palm of your hand, they gradually begin to animate and interact with one another.

9. An empty, crumpled leather belt pouch with a large hole opened along the bottom seam and a snarling beast embossed on the side.

10. An egg-sized smooth white stone poorly carved on one side to resemble a grinning skull. The tiny eye sockets appear far deeper than should be possible on an item this size.

11. A dozen brass keys in various sizes linked on a polished steel ring. One of the keys appears far too intricate for any mechanical lock you have ever encountered.

12. A folded note hastily scrawled with a single word written in a language you don’t recognize.

14. A small linen sachet that releases a strong odor of mint when you apply even the slightest pressure.

15. A delicate, pearl-handled comb along with a matching fine hairbrush and mirror, latched within a folding silver case.

16. A polished dark wood box inlaid with silver tracery and lined with velvet, suitable for displaying a single piece of jewelry.

17. A fur-trimmed dark leather hunting cap. A few dark, coarse hairs remain stuck to the inside.

18. Some slender satin arm-length gloves in a deep purple. Tucked within one of the gloves is a simple gold band.

19. A pendant consisting of a faintly glowing rough stone suspended in a filigree cage hanging from a thin golden chain.

20. A small metal cube with dark glass on two opposing faces. Holding the box up to a light source causes it to project a colorful image of two men in orange robes, arguing over what appears to be a carefully flayed human skin.