Skip to content
Home / Delve into the Depths in the Kobold Blog / Trapmaster: The Soft Touch 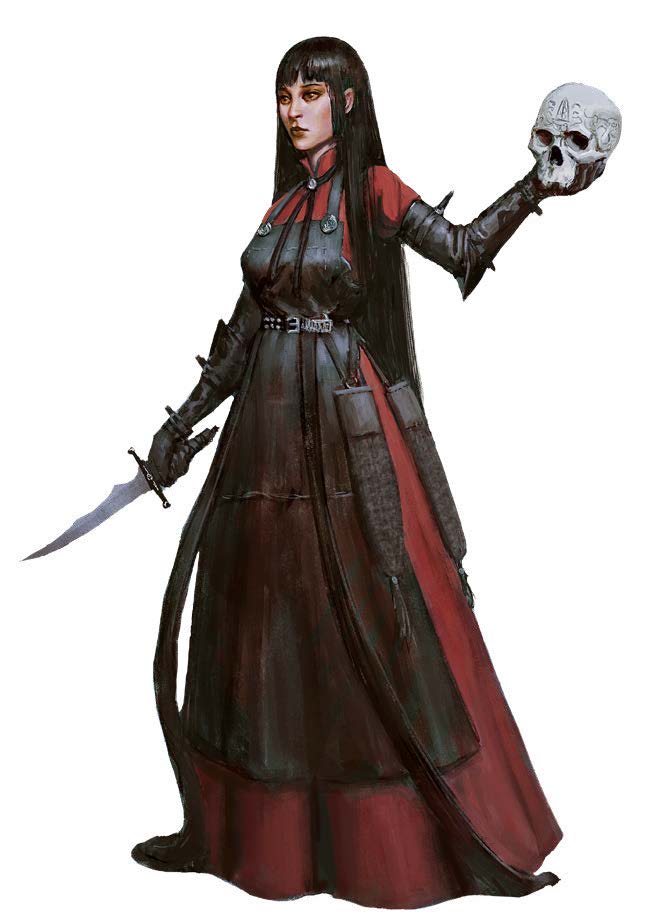 In a previous post, I brought up focusing your traps with purpose and mentioned nonlethal traps. These types of traps are often overlooked when designing adventures, but they are equally valuable. Nonlethal traps alert guards to the presence of intruders, scare off dangerous animals, capture valuable prisoners, or hobble fleeing prey.

We will discuss using these kinds of traps primarily to build suspense. When an alarm is raised, what is coming in response? Do the adventurers run and hide or stand their ground, fortifying their position for the coming attack? If a trap ensnares one of the heroes, particularly in a way that splits the party, exploration comes to the forefront as everyone uses their brains to rescue their separated ally before something else happens.

Sometimes a hunter can’t be everywhere, but they can cover a larger area with jingle snares.

Trigger. A large noose meant to ensnare an errant foot is buried under loose dirt or leaves. The rope is attached to a bent tree or heavy deadfall. Dozens of jingling bells are braided into the rope. When the rope is disturbed, it cinches around a limb and drags the victim into the air, making a great deal of noise.

Effect. The snare covers a 5-foot-by-5-foot area. When triggered, the victim is pulled 10 feet into the air away from any trees or walls, so they cannot climb down. Any creature in the area must succeed on a DC 15 Dexterity saving throw or be restrained. The movement of the rope rings the bells and can be heard clearly for up to half a mile. A creature can use its action to make a DC 15 Dexterity (Acrobatics) check to try to free itself. Dealing 5 slashing damage to the rope also frees the victim, though they may well take damage from the fall.

Secondary Effect. After a number of rounds equal to the target’s Constitution bonus (minimum 1 round), the victim must succeed on a DC 10 Constitution saving throw at the end of each of their turns or fall unconscious from being held upside down.

This trap is designed to separate dungeon delvers with a multilayered pit trap and to trick parties into leaving their allies behind.

Trigger. Stepping in the center of the 10-by-10-foot pit trap causes the victim to fall through a hinged trapdoor at 30 feet, which then swings shut and locks with metal bolts into the stone walls of the pit. The victim falls a total of 60 feet to a pile of cushions placed inside a silence spell. A falling creature takes 21 (6d6) points of bludgeoning damage but is only knocked unconscious if brought to 0 hit points. Meanwhile, at the locked trapdoor, a small door opens in the north wall of the pit to a 3-foot-tall fire-scarred tunnel that extends 10 feet before coming to a dead end. A rune is burned into the wall at the rear of the tunnel. A blackened Medium skeleton lies in front of the rune, having been destroyed by some horrible fire.

Active Element. Each round on its initiative, the trap casts sleep on anyone in the lower level of the trap (using a 6th-level slot).

Constant Element. The bottom 30-feet of the trap are within a silence spell that is triggered when the false floor trapdoor locks into place.

Countermeasures. A successful DC 20 Wisdom (Perception) check notices that an area of the floor is slightly different that the rest. The trap can otherwise be avoided with a successful DC 20 Dexterity saving through, provided that the victim can successfully make a standing jump of 8 feet to the nearest edge. After the trap is triggered, getting in and not falling for the misdirection are key toward any rescue.

Getting Through the Floors. The trapdoor and the false floor are made of stone and can be damaged (AC 17, 30 hit points), though both are immune to psychic and poison damage and have a damage threshold of 5.

Noticing Something is Wrong. A successful DC 20 Intelligence (Investigation) check made 30 feet down notices that there is no blood on the false floor, and the fire scarred tunnel is not hot. A successful DC 15 Intelligence (Arcana) reveals that the rune is a fake. Also, the skeleton is Medium sized, and should the victim not have been Medium, it is obviously someone else. If the skeleton is targeted with raise dead, the GM can choose whether the resulting individual is an ally, enemy, or hindrance.

Climbing the Walls. The walls are extremely smooth and require a DC 20 Strength (Athletics) check to brace in a corner and climb them without equipment.

Dispelling the Spells. Dispel magic can be used to cancel the silence and sleep spells, though not from within the silence.

An unlocked chest rests upon a dais with a light shining upon it, trapped to take advantage of the adage, “There is no honor among thieves.”

Trigger. Touching the chest activates a series of spells meant to trap the thief and scare off allies.

Effect. Touching the chest causes an unbarred forcecage to spring into existence around the victim and the chest. A DC 20 Charisma saving throw is required to teleport out of the forcecage. When the cage is activated, green smoke begins to fill the room (fog cloud), perhaps causing those outside the cage to think twice about standing in the room.

Secondary Effect. Opening the chest triggers a symbol of sleep inscribed on the bottom, which glows with a sickly purple light. A successful DC 20 Wisdom saving throw resists the symbol. If the victim fails the saving throw, their ability to aid in their own escape is severely limited.

Countermeasures. A successful DC 20 Wisdom (Perception) check reveals runes worked into the scroll work of the chest. A successful DC 20 Intelligence (Arcana) check while adjacent to the chest will disable the forcecage. If the check is failed by 5 or more, it triggers the trap. An attempt to disable the trap using thieves’ tools requires touching the trap and automatically triggers it. The symbol cannot be seen from outside the chest.

A successful dispel magic (DC 17) cast on the chest destroys the forcecage and fog cloud. A second casting (DC 17) is needed to disable the symbol.