Skip to content
Home / Delve into the Depths in the Kobold Blog / Secrets of the Emerald Order: Emerald Order Initiate 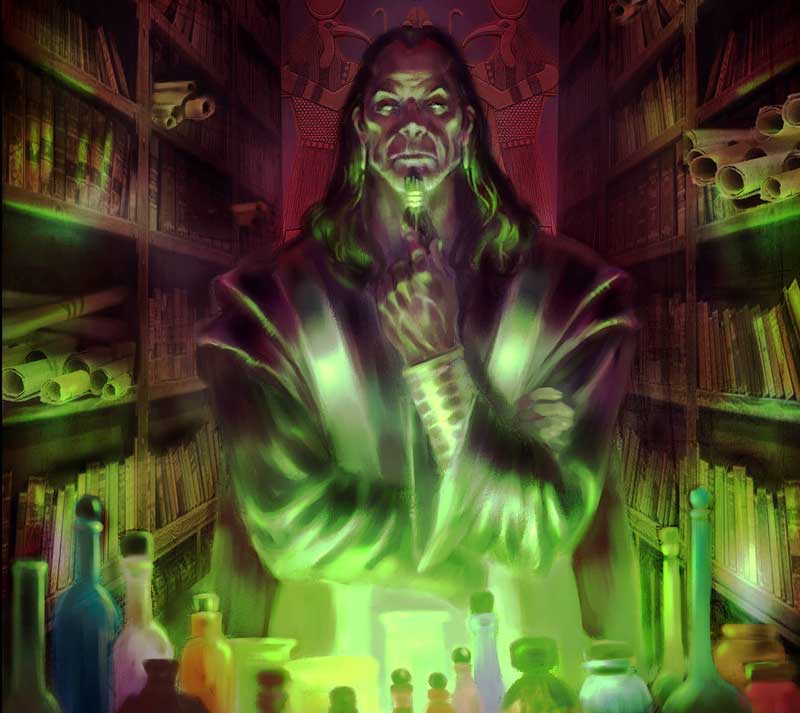 The Emerald Order is one of the few organizations in Demon Cults & Secret Societies that is not actively malicious. There are certainly many evil members who pursue their studies in the order for personal power and gain; however, their overall goals are not necessarily evil. In the first installment, we provided you with an arcane tradition available only to Emerald Order members. Presented here is a new background for those characters who have been brought up according to the esoteric doctrines of the Emerald Order.

You have spent your years being groomed as a member of an elite secret society, one that claims to possess and harness the very secrets of the universe itself. During your time in the Order, you have acquired knowledge, trained to be subtle and watchful, and prepared for the revelations of even greater secrets should your masters judge you trustworthy and loyal.

One thing you must decide is your current relationship with the Emerald Order. Are you still a loyal initiate, or have you since parted ways with the organization? Do you still have ties? Was the parting amicable or not? Whether you are still a member or have abandoned or been blacklisted from the Emerald Order, the organization has left an indelible mark on your personality.

Skill Proficiencies: Arcana, Deception.
Tool Proficiencies: Disguise, forgery, or poisoner’s kit.
Languages: Two of your choice.
Equipment: A bottle of green ink, a quill, a small knife, a journal in which your notes and scribblings are written in your own personal code, and a pouch containing 10 gp.

FEATURE: SECRETS OF THE ORDER

As an Emerald Order initiate, you are privy to certain secret callsigns and pass phrases, which can provide you with needed assistance from those you speak with or access to places, people, and information that might otherwise be unobtainable. The GM determines if a particular NPC with which you are interacting has ties to the Emerald Order. If they do, then indicating that you are part of the order with a callsign or pass phrase gives you advantage on any Intimidation or Persuasion checks made when interacting with that NPC. NPCs that discover you are not a member of the order or not operating on their behalf cannot be affected by this ability.

Emerald Order initiates are shaped by an organization that values control and secrecy, even above the pursuit of knowledge. An initiate is drilled to be guarded, cautious, and suspicious. This conditioning makes it difficult for an Emerald Order initiate to trust those outside the order, even if they are no longer part of it. Some even become paranoid. On the positive side, Emerald Order initiates are typically knowledgeable, attentive, and good at keeping secrets. One challenge of roleplaying such a character may be using the knowledge taught by the order to assist the adventuring party while not making compatriots privy to secrets and violating the tenets of the order.