Skip to content
Home / Delve into the Depths in the Kobold Blog / The 4th Pillar: Setting up an “Imbalanced” Campaign 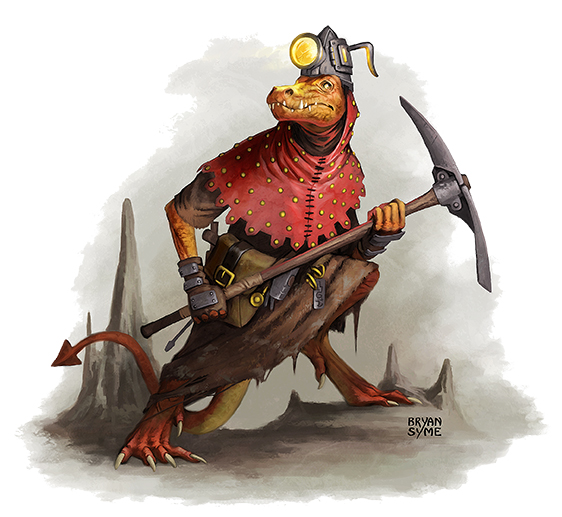 It doesn’t matter what game you’re playing: you can break all of its rules and go wild with how you want to use or ignore them. Take all of the best bits and run with them. What we’re talking about now is how exactly to begin doing that. Now, there’re no formulae for doing it, and I haven’t developed one myself—unfortunately, it’s all very unscientific—but I’ll do my best to lay out some ground rules for you. Bear in mind, there’re a lot of personal preferences and anecdotes here!

I’ve found that off-the-rails games work really well when there is a stark contrast between the PCs and their opposition. I’m not saying that RPGs shouldn’t bother with nuance, complex villains, or complicated moral quandaries; they absolutely should, and those make for some of the absolute best games, and you can totally run an excellent off-the-rails game using those elements. However, if this is your first rodeo, I’d stick to undead lich kings and armies of the undead or something fairly shallow in terms of, “But why are we killing them?”

Focusing on set piece items, monsters, and locales will allow you to really begin honing your skills for building these dynamic types of encounters we’ve been discussing. Think of your first imbalanced campaign as a bit of a testing ground for some of your craziest ideas. As time goes on, you can weave in more lore, history, and nuance to the tales you want to tell, and all of this rule abandonment will start to come to you as second nature.

While it may be tempting to stop mid-action in any game to make a rules call, it’s especially important in a game like this to never do that. Make sure that as a GM you have a good degree of mastery over the rules before running your first session(s) because the ability to dynamically make a call on how to solve something the rules don’t cover will ensure you can keep the pacing and tone of the game you’ve begun to build. After all, running an off-the-rails game doesn’t exactly work when you’re constantly referencing the rails you were trying to stay off of.

Encounters Should Be Deadly

Again, in an imbalanced campaign, you’re going to want to make a lot of your encounters be more trying than you would in most games, but that doesn’t mean that you want every single one of them to leave the party knocking on death’s door. There’s a difference between exhausting resources and exhausting your players. They should still get chances to feel powerful and in control. Just make sure that, when you’re building your encounter set pieces, there is not only the sense of actual danger but that there actually is danger. Don’t fudge those die rolls!

Focus on Minutiae that Matters

A lot of games allow you to focus on things such as travel, living expenses, and upkeep. Counting arrows, pints of oil, feet of rope, and everything in between can be compelling, but it often isn’t. You may want to focus on these things in your game only if they make the story more dramatic and not just another layer of bookkeeping. If the amount of lantern oil your characters hold is the difference between life and death because they spend a majority of their time in dungeons or otherwise oppressively dark environs, then by all means focus on it. However, the amount of gold per week spent on keeping your horse at the stable might not be so compelling. In a game where you’re taking things off the rails and focusing on dramatic and deadly encounters, make sure that for whatever things are being tracked on character sheets—whether it’s arrows, potions, bullets, or otherwise—that if those numbers dwindle too far your players start to sweat.

If you’re going to the trouble to put all of the work into building this world with your group, you may as well find ways to keep some of it completely unpredictable, even to you as the GM. If you are building out dungeons and locales, sometimes the main goals are set in concrete, but the journey from point A to B can still change a lot. Take I6: Ravenloft as an example: this adventure does an excellent job of adding replayability by simply changing the locations of a few items and for the main antagonist. If you’re generating a labyrinth of caves, corridors, city streets, or basically any other locale, you can always come up with alternate areas that the players might encounter. If you design ten but only put five to use, you can use the other five next time or simply randomly pick them to give players a false sense of security: “Ah yeah, the crypt is just past this antechamber. I remember from last time.” But then BAM, no crypt, buddy—this go-round it’s an ossuary filled with bone golems that vomit molten bone marrow. Got ‘em!

There are of course plenty of other guidelines for taking your game off the rails, but at this point, I’m confident that, having read this series this far, you’ve hopefully already begun to formulate a few useful ideas and are ready to start having some fun. Speaking of which, we’re going to talk a lot about fun very soon here. Until next time!