Skip to content
Home / Delve into the Depths in the Kobold Blog / Deep Magic: A Sneak Peek

The Deep Magic Kickstarter is soaring! There is so much magic on its way. And if you’re like me, you’re impatient for it… so I pestered Art Kobold Marc Radle for a sneak peek at some early, brand-new content!

You create a 10-foot-tall, 20-foot-radius cylinder of destructive energy around a point you can see within range. The area is difficult terrain. When you cast the spell and as a bonus action on each of your turns, you can choose one of the following damage types: cold, fire, lightning, necrotic, or radiant. Each creature or object that is inside the cylinder when it’s created, any each creature that ends its turn inside the cylinder takes 6d6 damage of the chosen type, or half the damage with a successful Constitution saving throw. A creature or object dropped to 0 hit points by the spell is reduced to fine ash.

At the start of each of your turns after casting the spell, the cylinder’s radius expands by 20 feet. Any creatures or objects enveloped in the enlarged area are subject to its effects immediately.

You take on some of the physical characteristics and abilities of the mithral dragon, growing protective scales, wings, and claws. Until the spell ends, your AC can’t be lower than 16, regardless of what armor you are wearing. You can take two actions on your turn to attack with your claws, dealing 3 (1d6) slashing damage on a hit. You have resistance to to acid and thunder damage. Up to three times while the spell is active, as an action, you can breathe a 20-foot cone of metal shards, dealing 27 (6d8) slashing damage to all creatures in the cone. A creature that succeeds on a Dexterity saving throw takes half damage from your breath weapon. Finally, the wings grant you a flying speed of 40 feet.

By calling upon an archangel, you become infused with celestial essence and take on angelic features such as golden skin, glowing eyes, and ethereal wings. For the duration of the spell, your Armor Class can’t be lower than 20, you can’t be frightened, and you are immune to necrotic damage.

In addition, each hostile creature that starts its turn within 120 feet of you or enters that area for the first time on a turn must succeed on a Wisdom saving throw or be frightened for 1 minute. A creature frightened in this way is restrained. A frightened creature can repeat the saving throw at the end of each of its turns, ending the effect on itself on a success. If a creature’s saving throw is successful or if the effect ends for it, the creature is immune to the frightening effect of the spell until you cast quintessence again.

You touch a creature of Huge size or smaller, or a single object no more than 20 feet in any dimension, and transform it into malleable shadow-stuff. Objects under the effect of the spell are not immaterial, but are easy to shape or compress. One could not walk through a door that is affected by the spell, but the door could be pulled aside like a curtain and bypassed, or pulled up like the bottom edge of a tent flap and crawled under even if the door was locked.

An unwilling creature can make a Constitution saving throw to avoid this effect. A creature under the effect of the spell is amorphous and can move through a space as narrow as 1 inch wide without squeezing. In dim light or darkness, the creature has advantage on Dexterity (Stealth) checks. A creature under the effect of this spell cannot make attacks or cast spells and has vulnerability to radiant damage.

You surround yourself with the forces of chaos. Wild lights and strange sounds engulf you, making stealth impossible. While wild shield is active, you can use a reaction to repel a spell of 4th level or lower that targets you or whose area you are within. A repelled spell has no effect on you, but doing this causes the chance of a chaos magic surge as if you had cast a spell, with you considered the caster for any effect of the surge.

Wild shield ends when the duration expires or when it absorbs 4 levels of spells. If you try to repel a spell whose level exceeds the number of levels remaining, make an ability check using your spellcasting ability. The DC equals 10 + the spell’s level − the number of levels wild shield can still repel. If the check succeeds, the spell is repelled; if the check fails, the spell has its full effect. The chance of a chaos magic surge exists regardless of whether the spell is repelled.

At Higher Levels. When you cast this spell using a spell slot of 5th level or higher, you can repel one additional spell level for each slot level above 4th. 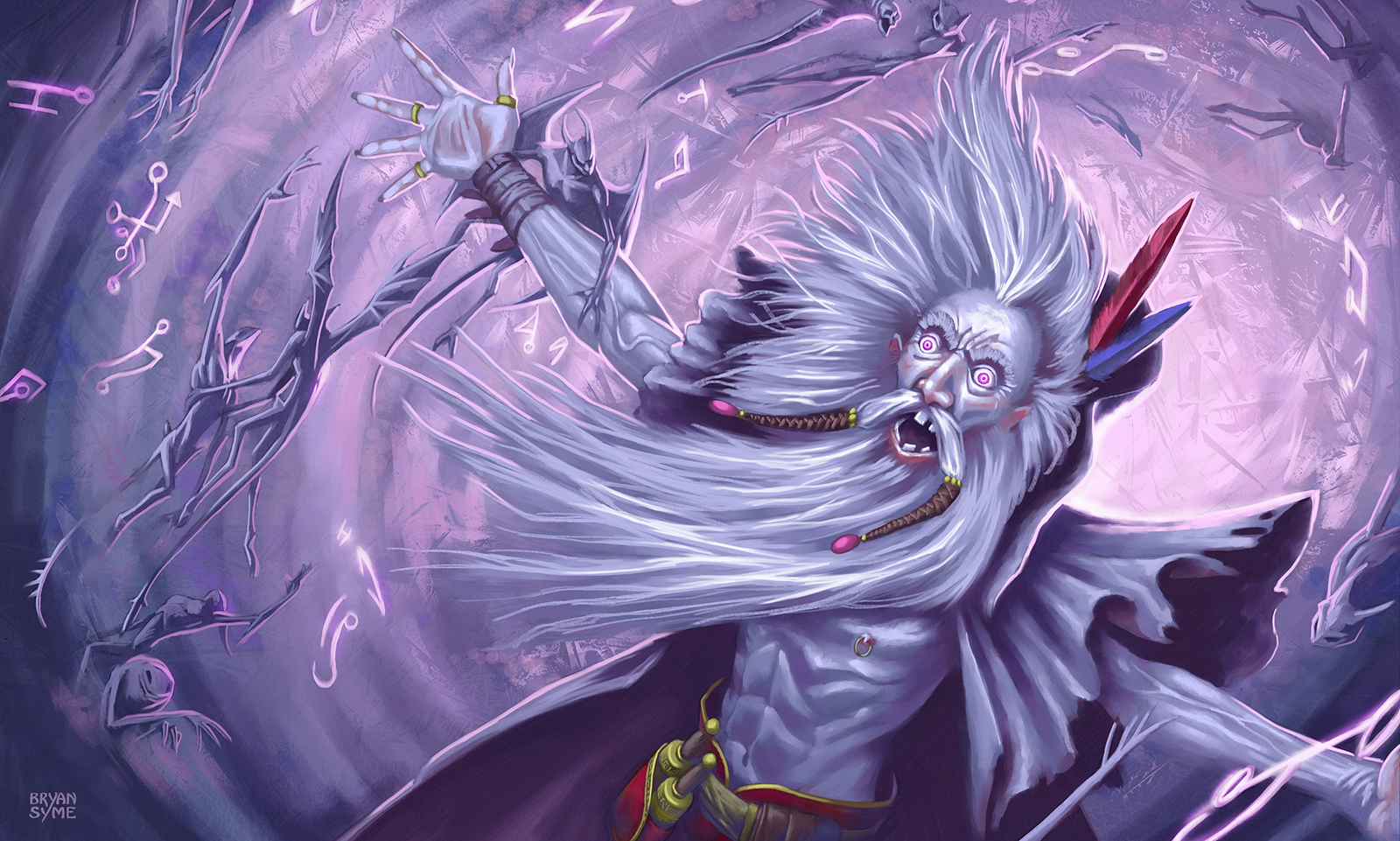 A tome collecting, updating, tweaking, and expanding every awesome spell, cantrip, and glamour derived from years of the Deep Magic for 5th Edition series—more than 575 new and compiled spells by the best in the business, including Wizards of the Coast staffers and A-list freelancers. And we’re adding a lot more to that list: divine domains, new arcane subclasses, expanded familiars and conjured servants, and yes, even more new spells.

Interested in adding some new and exciting magic to your world? Back DEEP MAGIC on Kickstarter now!