Skip to content
Home / Delve into the Depths in the Kobold Blog / Midgard Heroes: Doom Croaker 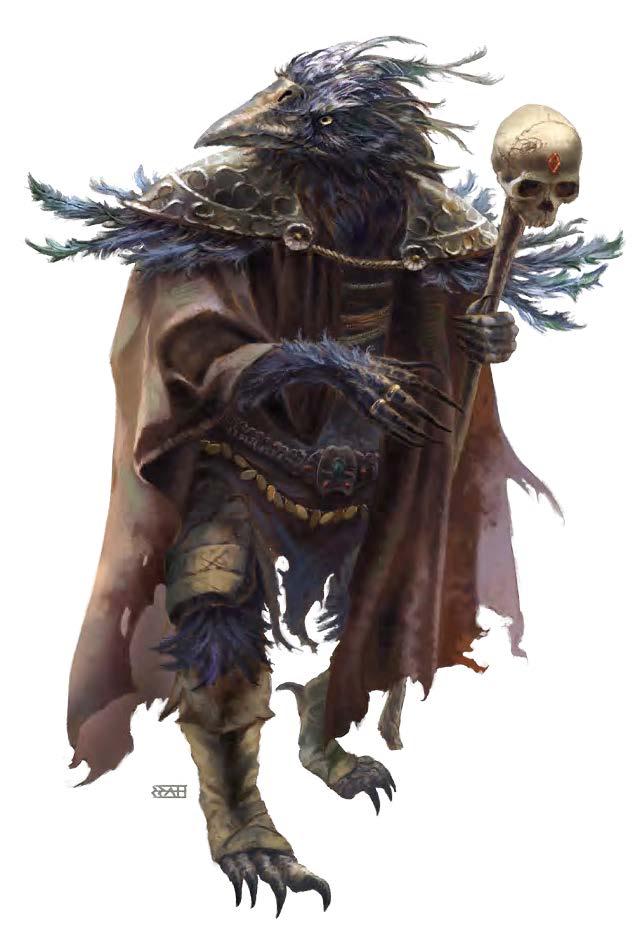 The doom croaker tradition originated among the Northlands ravenfolk and spread from there to the northern dwarves. Doom croakers follow the teachings of Wotan to gain glimpses into the infinite knowledge he was granted while hanging from the branches of Yggdrasil.

Common folk regard doom croakers with a mixture of fear and awe. The doom croakers carry the power of Wotan’s runes, and though people cautiously seek out croakers for their wisdom, they remain terrified of giving offense and rousing a doom croaker’s ire.

The rune magic of doom croakers is substantially different from the runes crafted by runecasters (see chapter 6). Except as noted below, doom croakers function as wizards and use the wizard spell list.

Beginning when you select this tradition at 2nd level, the gold and time you must spend to copy a divination spell into your spellbook is halved.

Starting at 2nd level, you can cast alarm as a ritual by tracing a rune onto the floor, ground, or other surface.

Additionally, at 5th level you add glyph of warding to your spellbook, if it isn’t there already. You can cast glyph of warding without expending a spell slot and without requiring material components. You can only have one glyph of warding cast in this way at one time. If you use this ability to cast another, the first glyph ends immediately.

Once you cast glyph of warding this way, you can’t do so again until you finish a long rest, though you can still cast it normally using an available spell slot.

Beginning at 6th level, you add clairvoyance to your spellbook, if it isn’t there already. You can cast clairvoyance without expending a spell slot. When you do, the casting time of the spell is 1 action.

Once you cast clairvoyance this way, you can’t do so again until you finish a long rest, though you can still cast it normally using an available spell slot.

Starting at 10th level, you can catch glimpses of the future. As a reaction after you or a creature targeted by your spells makes a saving throw, you can magically force the creature to reroll. The creature must accept the second result.

You can use this ability once, and you regain the ability to do so when you finish a short or long rest.

At 14th level, you add legend lore to your spellbook, if it isn’t there already. When you are at 0 hit points, you can reroll your first failed death saving throw.

If you die, your soul hangs in the branches of the world tree for seven days, after which time a huginn egg appears in the place where you died. You hatch from the egg in a new body as if a reincarnate spell was cast on you. Once you use this ability, you can’t use it again for 1 month…