Skip to content
Home / Delve into the Depths in the Kobold Blog / The Far Side of the Table: Narrative Mistakes 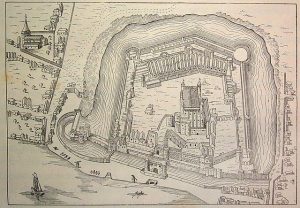 Leaning over the large mahogany table in Lord Boler’s war room, Strass, Azreal, and Kara surveyed the various maps and plans laid out across it. Nearby, Val’s body lay on a low bench, a bone-white sheet draped across his still form. A heavy silence hung in the air, the only sound being the steady drum of Kara’s fingers on the tabletop. After a few minutes, the door to the room opened, and Lord Boler entered, dressed in crisp military attire, breaking the silence as he said, “I’ve got it! I know where the gem is.”

Welcome to the table! In our latest session, the heroes learned the location of a magic item that could help bring back their fallen ally. Acting as an NPC, I told the players where the magic item was hidden, forgetting that in an earlier session I had told the players it was hidden in a different location. Today, let’s talk about narrative mistakes and what their effect is on the game.

What are examples of narrative mistakes?

Lord Boler jabbed at one of the maps with his dueling cane, emphasizing a half-drawn hunting trail as he said, “My spies informed me that this trail leads straight to the Greywater Caves. Only a few hunters used the trail, and apparently the last of them disappeared recently.” As Lord Boler paused for breath, the heroes shared a glance.

How do narrative mistakes affect the game?

Behind Lord Boler, Strass took in Val’s covered form. Lord Boler was the man who sent them into that trap, though he apologized for failing to predict it. Now he wanted to send them into another cave in search of a gem that might return Val to life. Launching a barrage of questions, the heroes asked, “We have different information saying that the gem isn’t in Greywater but to the east, in the Spire. How reliable are your spies, Boler? Should we believe them or our earlier contacts?” The characters saw a flash of surprise flit across Boler’s face. 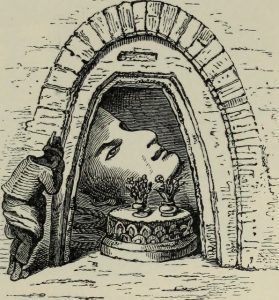 When considering a narrative mistake, ask whether it is immediately noticeable to the players and/or whether it will alter the pace and flow of the game. Often narrative mistakes can be passed over, hidden or adapted to suit the needs of the game. If you accidentally contradict yourself, as I did during the session, or let slip a piece of valuable information that you were saving for a climactic moment, pausing and letting the players talk it out with each other can help reveal whether that mistake will be something problematic or possibly useful. Often, the players will rationalize the contradictory information. Reminding yourself to pause, watch, and listen can yield really fun and fantastic results.

While some narrative mistakes can pass unnoticed, others may slow down the game or bring the game to a halt. During this session, the players started arguing among each other about the information they were given, and while I paused to see how the players were going to interpret what they were learning, I realized that the players were getting stuck. A few minutes after the start of their conversation, the players turned to ask me whether or not the information they had was correct. This was a pivotal moment for the game. In this instance, neither the players nor the scene could find a solution for the contradictory information. As a result, the game slowed down, and the players grew frustrated. In making this mistake, I was potentially harming the players’ experience and the trust the players may have in the NPCs. In this moment, I decided to tell the players that I screwed up and help lay to rest the confusion.

How can you fix or prevent narrative mistakes?

Whether you’re new to RPGs or have been playing for years, narrative mistakes can be a common occurrence. Usually they pass by unnoticed and sometimes they can surprise everyone at the table. As a GM, developing habits of notetaking and being prepared to let the players talk through a confusion can help mitigate narrative mistakes and may lead to great ideas for your game.

Finally, keeping in mind that GMs and players are not infallible can go a long way. During this session, when I decided to just admit to the players that I screwed up and confirmed that the players were right, it helped keep the game moving. Furthermore, it helps reinforce a trust between the NPC, Lord Boler, and the characters, which was one of the goals I had in mind during this session. 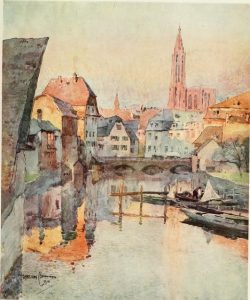 After a lengthy conversation with Lord Boler, which revealed that the lord’s spies were, in fact, wrong about the gem’s location, the heroes started their journey to the east and the Spire. A renewed sense of confidence settled on their shoulders. They had a chance to bring back Val, and now Lord Boler owed the heroes a favor for the many mistakes he’s made.

2 thoughts on “The Far Side of the Table: Narrative Mistakes”