Skip to content
Home / Delve into the Depths in the Kobold Blog / Treasure Tables: Priceless Artifacts 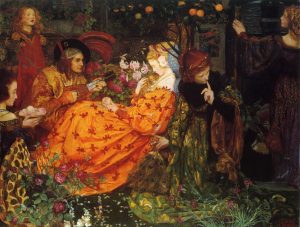 Priceless is really just another word for extraordinarily valuable. If someone ever tries to tell you that money is no object, use the following table to add a little variety to your loot or let it serve as inspiration for a story hook. The value of the items can vary at the GM’s discretion but are suitable replacements for a staggering amount of coinage or as the centerpiece for an extravagant collection, although they could be worth anything to the right person. You can roll randomly for a result below using the handy number provided with each entry to figure out your result on a d20. You can also pick one that works for the area in which your characters currently linger.

1. An enormous brass and steel orrery, animated by clockwork or magic in real time. The spheres are nearly perfectly aligned.
2. A well-polished brass oil lamp covered with intricate characters and a strange landscape in relief.
3. A tidy, well-kept wooden throne with padded seats made from incredibly soft fur.
4. A life-size porcelain-white mannequin wearing a garish outfit of ancient finery with poofy sleeves and legs.
5. A full-length silver mirror on a rolling stand. The reflection shows a person you have never seen before mimicking your every move.
6. A great hollowed horn, as though cut from a bull the size of a small building. The brass and leather fittings indicate that it could be blown by a creature of human stature.
7. A painted porcelain cat statue with one raised paw and decorated with characters in some unknown language. It holds a single enormous coin.
8. A simple gold and silver tiara with a sparrow’s egg-sized sapphire as the centerpiece.
9. A miniature castle constructed from a series of slick, modular blocks. Tiny, smiling figures man the parapets.
10. A stack of half a dozen ancient leather-bound tomes with gold edged pages. Upon opening them, the text faintly glows under your gaze and the woodblock images slightly animate.
11. A melon-sized, sharp-edged metal box with a glowing blue core shining out as though the whole thing were a giant’s eye. As you draw near, a series of chimes rings out from the box and the whole thing twitches as though trying to right itself.
12. A matte black sphere studded with a thousand tiny gemstones, many of them in the shape of recognizable constellations in reverse. The entire thing twinkles as though it contains a small flame.
13. A pair of crystal glass barrels with iron spigots. One is filled with a sloshing golden liquid and the other is filled with a sluggish silver fluid. Attached is a small, hand-written note: “DO NOT COMBINE”
14. A fist-sized ruby, cut in the shape of a human heart. It emits a faint warmth and soft glow, seeming to pulse in time to an unknown beat.
15. A trunk-sized gilded cage containing a small, oddly-shaped black creature. It stares imperiously over its too long nose.
16. A thick, leather-bound tome embossed with the image of a skeleton dancing with a dragon.
17. A featureless steel cube with one open side. Light does not penetrate the open side and an overwhelming sense of power emanates from within.
18. Some brilliantly polished ornamental armor in a style you have never seen before. Every surface shines as though freshly oiled.
19. An incredibly ugly copper bird bath, topped with two bipedal toads poised as though to urinate.
20. A large, cast pewter vial containing a quantity of strangely textured sand. It clumps and sticks in a single doughy mass.