Skip to content
Home / Delve into the Depths in the Kobold Blog / Warlock’s Apprentice: Creatures of War 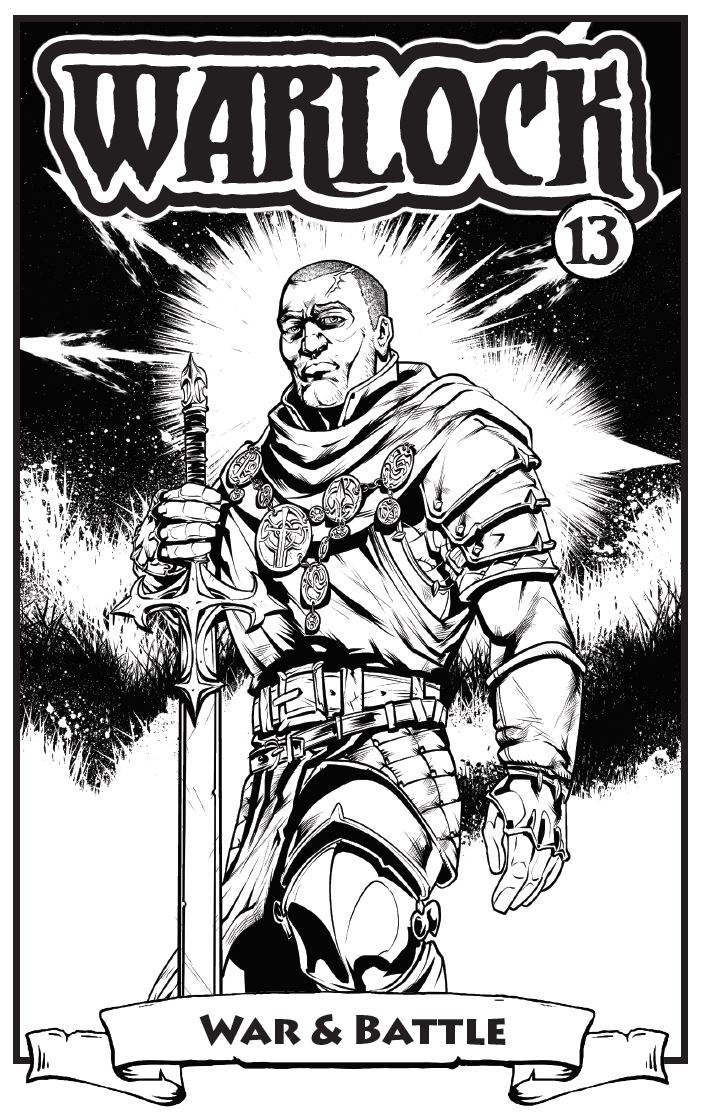 Intelligent creatures have used beasts and birds as implements of war since the concept of warfare was invented. Easy to train animals are used as mounts, messengers, weapons, and sometimes even siege engines if the creature is large enough. Appendix A of the Monster Manual contains statistics for numerous beasts that one might find on a battlefield. The beasts on the following pages are trained to thrive in a warzone. Many of them can be used by the animal trainer ranger archetype’s Train Animal feature detailed earlier in this book.

Training a Beast for Battle

You can use Wisdom (Animal Handling) to train a beast with an Intelligence of 2 or 3. Doing so requires the beast you desire to train and one week of training per point of challenge rating (minimum one week). During training weeks, six to eight hours per day must be spent with the animal being trained. The DC of the Wisdom (Animal Handling) check varies depending on the purpose you are training the beast for, but training a juvenile animal that has been separated from its parents gives you advantage on the check.

Basic Combat Training (Training DC 10). An animal with this training does not get spooked or flee when they are in an area of conflict. The animal knows which humanoids are friendly to it and which ones aren’t, even in a pitched battle. The animal will take commands from up to two humanoids. These designated humanoids can command the animal to Attack, Defend, Disengage, or Help by using an action to make a DC 10 Wisdom (Animal Handling) check.

Advanced Combat Training (Training DC 15). An animal with advanced combat training gains all the benefits of basic combat training, plus it will take commands from up to four humanoids rather than just two. In addition to the commands learned in basic combat training, the designated humanoids can command the animal to Dash, Dodge, Hide, Ready, or Use an Object. The Use an Object command can be used to deliver an object to another character or fetch it from a willing character or the environment. If possible, the animal remains on the field of battle until all of the humanoids friendly to it have left the area.

Deliver Message (Training DC 15). This animal can deliver a written message that has been attached to it to one of up to four specific locations, humanoids, or both, in any combination. One of the locations or humanoids must be designated as the messenger animal’s home. For example, a messenger falcon can be trained to deliver messages to its trainer (designated as the animal’s home), its trainer’s spouse, a tower in its trainer’s home city, and a garrison 150 miles away from its trainer’s home city. Once the message is delivered, the messenger animal will take a long rest before returning to its home. An animal in basic or advanced combat training can be trained to deliver messages as part of that training. Doing so increases the total DC of training the animal by 5.

Mount (Training DC 10). This animal has been trained to allow a humanoid of up to one size smaller than it to ride it and direct its movements. An animal in basic or advanced combat training can be trained as a mount as part of that training. Doing so increases the total DC of training the animal by 1.

Scout Area (Training DC 12). This animal has been trained to scout ahead and report back to its sender. The beast will maintain a range of 50–100 feet from its sender in a direction designated by the sender. The animal will then return to its sender to quietly report if it detects any dangers in the area scouted. If the animal is attacked, it returns to its sender immediately. An animal in basic or advanced combat training can be trained to scout an area as part of that training. Doing so increases the total DC of training the animal by 3.

The following creatures can all be trained for war.

Spit (Recharge 5–6). The cavalry camel spits a nauseating wad of phlegm at a single target within 15 feet. The target must succeed on a DC 12 Constitution saving throw or be blinded until the end of its next turn.

In the deserts of the Southlands, a cavalry camel is worth its weight in exotic spices. Aggressive to others but loyal to their masters, these combat-trained beasts are as much a weapon as a mount and will fight to the death to protect their riders if they are dismounted. Cavalry camels are usually single-humped dromedaries, though double-humped camels are not unknown on the battlefields of the South.

Prehistoric titans still walk the hidden jungle reaches of the Southlands. Despite being almost thirty feet in length, megaraptors are speedy, agile, and relatively light, weighing only 1 ton. Unlike other raptors, with their sickle-clawed feet, megaraptors have a footlong scythe claw on their forelimb that they use to dispatch their prey. Some Southlands tribes know the secret of raising and training megaraptors and use them as mounts and beasts of war…