Skip to content
Home / Delve into the Depths in the Kobold Blog / Out of the Frying Pan: The Wandering Roads of Dornig

The Wandering Roads of Dornig 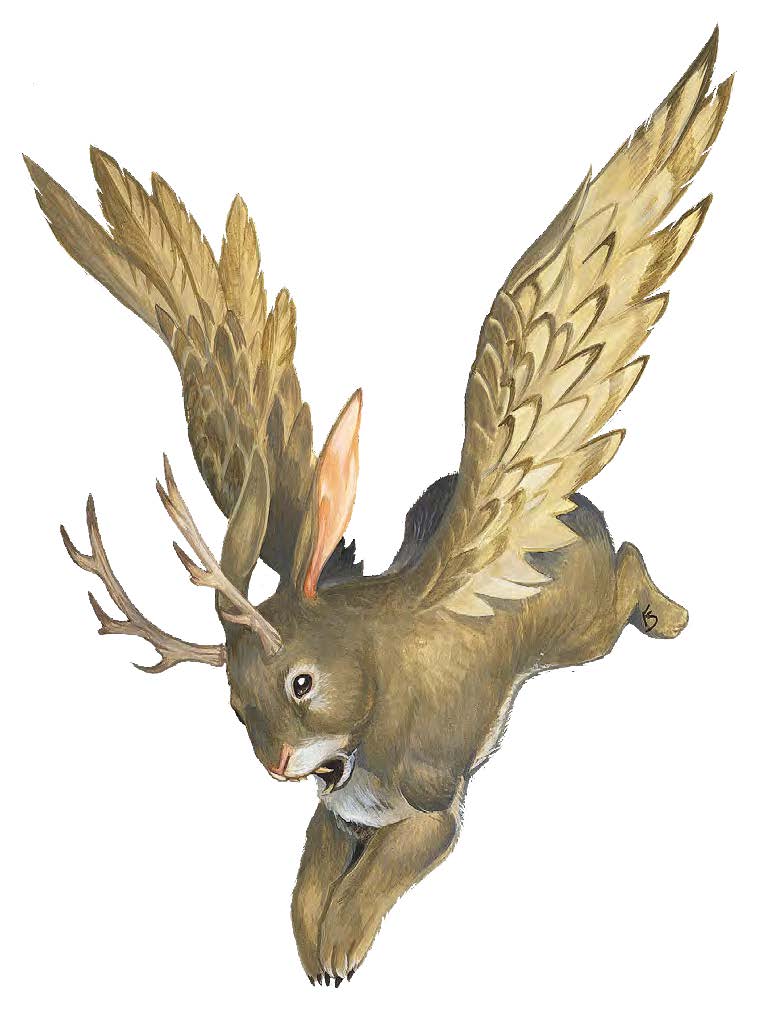 The rolling hinterlands of Dornig tumble northward, shouldering their way between the vast expanses of the Arbonesse and Tomierran Forests before rising into the Tonder Alps. Here, many older, more westerly roads and byways weave through or skirt the fringes of the Arbonesse, stretching for leagues through the dappled shade of its enormous, overreaching eaves.

Despite proximity to that enchanted, arboreal realm, the highways and cartways of this region are known for lack of robbery or “incident” (fey mischief) and for the frequency of patrols. This is particularly true of the holdings of Sir Roth Cerreck of House Aunun, the elf-marked Knight-Bachelor of the Silver Branch whose boundaries and precincts the PCs now approach.

No sooner than you close conversation on Lord Roth Cerreck’s steadfast reputation, you’re startled by commotion ahead. Rounding a wooded bend, you’re confronted by a bizarre sight. A teamster’s wagon sits mid-road, its horse team broken free. Scores of flowering vines and tendrils sprout from the road, entangling its wheels and axle. Stranger still is the peculiar, circus-like spectacle of highway robbery unfolding before you.

Ahead 120 feet (GM’s discretion), a man-at-arms dies, struggling weakly, his own warhorse savagely trouncing him into the dirt. Nearby a second man-at-arms lay dead between two sword-slain horses, having killed his killers. Aboard the wagon, a woodwose (see Creature Codex) grapples the wagon master while its pet wolpertinger (see Creature Codex) circles above. Close by, a pack of four blink dogs finish off a third hireling while behind them an ornately carved coffer drifts past, floating away as if by magic into the forest.

PCs can’t be surprised; the “highwaymen” can. For stronger groups, GMs might replace the woodwose and wolpertinger with a kitsune and wind weasel (see Creature Codex) or replace the blink dogs with dire wolves.

Developments. The wolpertinger, blink dogs, and warhorse attack immediately. The woodwose will incapacitate the wagon master, 1d4 rounds later, and attempt escape, leading PCs eastward. The chest is moving west, carried by the far darrig Scaga and a pombero (see Tome of Beasts), both using invisibility. Scaga and the chest continue to Encounter 2 while the pombero readies an ambush for PCs attempting to pursue.

PCs questioning a revived wagon master hear the following: “The wagon just lurched to a stop… those vines. Then the horses turned on us. Those damnable fey folk, they just… appeared.”

The ransacked wagon’s loaded with upset wine casks and crates of bottled wine. The wagon master reveals he and his men were also (secretly) delivering a special collection of vintages from Keep Aunun to Caias Gruffkin, a satyr noble and a royal vintner to the River Court. Now it seems that the chest of commemorative wines has been stolen by the River King’s own subjects.

PCs should recognize this excellent opportunity to garner acclaim and connections with both the Court of the River King and their neighbors the noble House Aunun. The wagon master offers significant monetary reward and hints at more “exotic” reimbursement for the immediate retrieval of the vintage wine. 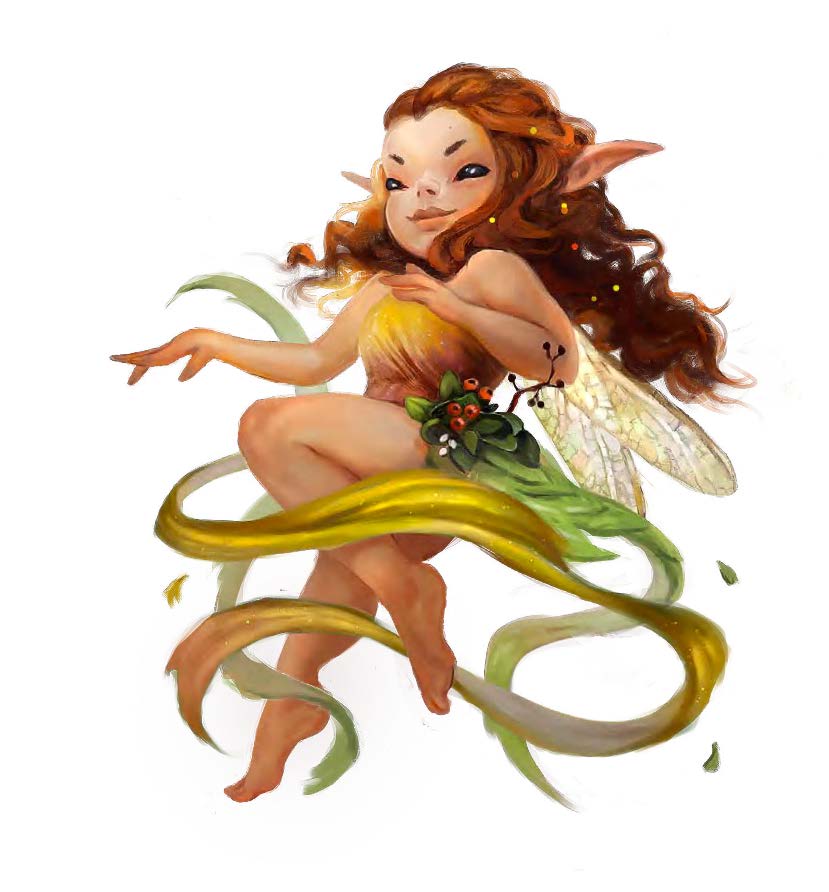 Adventurers giving chase will encounter the pombero lying in wait once three PCs cross at least 30 feet beyond the treeline. If the pombero (which flees once below 30 hp) is defeated, PCs will have little trouble tracking Scaga’s drag marks through the underbrush. After 200 yards (GM’s discretion), the PCs approach a clearing where a small, fey herdsman with an antlered cowl and a glaive of elkhorn (Scaga) argues pleadingly with a beautiful, gnome-like fairy, a korrigan (see Creature Codex) named Bellinia, begging her to forget the coffer laying nearby and flee with him into the forest.

Developments. If PCs don’t immediately attack, diplomacy may win out. The two fey lovers, knowing their plan is quickly unraveling, willingly negotiate. They explain the wagon master has deceived the PCs, and woe to any comrades they’ve left behind.

“We’ve not stolen but re-stolen. It was shadow fey that hijacked Lord Aunun’s yearly gift to the River King, murdering Aunun’s escorts and placing their own agents before moving ahead to make ‘preparations.’ The four you encountered are mortal lackeys, “mules,” nothing more. And we had them! Then you came.”

Recently un-welcomed at the River Court, Bellinia seeks to “rescue” King Ulorian’s stolen wines and regain favor at court. If PCs agree to “look away,” she offers them Scaga’s ring of invisibility and a +1 dagger in return. If PCs play hardball, a DC 13 Charisma (Persuasion) check convinces the lovers to accompany the PCs back for comrades if necessary before traveling together to return the River King’s wine.

Scaga reminds everyone that as night comes the shadow fey will soon investigate their overdue contraband.

If PCs insist on bloodshed, Scaga will fight until dead as Bellinia (and coffer) flee northwest. Meanwhile, the shadow fey draw nearer. 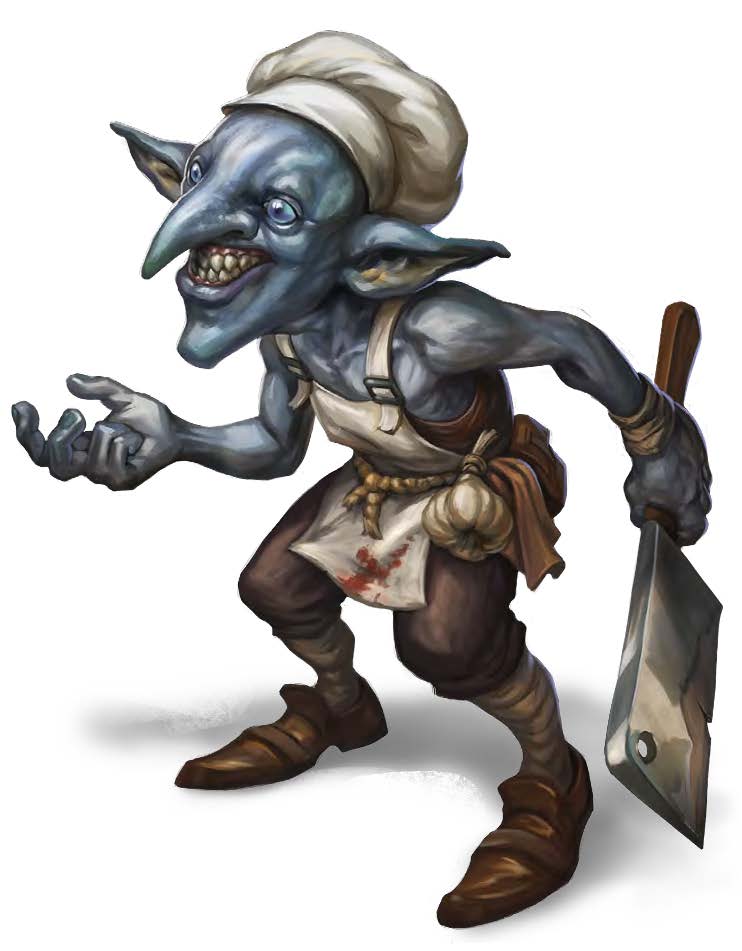 Stealthy PCs returning to the wagon might surprise the group of shadowy figures in the twilight. Preparing to enter the forest, they move away from the wagon, revealing the wagon master’s headless body in the road, his blood pooling in the muddy wine. The shadow fey brigands consist of two each of the following:  vile barbers, shadow fey guardians (see Tome of Beasts), and shadow goblins (see Creature Codex). PCs are immediately attacked once detected.

Developments. PCs who win the night find evidence among the shadow fey, proving much of Bellinia’s tale, including instructions in Umbral from one Malaedius Ebonbrook, along with the location of the murdered House Aunun couriers but no sensible motive. Perhaps someone at Keep Aunun or the River Court will know more.