Skip to content
Home / Delve into the Depths in the Kobold Blog / Scaler’s Alley: A 13th Age Compatible Battle 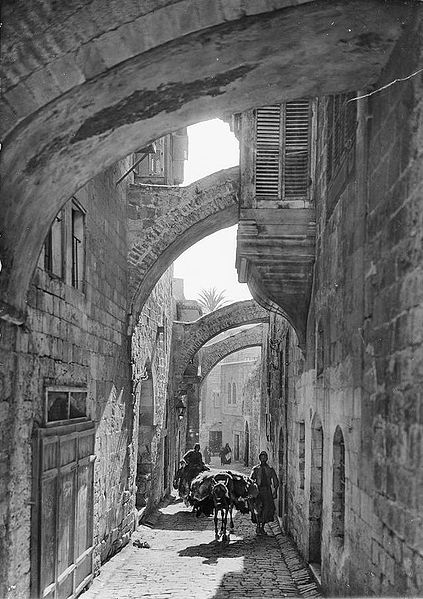 It’s been my privilege to work with Kobold Press almost since its inception—first as a copywriter and marketer, and later as a designer, developer and editor.

My favorite Kobold books to work on have been for the 13th Age Roleplaying Game by Rob Heinsoo and Jonathan Tweet. So, to help celebrate the 10th anniversary of Kobold Press, I’ve converted Christina Stiles’ Scaler’s Alley scenario in Streets of Zobeck for use in a 13th Age urban adventure. This battle takes place amid the murk and menace of Zobeck’s Kobold Ghetto, and of course it’s loaded with traps!

Scaler’s Alley is a notoriously dangerous part of Zobeck’s Kobold Ghetto. Locals have named it after its chief resident: Scaler, a winged lizardfolk the height of a dwarf and just as wide. Scaler has a reputation as a fighter of great skill, and commands a vicious gang of goblins. It’s common knowledge that if you value your skin, you’ll steer clear of Scaler’s Alley.

Whatever brought your heroes here—whether they were tricked into entering Scaler’s territory, needed an alternate route into Zobeck’s Cartways, or came here on a mission—they’re in for a nasty street fight.

Shabby, dilapidated buildings line the area around Scaler’s Alley, and drunken or drug-fogged kobolds lie in the street. The alley’s entrance reeks of burning lard and long-dead things. An occasional whistling, like steam escaping, emanates from the alley.

Inside the narrow alley, a thick, murky haze of smoke makes it hard to see anything that’s not nearby. The buildings are a mishmash of scavenged materials with boarded-up doors and windows, and rise four stories over the filthy, trash-littered street. Unusually, the sky is visible down the length of the alley.

Scaler’s Alley is shaped like an upside-down L. Its main stretch runs 200 feet long and then turns right, ending 80 feet later at Scaler’s stone house. The street itself is 15 feet wide and surrounded by boarded-up, dilapidated, 40-foot-high buildings. Here and there, passed-out, vomit-covered drunken kobolds lie at the bases of the buildings. As they travel down the alley, the PCs spot metal pipes jutting from the floor in various spots. The pipes (which vent smoke from underground tunnels and lairs) are the source of the haze and the whistling sound.

Slinger’s Ambush Gang boarded shut all the buildings’ doors and windows on the alley side to prevent their victims from escaping. Breaking through a door or window requires a DC 20 Strength check. Should the PCs break into the buildings, most of the squatters who live there will flee and hide at the PCs’ approach. However, some are deadly monsters who’ve made the Ghetto their home, and will use their knowledge of the buildings’ layout to attack the PCs: some possibilities include ghouls, dhampir, gearforged, a tiefling gang, or gnome diabolists.

The greatest threats in the alley besides Slinger’s Ambush Gang are the numerous traps lining the alleyway, starting about 20 feet in and running the 200-foot length of the main stretch. These traps are designed to whittle down intruders’ resources so either Slinger’s Ambush Gang or Scaler can defeat them more easily. As the party makes its way down the alley toward the ambush, spring three of the below traps on them. After the ambush, spring three more traps on them as they wake their way to Scaler’s lair.

A concealed pit with a layer of rotting garbage at the bottom. If a target falls in, rats, roaches, and large centipedes emerge from the garbage and swarm all over them, biting and stinging.

Attack: +10 vs. AC—4d6 damage, and the target smells terrible (-2 to all stealth or hiding skill checks for the rest of the day, or until the target bathes and changes or washes their clothes).

A spring-loaded arrow, tipped with a vial of acid, shoots from a concealed hole in the wall.

Lightning arcs between concealed metal plates on either side of the alley, striking one target and then jumping to other nearby targets.

Attack: +10 vs. AC (1d6 nearby creatures in a group)—4d8 damage to the first target hit, 2d12 damage to each additional target hit.

A small humanoid figure in a gray cloak emerges from a concealed trapdoor in the floor, fires a crossbow at a target, and vanishes back down. If the party opens the trapdoor, a bomb explodes outward. All targets standing next to the trapdoor are affected. Beneath the trapdoor is a shallow brick well containing either a fake kobold holding a crossbow, or a shattered, charred wooden framework, burning scraps of gray cloth, and a spring-loaded clockwork mechanism—depending on whether the bomb’s gone off or not.

DC 20 to spot/disarm the bomb.

When the target steps on a trapped paving stone, a magical iron ball and chain flies down the alley toward them. A manacle attached to the chain clamps onto their ankle and the iron ball rises into the air, carrying the target with it. At least one other creature must make a DC 20 Dexterity check to grab the target and prevent them from being carried off. If the check succeeds, the manacle opens and the device flies off into the sky.

If the target is not prevented from flying away, the ball carries them about 50 feet straight up into the air. It then emits a loud screech that summons a flock of maddened ravens from the city’s rookery. The ravens peck and claw at the target before flying away. The manacle then opens and drops the target.

When the target steps on a trapped paving stone, poison gas jets from one of the pipes embedded in the alley floor.

Attack: +10 vs. PD (1d3 nearby enemies)—2d12 damage and the target is poisoned. The target can either lose a recovery, or take a −2 to all attacks until the escalation die reaches 3 in the next fight.

About 60 feet into the alley, several members of Slinger’s Ambush Gang attack. The goblin slingers (directed by their captain) launch missiles from the rooftops on either side, while the goblin gutslicers rush out from concealed doorways at street level.

Natural even hit: The target is vulnerable (attacks vs. it have crit range expanded by 2) to attacks by goblins (hard save ends, 16+).

Dagger +11 vs. AC—21 damage if the goblins and their allies outnumber their enemies; 15 damage if they don’t.

Skilled interceptor 11+: Once per round, an engaged goblin gutslicer can attempt to pop free and intercept an enemy moving past it. Roll a normal save; on a 11+, it succeeds. (See shifty bugger and really, really shifty below.)

Natural even hit or miss: One nearby ally gets a +2 bonus to its next attack this battle.

Natural odd hit or miss: One nearby ally gets a +2 to defenses against the next attack made against it this battle.

Natural 16+ hit: One nearby ally may re-roll their next attack this battle.

At the end of the alley’s main road, the street turns to the right and extends 80 feet ahead, where it ends in a ramshackle structure made of uneven sections of stone. This is Scaler’s abode. The alley here is smoke-free, though the stench persists. Rocks of various sizes, trash, and bones clog this end of the alley, and rats scurry among the debris.

This part of Scaler’s Alley is home to Scaler’s pack of pet monitor lizards, and they help protect the alley and alert him to intruders. Some of the monitor lizards hide among the rocks, and others reside in the stone structure with Scaler. Two goblin slingers keep watch from the rooftops.

The monitor lizards and the goblin slingers will notice the PCs entering this part of the alley, unless the PCs have done something very clever to prevent detection. The goblin slingers ready their slings and the monitor lizards outside Scaler’s abode give a loud, disturbing warning hiss that alerts Scaler of intruders. Scaler will look out through a peephole and demand to know what the PCs want from him.

Scaler prefers not to fight if he doesn’t have to, but wants to keep his reputation as a badass intact. If the PCs are there seeking an item or information from Scaler, or are using the alley to enter the Cartways, they can choose to negotiate with him. Promises of favors or services that make Scaler look powerful to his neighbors add a +2 bonus to negotiation skill checks. (For example, a bard might promise to sing of his strength and combat prowess in every local tavern and on street corners, or a PC might offer to be on-call as Scaler’s lackey for a year.)

During battle, Scaler uses his multiple attacks to take out enemies quickly. When one falls, he moves on to the next threat rather than deliver a death blow. If the characters are losing, he offers to spare their lives if they hand over their weapons (which will be returned by the goblins after the party leaves the alley) and give him 500 gp. The PCs may attempt to talk him down lower, but he won’t go below 300 gp and a favor to be named later.

The monitor lizards enter the battle when the escalation die reaches 1.

Intermittent breath: Scaler can use fiery breath 1d3 times per battle, but never two turns in a row.

Resist fire 12+: When a fire attack targets this creature, the attacker must roll a natural 12+ on the attack roll or it only deals half damage.

Flight: Scaler can fly, but not very fast.