Skip to content
Home / Delve into the Depths in the Kobold Blog / New Paths: Ranger Talents for 13th Age 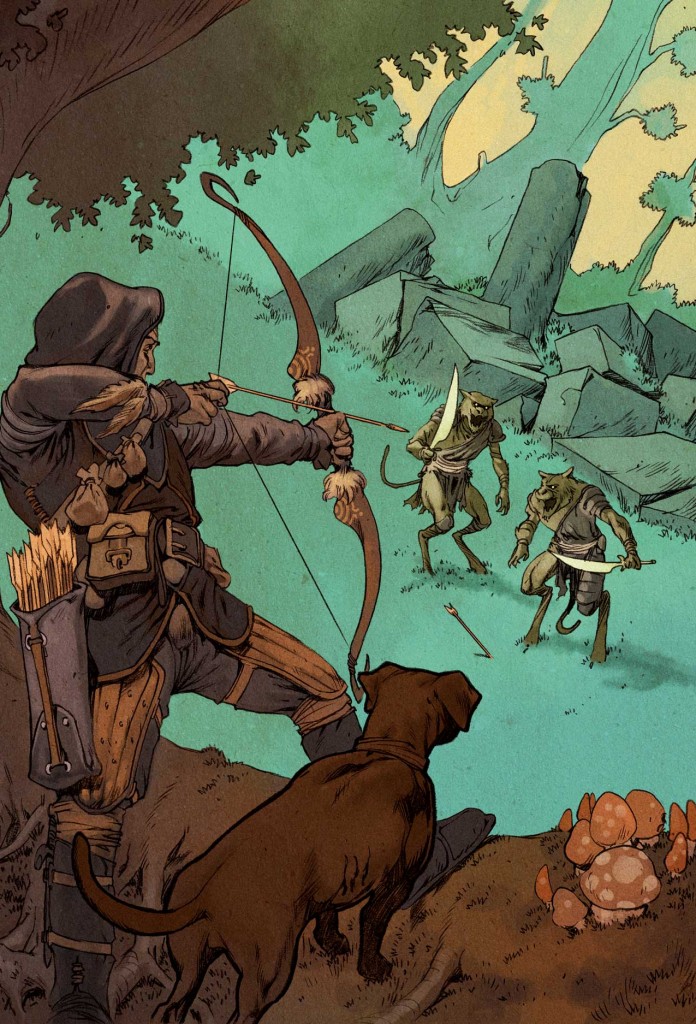 The New Paths Compendium contains a number of new, exciting options for Pathfinder players looking to expand on the traditional class molds.

As it turns out, a number of options in the Compendium are also useful for 13th Age players after a bit of translation. Let’s start by giving the Ranger some new Talents to expand her suite of abilities.

You gain a free +5 Background called “Wild Empath.” Consider renaming it to something more impressive that explains why you can communicate with animals, like “Bronzetail Wereboar Heritage” or “Everything I Ever Needed to Know I Learned from an Ocelot.”  When you encounter a natural wild animal, you can make a Charisma check using this background to interact with it. The check must be the first intended interaction your party has with the animal. If you attempt to attack it, escape from it or scare it away, the moment is lost. A success allows for opportunities such as:

End Hostility – The animal ceases attacking or threatening attack. So long as the party does not challenge the animal’s lair, young or livelihood, the animal treats the party with indifference.

Leave Hiding – The animal will come out from its hiding spot and briefly allow itself to be observed and maybe gently handled or treated for injury.

Serve as Mount – The animal will carry burdens and/or a rider of appropriate size. If the party tries to leave the animal’s home territory/herd/previous handler, another check may be necessary.

As a standard action, aim your bow at a target. If you hold the shot until after the end of the target’s next turn, you inflict extra damage on a hit equal to the maximum value of your weapon die (8 for d8 weapons, 10 for d10 weapons, etc). You lose the shot if you are hit by an attack or the target moves to a location Far away from its current position. This is not considered readying an action or delaying even though you are rolling your attack on a turn that is not yours. Your initiative score does not change. You may not use this Talent with Double Ranged Attack.

Adventurer: You may make a normal save to retain the shot if you are hit by an attack

Champion: You do not lose the shot no matter how far away the enemy moves as long as it is still in range of your weapon

Epic: The crit range of this shot expands by 2.

You know a small number of words of power that you can use to infuse your arrows with magical energy. As a quick action, you may change your arrows’ damage type to fire, cold, lightning, thunder, poison or acid until the end of the encounter or you change them again. If you have the Ranger ex Cathedral Talent, you may choose holy damage as well. The arrows’ damage does not increase but you can use it to exploit vulnerabilities and avoid resistances.

Adventurer: Once per round, you deal extra damage to the target and all adjacent enemies equal to your Intelligence modifier on a natural even hit with an enchanted arrow. You may also cause such an arrow to explode on command for a non-combative purpose (creating illumination, mimicking a signal flare, etc)

Champion: Once per day, you may loose an arrow of finding. The arrow will hit its target without error ignoring distance, resistances, obstructions or even differing planes of existence. In order to loose the arrow of finding, you must be able to tie something to the arrow that represents the target (some blood, a hair, a bit of fabric, etc). If you use this ability to return an arrow that the target used to attack you, it deals double damage.

Epic: Once per day, when you hit a target with an arrow you may immediately teleport to your target’s location. You may even be “riding” the arrow, perhaps by infusing your whole essence into it when you let it go.

Once per encounter when an enemy moves across an area of the battlefield you could shoot (i.e. not burrowing or teleporting), you may make an opportunity attack against that enemy. This attack does not benefit from any of your other Talents.

Adventurer: You may roll a normal save when making a ranged attack while engaged. If you succeed, you do not take opportunity attacks from your engaged enemies.

Champion: Your attack can benefit from the Lethal Hunter and Favored Enemy Talents if you have them.

Epic: Your attack can benefit from the Archery or Double Ranged Attack Talents if you have them.

You do not leave useable tracks when you travel through a forest or grassland. You may make a Hard skill check to prevent your allies from leaving tracks also.

Champion: You do not leave useable tracks in sand or snow and can try to prevent your allies from leaving tracks as well. 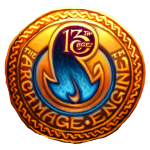