Skip to content
Home / Delve into the Depths in the Kobold Blog / My First Gen Con: Jeff Tidball 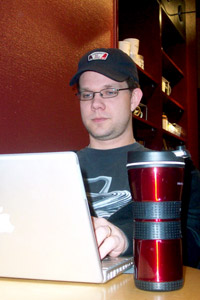 It’s Tuesday, which means the kobolds’ tunnels to Gen Con are near completion. Soon they will emerge from the depths and overrun the fair city of Indianapolis! In the meantime, Jeff Tidball has a memory to share in the latest of our “My First Gen Con” series of guest posts.

I learned about Gen Con in Dragon magazine, back in the days when TSR promoted the convention by bundling the pre-reg book into the middle of the magazine, a 16-page centerfold for game geeks. I was 11. It was 1987. I informed my dad I wanted to go. He was skeptical but indulgent—”We’ll see.” I can only assume he expected my enthusiasm would blow over.

I had a paper route and began to stockpile my price of admission. Cost of registration, my share of a room in the university dorms, and even, if I recall correctly, my share of gas money. Confronted with this level of devotion to the idea, my parents relented and the whole family made the trip along with a friend of mine from school…

The first game I played when we arrived on Friday night was a Car Wars event that ended with my car wedged between a pair of checkpoints—the result of an ignominious crash—from which the gamemaster ruled I couldn’t escape. The rest of the weekend was a similar roll of catastrophic in-game failures that amounted, nonetheless, to a collection of the most awesome gaming of my life to that time.

I eventually hooked up with a club of other local gamers to make the annual pilgrimage, with my dad also coming along each year until I had graduated from high school. I didn’t miss a Gen Con until 2000, the year I moved to Los Angeles, when I was literally driving cross-country on the weekend of the show. If you add up all the days I’ve been at Gen Con in my lifetime, it’s something close to 3 months’ worth. I think I’ll shoot to hit a whole year—4 days at a time—before I die.

Jeff Tidball is a freelance writer and game designer. He is also a co-founder of Gameplaywright, a website and book publisher interested in—nay, obsessed with—games and stories. You can follow him on Twitter @jefftidball