Skip to content
Home / Delve into the Depths in the Kobold Blog / Midgard Monster Lore: The Nightgarm (Part 2) 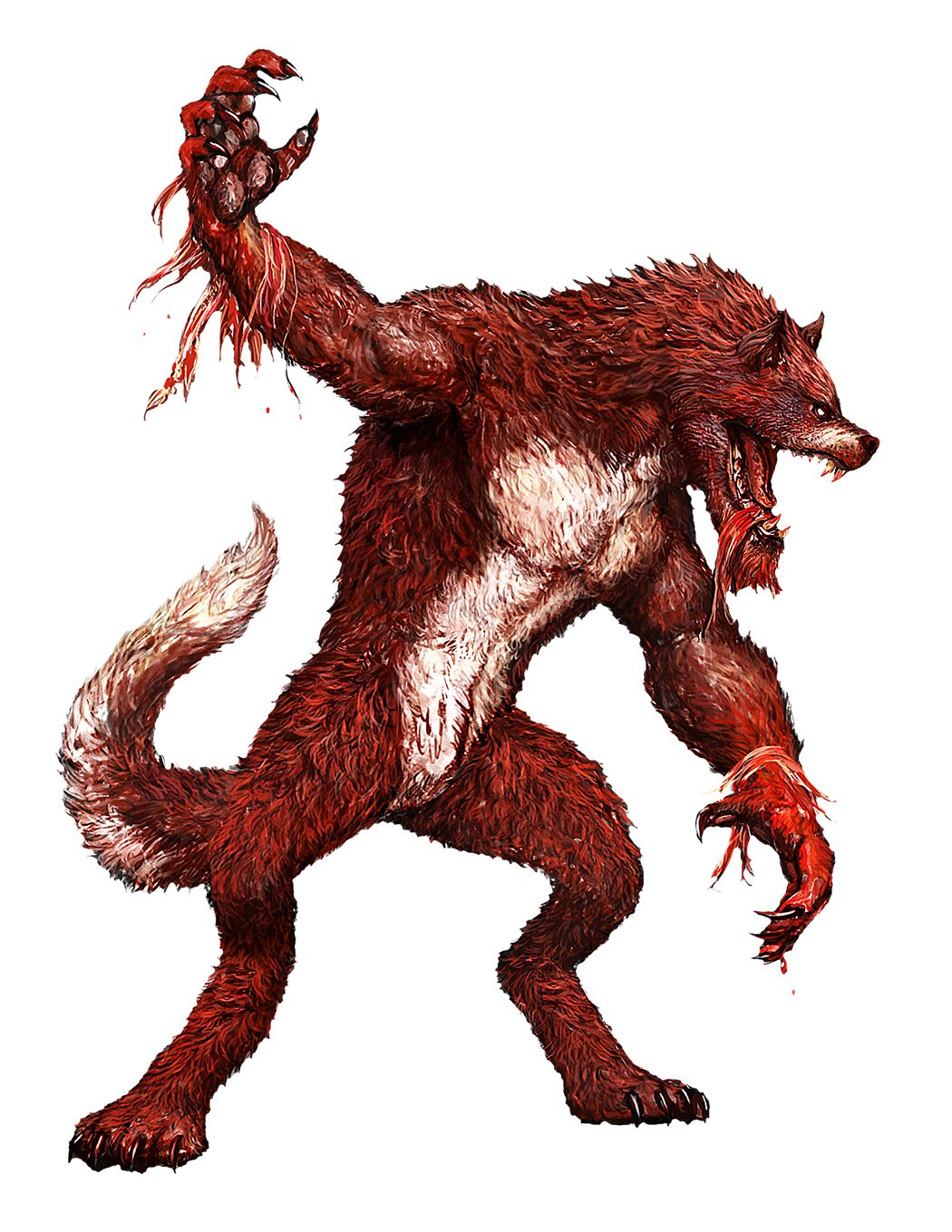 From the journal of Hallvard the Left-Handed, priest of the All-Father (continued)…

The old man leaned back on the bench with his fresh mug of ale and rested his head against the wall. He stared in the same unfocused way at the timber ceiling and spoke again.

When the howling began, the men paid it little attention, still waiting for Ox-Bjorn to explain himself. He set one end of the wooden beam in the snow and then lifted it again, this time holding it like a mattock, the thick muscles of his arms straining. Before anyone could react, he swung the timber sideways in a wide arc, striking one of the men so hard in the belly his feet left the ground, and he landed in a heap, doubled over and gasping like a fish out of water. Ox-Bjorn then tossed the beam at one of the men, sending him tumbling to the ground while he pulled a dagger from his belt and laid into the other man with it over and over before finally hoisting him up by the shirt at arm’s length and holding him there. Just then, the first of the beasts came gliding through the gate, one snatching the dying man and taking him to the ground as Ox-Bjorn turned and began walking back to the longhouse.

Something struck me about his tale, and I asked him if he saw all of this firsthand.

Yes, I saw it all. It’s true, but I don’t relish telling the tale, so let me continue.

The pack of wolves that poured through the gate was of a size unheard of. They moved like a wave on the shore.

Many weren’t proper wolves at all. There were worgs among them, shoulders as high as a man’s and some that ran on two legs like a man… but as fearsome as they were, they were nothing compared to the sound of the voice coming from outside the gate. There was a croaking, gagging sound to it as though she coughed up words, but it did something to you. If you’ve ever heard a dog snarling behind you when you didn’t know it was there, that’s how it felt. You heard it through your backbone.

“Prepare my seat at the feast,” she said.

Just then a warrior came hurtling from the longhouse. She bore a battered oaken shield, which hung on a post inside as a trophy, and a sword like the Khazzaki horsemen wield. Young and fierce, she barely cleared the door before she’d felled one wolf and planted the lip of her shield in the snapping jaws of another, snapping her blade in and out of the beast’s neck in an almost workmanlike fashion. She was something to behold. Every step she took forward saw another wolf fall dead in the snow.

I asked if he knew her name.

“No, I do not, but it doesn’t matter. They know it in Valhalla.”

A worg becomes a Fang of Fenris through the workings of the bestial cult of Fenris-Hati, who seek out the craftiest of worgs for this honor. Once absorbed into the cult, the worgs serve more intelligent and powerful creatures such as werewolves and nightgarms, aiding them in keeping large packs of varied lupine beasts in order.

Few things make a Fang of Fenris happier than tearing the arm rings from Northland warriors and wearing them as trophies, and whenever two or more of them gather in one place, they compare and boast to one another about how the trophies were taken.

A Fang of Fenris will not tolerate being mounted by a goblin, though they may let one get close enough to try before making a meal of them.

Keen Hearing and Smell. The worg has advantage on Wisdom (Perception) checks that rely on hearing or smell.