Skip to content
Home / Delve into the Depths in the Kobold Blog / Inbar’s Guide to the Northlands: To Thrymheim 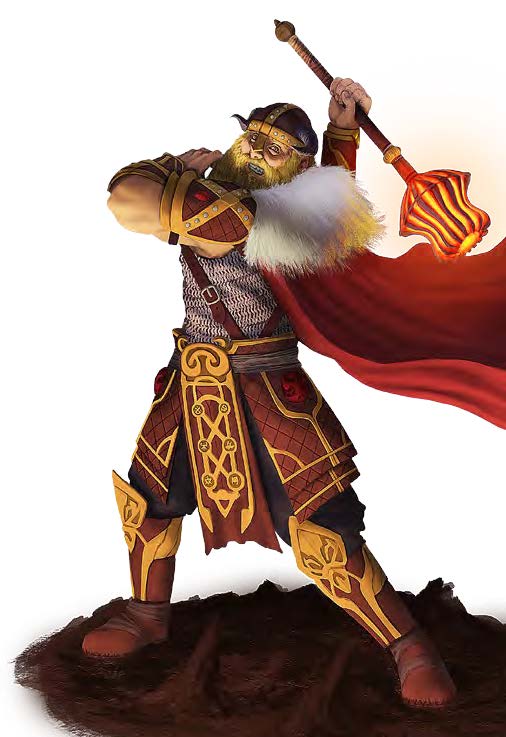 Circumstances in Gastropnir have become difficult to bear. New elements in the settlement have made it dangerous to be anything other than a giant. I am leaving today to journey to Thrymheim, another giant community. To do so though, I must brave a cold so vicious I cannot describe it.

The road from Gastropnir to Thrymheim is an unnervingly wide packed-dirt track marred by ruts from carts and barrows of all sizes. The path winds through the mountains, diverting around the most difficult bits of the terrain. Humanoid bones litter the fringes of the path, a constant reminder of the dangers travelers face. Bandits, animals, and monsters are potential hazards on the trade road as they are everywhere, attracted by the activity. The giant merchants traveling the trade road are also a hazard as the less reputable will kill and eat humanoid merchants and take their goods for resale. Wise humanoid travelers hew to a smaller, more rugged path, lying a mile north of that road. This cold road, as it is called, has a habit of destroying wagons and other conveyances. As a result, the cairns that dot the nearby hills are as likely to be hiding trade goods as they are to be some unfortunate’s final resting place.

While making haste for Thrymheim, I continue to see sights most fantastical! It seems that in Jotunheim, the region I am in, everything is larger than life, from the deer, to the wolves, to a creature that looks like a fur-covered elephant.

While the giants farming the region near Gastropnir tend to have large herds of regular livestock, the stone giants who farm deeper in Jotunheim tend to more exotic stock. Giant muskox and elk make up the bulk of the herds, but some of the farmers keep flocks of axebeaks and even small numbers of mastodons and mammoths. Axebeak eggs are a highly sought after commodity in frost and hill giant communities. Mundane predators in the region have adapted to match the size of their prey. Cave bears are even larger and fiercer than their grizzly cousins. Packs of horse-sized dire wolves haunt the forests, and sabre-toothed cats stalk prey from the trees, promising a swift death to anything they come on unawares.

In the near distance, I see the giant men and women work the land and am reminded that in many ways life is not so different for our peoples. When I register how much larger than humans the giants are though, I can only wonder how such immense beings can find enough food to sustain even small settlements.

The region of Jotunheim is both settled and wild. The lesser species of giants, ogres, ettins, trolls, and hill giants subsist primarily on the meat of their kills, whatever form that meat takes. Consequently, life for these creatures is often hard as food can be scarce, causing them to turn to carrion and cannibalism for survival. The more intelligent giant types have developed diets that consist as much of lichen, moss, ferns, and portions of trees as they do meat. Giant farms often appear to be orchards of pine, spruce, and fir trees upon which moss growth is encouraged. Ferns blanket the ground beneath the trees, ensuring the maximum amount of food is cultivated in the minimum amount of space. The ranchers’ herds range these orchards, finding their own subsistence there as well. There is relatively little waste on a giant’s farm. Ferns are hardy and grow quickly with care, and the trees can grow for centuries, blanketed by ever-thicker swathes of moss. Most non-predator-related danger to these farms comes in the warmer summer months when forest fires and insect infestation can claim hundreds of hectares before they are brought under control. Giant farmers in the north sometimes pool their resources to hire spellcasters to protect their holdings in the summers.

Shelter from the Cold

I think I was only an hour or two away from perishing. I lost track of my companions when the temperature dropped suddenly with snowfall and winds strong enough to knock me over. One of the nearby farmers saw me struggling and brought me into her home. I was suddenly struck with fright at the size of her but relaxed when I saw her home looked like so many other homes I have seen here.

Stone giants in Jotunheim usually live in simple but comfortable shallow cave complexes. Farmers of their species just as often live in stone farmhouses. Like most farmhouses, the heart of the home is the kitchen, and at the heart of the kitchen is an immense wood-burning stove. The wealthiest of these farmers has a dwarf-crafted stove, though the giants themselves have learned to create respectable ovens. The homes often smell strongly of pine from the ever-present pot of pine needle tea steeping on the stove or over the fire. Giant farmhouses aren’t built to accommodate smaller folk, but kinder representatives of the species sometimes allow members of the smaller races to set their bedrolls beside the stove when the weather becomes terrifying. Giants whose hospitality is rewarded with betrayal by their guests are implacable foes who will go to nearly any lengths to bring them to justice.

In the distance I can see the silhouette of Thrymheim. It looks like the biggest castle you can imagine set upon a giant pile of boulders. I will write you again once I find my bearings there.

Until then I am ever your daughter,
Inbar