Skip to content
Home / Delve into the Depths in the Kobold Blog / Memoirs of a Lich: Revenge 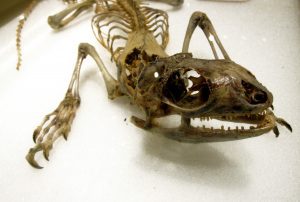 This is Osvaud. It is… I suppose… possible that some suicidally foolish spy still finds it appropriate to be reading the private thoughts of the ancient unkillable archmage. If that is the case, I actually want you to pay close attention to this particular page. Afterward, please take a second and imagine the worst possible thing that could happen to you. Then, realize that I am probably significantly more creative than you are.

Which brings us to today’s topic: revenge!

There is that old saying about serving it cold, but that’s lame. A real drive for vengeance is something that comes along once a century, if we’re lucky. The last thing we want to do is ruin that rare passion by being all methodical and calculating about it. I think that silly phrase only exists because mere mortals don’t have the resources to quickly arrange an emotionally satisfying conclusion.

I know I’ve been counseling you to draw stuff out and handicap your efforts. I’ve also said things about creating frenemies with calculated actions. I want you to also know that, every once in a while, you should just let loose. Think up the worst outcome for the target you can imagine, and inflict it. Drawing stuff out is great while you’re doing it, but those long-running diversions tend to blend together over time. By contrast, the stuff that makes us randomly chuckle forever tends to happen pretty fast.

The only other important thing to consider is that a good revenge should be poetic.

Remember, the jerk wizard that destroyed most of our spellbooks? Side note, never keep all of your spellbooks in one place. Make copies. We caught him, put him in a mind fog, and dominated him into disjunctioning artifacts until he lost all his spellcasting. Then we watched as Captain Commoner Equivalent did his best to outrun the ensuing divine intervention.

There was that dark cleric guy that managed to control us for a few months. He was aiming for lichdom and decided to skip over the hard work by making us do it for him. He got overconfident, and his control slipped, so we flipped the tables. After a fantastically fun game of touch attack tag (to the death), we used wish to turn him into a vampire. As if that wasn’t bad enough, we then spent a good week rubbing all his ridiculous weaknesses in his face. I think it was the tanning session on the beach at high tide that finally got him. Freaking vampires. Seriously, when you stop breathing you shouldn’t become more afraid of water.

I could go on, but I think you get the point. Every now and then someone is going to actually manage to get you riled up. When that happens, toss the normal rules out the window and go nuts.

Of course… if the person reading this isn’t me, I want to take a second to give my thanks for your sacrifice. Inflicting some fate worse than death on you is probably going to make for a lovely afternoon.