Skip to content
Home / Delve into the Depths in the Kobold Blog / Memoirs of a Lich: Vampires 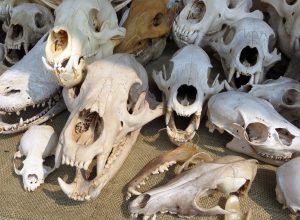 This is Osvaud. We’ve worked hard to catalogue a lot of important information for our use. On this particular occasion, we are going to be discussing literally nothing of real value. My only excuse is… what sort of bad guy would we be if we didn’t allow ourselves an occasional impassioned rant?

While liches are superior in every single way, vampires get held up as some romantic paragon of immortal undeath. The only thing I can compare my emotions to is the deep disdain I feel for sorcerers. It is so freaking insulting to get compared to some magical trust-fund kid. I worked to become a wizard. I worked to become a lich. I didn’t get to where I am because my great-grandpa got overly friendly with an efreet or because some emo corpse gnawed on me for a few minutes.

Vampires don’t even operate on the same level as liches. Ignoring the fact that any chump can become one (as opposed to say, only powerful spellcasters), they have so many weaknesses I don’t even know how they keep track. For example, I know that no vampire is reading this diary because it is contained within my home, and I’d sooner massage myself with a holy mace of disruption than invite one in.

Sunshine? Running water? Garlic? The list goes on and on. I mean, I’ve cringed at a few strongly presented holy symbols in my time, but they were at least held by clerics instead of commoners. Ugh. There is so much ground to cover on why vampires are lame. Yeah, you know what is almost never within nine miles of me? My phylactery. Unlike your coffin, you stupid vampire.

Okay, here’s another thing that’s always bothered me. Vampires drink a lot of blood. Where does all that blood go? I haven’t done any experiments (because gross), but I bet their digestion isn’t 100% efficient. I assume they have to use the bathroom occasionally, and on an all-liquid diet… you know it has to be awful.

And another thing, how are they always so good-looking when mirrors freak them out?! Do they have, like, vampire fashion clubs where they take turns doing each other’s hair and makeup?!

There is only one thing worse than a vampire. Vampire spellcasters. When I see a vampire spellcaster, it means one of two things. Either they are lazy incompetents who couldn’t pull off a phylactery, or they figured having a ton of easily exploitable weaknesses was worth maintaining their sex appeal. They are almost always necromancers, too, so it is not like they haven’t heard of lichdom. None of them even have the self-respect and awareness to be embarrassed about how lame they are. They always want to hob-knob with me like all us undead spellcasters should stick together.

Sorry for the rant, Osvaud, but I needed to get this out of my system. Like, how a vampire probably has to poop.