Skip to content
Home / Delve into the Depths in the Kobold Blog / Memoirs of a Lich: Foreshadowing, Part 2 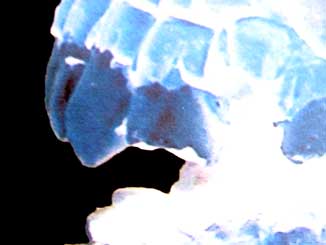 This is Osvaud. Last time we touched on the first half of foreshadowing, which is making sure you establish at least the smallest hint of how amazing you are. This is important because it grants your appearance the appropriate gravitas. It’s also always really funny making fighters stain their mithral full plate with a few week’s worth of backed-up trail rations.

The other important aspect to foreshadowing is your Epic Villain Plot. The reason for effort and the typical pitfalls are similar. You don’t want to take valuable time at the 11th hour explaining the intricacies of your overly elaborate, years-long scheme to banish all angels to the Demiplane of Death Metal.

Not only is it tedious in the moment, but any plan sounds awful if you actually explain it.

Most newb badguys handle this with clue-breadcrumbs strewn behind them—there’s a minion for the (totally not-evil) protagonists to use “enhanced interrogation techniques” on or a forgotten diary with enough plot points for even the densest lout to absorb with a quick skim.

And yes, future-me, I get the irony in writing that here. Shut up.

The ideal is for them to see evidence of what’s possible but on a significantly smaller-scale than the eventual goal. Then, you continually blow their minds as you ratchet up the actual ramifications over a few stages.

For example, if the rough plan is to infect every hypocritical religious leader with a hedonistic alien hive-mind, you start small. Like, let them run into a too-happy hippie cult that gets real creepy real quick. Then, maybe infect whichever toxically masculine, giant-sword-wielding testosterone factory makes one-too-many offscreen brothel excursions. The point is to let them discover the core principles on their own and have time to accept even the zaniest proposal. When they get a brief telepathic glimpse into the papacy’s bedchambers, it helps them internalize the ostensibly insane fact you are trying to take over the world with an extraterrestrial STD.

If you do your job right, with the patience any scheme deserves, they show up with an assumed understanding of the situation. But you never want them to know everything. Always keep the biggest reveal in reserve for you to personally drop at a pivotal moment. Like, maybe they show up thinking the plan is to spread the love to all the world’s prudish priests with teleporting glitter bombs. However, it’s really always been to corrupt the gods through their most powerful clergy. Suddenly, they’ve got to wonder exactly what it might mean if half the deities start knocking boots with reckless interstellar abandon.

Now, this example was exceptionally silly and purposefully so to underscore the thesis. Truth is though, almost every epic plot I’ve ever had or heard is utterly insane if you only take two seconds to think about it. Strangely, they all become way easier to swallow if contemplated for at least a few years.

If you’re still a bit worried… it also never hurts to conceal any plan’s absurdity with a dash of eeriness.

Like, even the above craziness would play well with orifice-burrowing alien parasites. To be fair, I bet that applies to about any plan though. Mortals and their orifices, right?