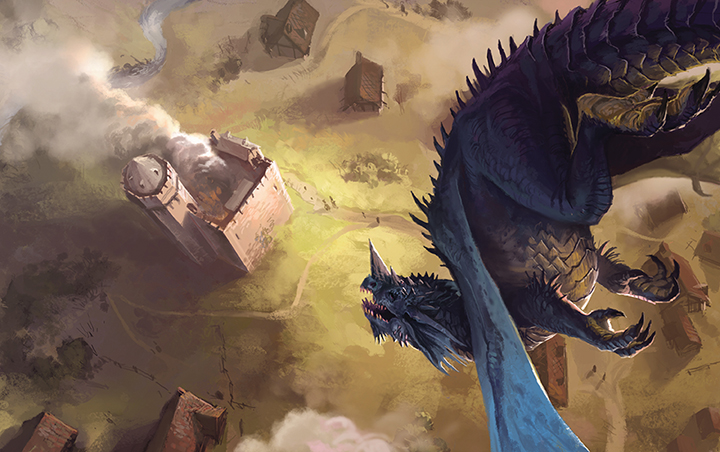 Somehow, words like “happy,” “pleased” or even “excited” don’t do this announcement justice. So just imagine the dazed grins on our faces when we say…

…Kobold Press, working as a design studio for Wizards of the Coast, has designed two adventures to support the upcoming Tyranny of Dragons storyline—Hoard of the Dragon Queen (out in August) and The Rise of Tiamat (October). These adventures are the first to work with the new rules set.

Veteran D&D designers Wolfgang Baur and Steve Winter are combining forces to provide fans of the tabletop roleplaying game with two dragon-packed adventures that takes your band of brave adventurers into the Forgotten Realms to do battle with the Cult of the Dragon and its dread queen, Tiamat herself. 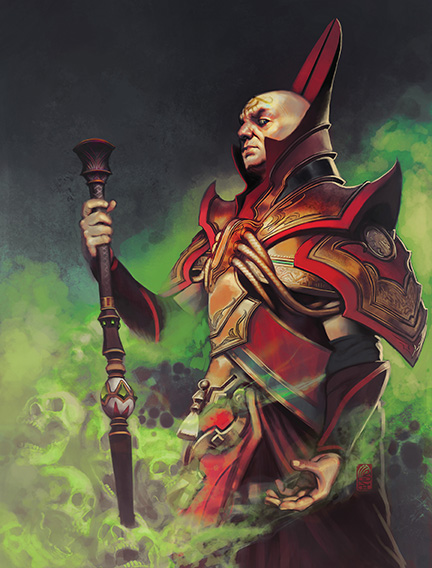 “Wolfgang Baur was at the top of our list for a reason,” said Mike Mearls, Senior Manager at Wizards of the Coast. “Between his work on Dungeon magazine in the 1990s and at Kobold Press today, he’s shown a keen eye for adventure design that few can match. What I love about Hoard of the Dragon Queen and The Rise of Tiamat is how Wolfgang and Steve Winter have approached the traditional adventure format. While the episodic structure makes it easy for DMs to trace the campaign’s humble beginnings to its epic conclusion, within those episodes is a level of flexibility and freedom for DMs and players that places this among the great D&D campaigns.”

We’re honored that Wizards invited us to be such an integral part of a new era in D&D history, and we can’t wait to share what we’re doing. From now until Hoard of the Dragon Queen is released to coincide with Gen Con, we’ll post more info about the adventures—plus artwork and designer notes—on the Kobold Press blog as a new series we call Tiamat Tuesdays. We look forward to telling you more about this amazing project.

For more information about the Tyranny of Dragons storyline and the products that support it, visit DungeonsandDragons.com.

And now, to answer some of your no-doubt burning questions…

Will Kobold Press design more official products for the next edition of D&D under the same type of arrangement?

Hey, we would be honored to do so! But right now we’re focused on delivering Tyranny of Dragons.

Do you know what license the next edition of D&D will be released under?

We don’t know, and under our agreement with Wizards, we don’t really need to know in order to design Tyranny of Dragons. Wizards of the Coast is the publisher; Kobold Press is a design studio. It’s a bit similar to the way that a video game studio might create a video game that another, larger firm brings to market.

Will Kobold Press continue to publish products compatible with other RPGs?

Our primary publications are compatible with Pathfinder Roleplaying Game, and our secondary line is the 13th Age RPG. We’ll continue to focus on those games, and others as it makes sense.

The agreement we’re operating under for Tyranny of Dragons is a one-time deal: Kobold Press doesn’t have blanket permission to produce products for the new edition of D&D.

Will Kobold Press create fewer Pathfinder RPG compatible products now that the next edition of D&D is here?

Absolutely not. Kobold Press will launch a major Pathfinder Kickstarter after Gen Con. We have a dozen Pathfinder releases in various stages of development, and we expect to spend most of our time producing Pathfinder RPG material in 2014 and 2015.

We’ll visit with the 13th Age RPG as our schedule allows, and as fans support it. We hope to announce one such product in September.

Kobold Press discontinued publishing new 4E material in 2013 with the Defenders of Midgard book as our final release. However, we’ve kept the Midgard Bestiary for 4th Edition and Courts of the Shadow Fey in print under the terms of the GSL. We’ll keep them in print as long as the license allows.

No, we don’t have plans at this time to publish new 4th Edition material.