Skip to content
Home / Delve into the Depths in the Kobold Blog / Howling Tower: A Terrible Place to Visit 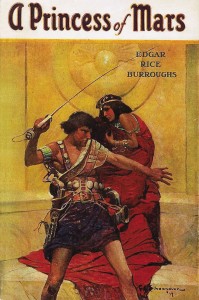 How often have you heard the phrase, “It’s a great place to visit but I’d hate to live there?”

When designing a fictional world, you’re actually aiming for the opposite reaction: “It’s a terrible place to visit, but I’d love to live there.”

Your world is a terrible place to visit because it’s falling apart at the seams. It might be threatened with conquest by a godlike necromancer and his undead legions; it could be undergoing some sort of magical catastrophe; it might be in the final throes of social collapse, overrun by zombies, engulfed in war, split into dozens of squabbling city-states ruled by iron-fisted, would-be emperors, or at the beginning stages of rebuilding from the ashes in the wake of any of the above.

The lone fact that your setting is ripe with possibilities for adventure is enough to mark it as a place where life can be difficult and dangerous. As real-life Indiana Jones prototype Lawrence Griswold wrote in Tombs, Travel, and Trouble, “Adventures, in retrospect, are pieces of extremely bad luck that missed a fatal ending.” Thanks to tabletop RPGs, we can enjoy 80% of the excitement with 0% of the danger.

Any good setting evokes a desire to visit. What child didn’t want to spend a few hours in Candyland, Neverland, or the land of the Wild Things? What grownup hasn’t daydreamed about drifting down the Mississippi River on a raft, knocking on the door of 221B Baker Street, or sipping a mint julep at Tara?

A truly compelling setting, whether for an RPG or a novel, goes beyond idle escapism. Readers and players don’t want to just visit; they want to live there. You don’t need to be unbalanced, misanthropic, or even unhappy with your life to suspect that maybe you really belong somewhere else. No one learns to speak Klingon or Sindarin on a whim. Is there a gene that’s common to enthusiastic fans of Middle Earth, Earthsea, Midgard, and the Forgotten Realms? It wouldn’t surprise me.

This idea is as old as fantasy fiction and make-believe worlds. It found one of its purest expressions in Edgar Rice Burroughs’s A Princess of Mars, in which the hero, John Carter, is mysteriously transported to Mars without his knowledge and against his will. Eventually he comes to love the Red Planet and its people, and to understand that Barsoom is where he belongs. When he suddenly and inexplicably finds himself back on Earth, Carter is nearly destroyed, and he devotes his life to finding a way to return to the strange planet and the woman he loves.

Burroughs set the bar high, but as a builder of fictional worlds, his mark is your ideal. Readers and players should feel at least a bit, like John Carter, that their real home is that other world. When the book is closed and the dice are bagged up, there should be a twinge of yearning to get back to that place that feels more like home than home.

3 thoughts on “Howling Tower: A Terrible Place to Visit”