Skip to content
Home / Delve into the Depths in the Kobold Blog / Grand Duchy: Traits From an Elfen Kingdom 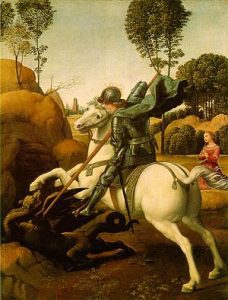 Who knew that grandmother’s stories told beside the evening fire were entertaining and contained elements of elf history? Did you ever wonder why warriors from Reywald and Donnermark often favored the warhammer, traditionally a dwarven weapon? And who doesn’t trust a resident of Salzbach to taste-test the contents of an unmarked potion?

Players who create PCs native to the Grand Duchy of Dornig might find that including these traits adds some of the region’s character in their Pathfinder Roleplaying Game.

But if you use another system, these traits can still be useful without the mechanical aspects. The traits can inspire D&D 5E-style boons or serve as background material for systems like FATE or Savage Worlds.

Whether you were raised as part of the Imperial Court or in one of the great houses of the Grand Duchy, you’ve started developing the social instincts needed to navigate the intrigues of courtly life. You gain a +1 trait bonus to Diplomacy, Perception, and Sense Motive.

You may have learned the lore of the land sitting at the knee of a grandparent as he or she recited tales of yore by the fire or from bards reciting poems as they passed through. You have the underpinning of this lore and can retell it, gaining a +1 trait bonus to Knowledge (history), Knowledge (nobility), and Perform (oratory).

Forged by Donar (Reywald and Donnermark)

Inspired by your city’s patron deity, you are as comfortable wielding a hammer as lifting a fork. You are proficient with any weapon with hammer in the name.

You are at home in the woods and greenery of the northern forests, gaining a +1 trait bonus to Knowledge (nature) and Survival. You gain an additional +2 bonus to Stealth when you go barefoot.

Your ancestors gained an insight into how to survive a long siege by learning to discern edible from spoiled foodstuffs by sniffing and by taking small nibbles and sips. You gain a +1 trait bonus to Appraise checks and can identify potion effects as if with a trained +10 Spellcraft check.

You emulate the ruling house’s motto “By the Strength of my Will” in situations that call for resolute determination. You gain a +1 trait bonus to Will saves and a +1 bonus to CMD checks.

Prerequisite: Cast divination spells
You have insight that allows you to pierce the disguises of dragons and their kind, especially when they masquerade or assume the form of humanoid races. You gain a +1 trait bonus to Perception and can discern a disguised dragon as if viewed with a true seeing spell.

You grew up in an environment of sulfur and ash to the degree that you can eschew materials, regardless of cost, normally required to cast spells of the evocation school.

From a trick learned by your ancestors as they leaped from their longships straight into battle, you gain a +1 trait bonus to initiative. Your first move in a combat situation is a surge that gains 5 ft. of speed.