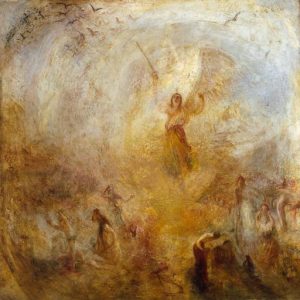 “There is wisdom in the ravings of a god.”

The words of creation contain such power they drive men mad. Only a mad god would wield them. Through constant exposure to divine syllables, you have learned to maintain your grip on sanity just enough to wield the terrible power of the divine tongue. In your pronouncements, you spew horrible details of the future or secrets believed known only to a select few, if anyone at all. Your words tear at the mental stability of opponents and leave them broken, raving husks…

Gibbering Action (11th): When you spend an action point to take an extra action, you gain a +2 bonus to saves to end the dazed, dominated, and stunned conditions and ongoing psychic damage until the end of your next turn.

Pronouncement of Fate (11th): When you score a critical hit with a divine power, you gain a +2 bonus to the next attack you make before the end of the encounter.

Psychotic Stare (11th): You gain a +4 bonus on Intimidate checks but take a −2 penalty on Bluff, Diplomacy, and Streetwise checks.

Sanity’s Wound (16th): An opponent you bloody gains vulnerability to psychic equal to 1 + your Wisdom modifier until the end of the encounter.

Words of madness assail your foe’s body and stun his mind.

The ramblings of a lunatic pierce reality’s veil, revealing truth.

You spew pronouncements of the future. The lucid ravings send the minds of your foes reeling, but your allies find valuable insight.